Venezuela’s socialism has led to this: Food price inflation hits 180 percent, forces eggs to $150 a dozen 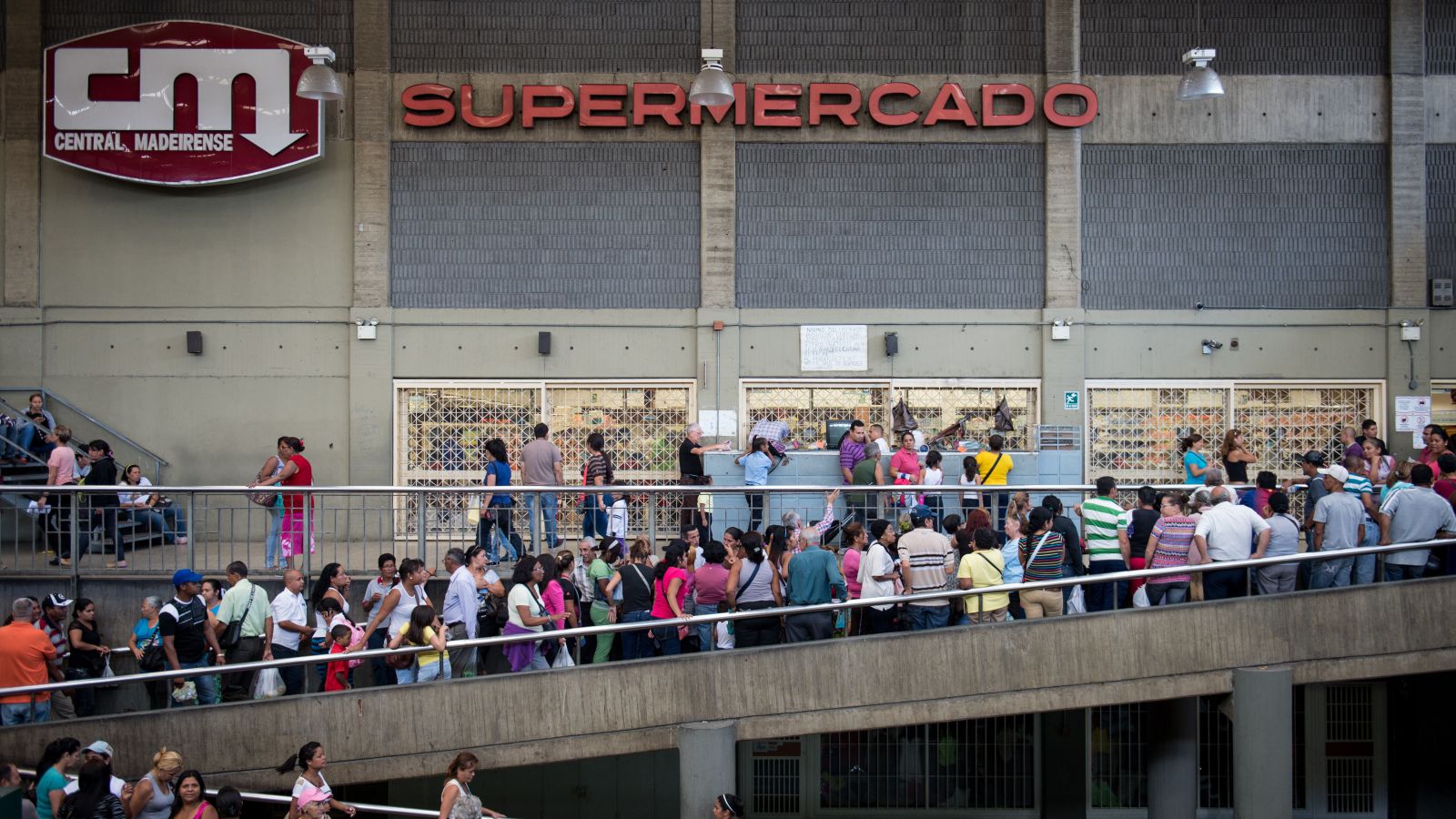 Democratic presidential contender Sen. Bernie Sanders is an overt, self-admitted socialist, and unfortunately his campaign is generating far too much support in a country that was built on free-market capitalism. If only his supporters would cast their eyes to Venezuela, where the country’s experimentation with socialism is failing – miserably.

As reported by The Daily Sheeple and the Los Angeles Times, inflationary conditions in the country are now so bad that ordinary people are spending entire salaries each week on nothing but food – and that’s if they can even find any. A dozen eggs, for instance, is $150. As the Times noted, one 42-year-old mother, Maria Linares, living in the capital of Caracas provided just one glimpse into the economic horror created by a succession of hard-Left socialist leaders who themselves never seem to do or go without:

In December, she was spending about half her salary on groceries. It now takes almost everything she earns to feed her two children, who subsist on manioc (also known as cassava or yuca), eggs and  cornmeal patties called arepas, served with butter and plantains.

“The last time we had chicken was in December,” she said.

Most Venezuelans get the best deals at government-run stores, where prices are regulated. But in order to shop at those stores, she and scores of others have to get in line overnight. And even then, the possibility is high that she might come home with nothing if everything sells out before she actually gets to go into the store – or if she is robbed while leaving it.

“The last time I bought food in a Mercal was three months ago,” she said. “They sold me one kilo [2.2 pounds] of rice, a kilo of pasta, a kilo of sugar and a liter of cooking oil for 1,540 bolivars. But to buy the basket of regulated products, I had to buy a watermelon for 400 bolivars. I didn’t want the watermelon and didn’t have the extra money to pay for it.”

She went on to say that she gets most of her food from illegal street venders (itself one the only capitalist enterprises left in the country).

Speaking of Linares’ monthly pay from her government job, it’s 27,000 bolivars, or $2,700 a month, at the official exchange 10-bolivers-per-dollar exchange rate, the Times noted. That includes a government food allowance.

“Now we are feeling hunger,” she said. “I don’t know what I’ll do if prices keep going up.”

CNN reported May 31 that the country was running out of just about everything – toilet paper, food, basic supplies, medicines, and even electricity. Businesses, what are left of them, are fleeing. “There’s a shortage of everything at some level,” Ricardo Cusanno, vice president of Venezuela’s Chamber of Commerce, told the news network. Cusanno says 85 percent of companies in Venezuela have halted production to some extent.

And still, the country’s president, Nicolas Maduro, doubles down on this failed economic model. He doesn’t even have the intestinal fortitude to take responsibility; he blames the country’s ills on some fantasy U.S. plot to take him down.

It’s bad enough that far too many people still fall for the lie that socialism is a viable economic model. It’s worse that leaders and would-be leaders use it as a means of gaining and keeping power with promises of “equality” and “wealth distribution.” It is unforgiveable for any American leader to arrogantly think he (or she) is smart enough to do it right.

Socialism as an economic model just doesn’t work. And it doesn’t matter who tries to make it work, it will fail each time it is tried because it violates inflexible rules required to experience true economic growth: supply and demand, motivation, incentive, and profit motive, among others. Socialism removes all of these principles, hence its lengthy record of failure.