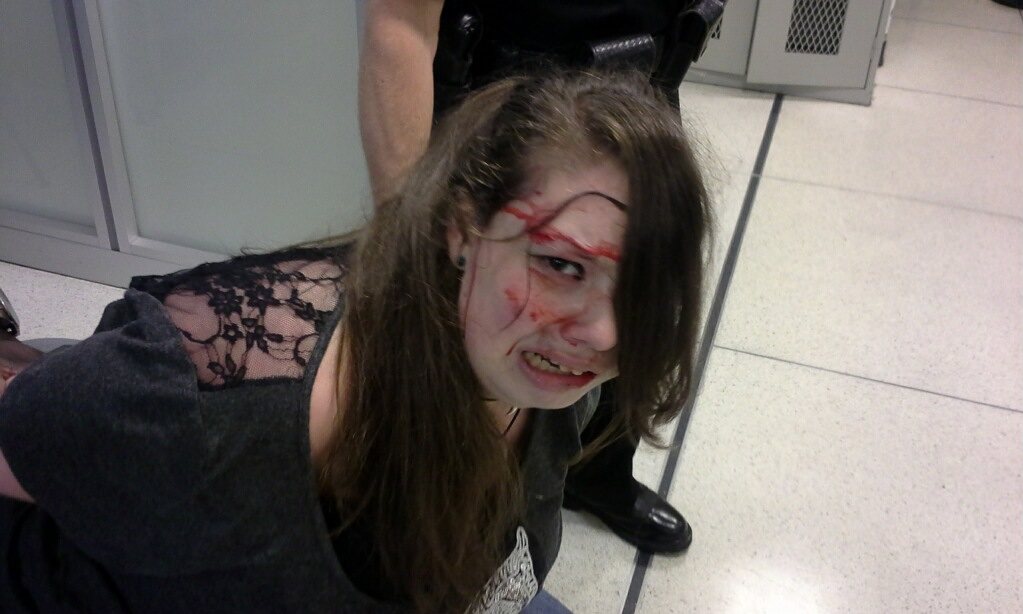 Just when it seemed as though the federal government — and specifically the TSA — couldn’t sink any lower, news broke of what is quite possibly the corrupt organization’s most heinous offense to date.

In an absolutely heartbreaking, infuriating bit of news, the TSA reportedly physically assaulted a partially blind, partially deaf cancer patient whose brain tumor renders her easily confused and frightened. The story is just as horrific as it sounds and is sure to fill you with rage.

18-year-old Hannah Cohen and her mother, Shirley, were just wanting to return to their home in Chattanooga from the St. Jude’s hospital in Memphis when they entered the airport. While traveling through the security scanners, Hannah set off an alarm. Believing this to have been caused by her sequin-covered shirt, the teenager attempted to remove it, and was promptly slammed face-first into the ground by TSA agents, blooding her face in the process. Her mother was forced to watch helplessly as she was detained by airport security.

These are the people who are supposedly protecting us from terrorists. These power-hungry fascists who are abhorrent at their jobs continue to abuse their power by harming law-abiding American citizens. Everyone who was ever traveled by air seems to have their own horror story about having to deal with the TSA and the the stories are just getting more and more violent with every passing day.

This unjust tyranny must come to an end — and soon. Thankfully, all charges were dropped against Hannah, but that’s simply not good enough. Where are the charges against the TSA? How much longer will we allow them to get away with these gross obstructions of power?

The Cohens are currently seeking justice. Here’s hoping that they receive it. There are few things that sound more satisfying than a complete and total shutdown of the TSA — especially after this.