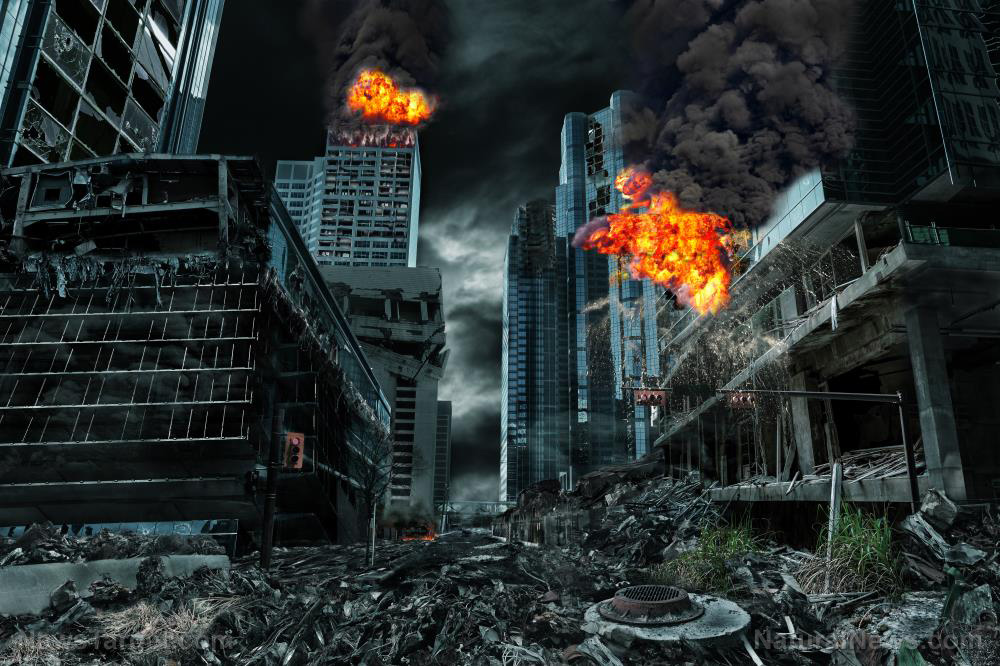 Will the United States soon enter a second civil war? Polling data from Georgetown University shows that an overwhelming majority of Americans believe a civil war is coming down the pike — and most people aren’t actually willing to make the changes necessary to stop it. Across the board, Americans are doubling down on their political values and are refusing to compromise on the issues tearing the country apart.

Government officials say that there is a substantial chance that America will enter a civil war within the next 10 or 15 years, meanwhile other experts say the war has already begun. When the war truly begins may be up for debate, but at least one thing is clear: The United States is rife with civil unrest and political animosity. That could easily prove to be a greater threat to our nation than any foreign power.

Survey shows voters believe America is on the edge

Polling data collected by Georgetown University‘s Institute of Politics and Public Service indicates that “more than half the likely electorate thinks we are more than 70 percent of the way to being at the edge of civil war.” But that’s not all. It turns out most people now blame the mainstream media and social networking sites for fanning the flames of unrest.

The research was led by two polling groups: The Tarrance Group (Republican) and Lake Research Partners (Democrat). They found that in addition to believing in an imminent civil war, many voters are conflicted about compromise.

Celinda Lake, of Lake Research Partners, says that 86 percent of voters surveyed said that finding common ground should be a goal for politicians — yet 79 percent also said they were tired of leaders who compromised on their values, and instead want someone who stands up to the other side.

While the nation is split on an array of political issues, voters on both sides of the aisle blamed media, politicians, special interests and social networks for the increasingly deep divide between the Right and the Left.

Some 81 percent of survey respondents named special interests and social media as being key contributors to America’s vitriolic political landscape. Politicians and mainstream media outlets like CNN and MSNBC were also named as top influences in America’s unrest.

The war is here already

Last year, State Department official Keith Mines said that there was a 60 percent chance the United States would enter a civil war within the next 10 to 15 years. But many experts believe that the civil war has already started.

It is not a secret that social media networks like Facebook, Twitter and YouTube have been actively conspiring to suppress conservatives. Their acts of blatant and unjustified censorship have been the subject of much scrutiny.

Mike Adams, founder of Natural News and creator of Brighteon.com, was recently banned from Twitter without provocation — and just two months later, another conservative has been put on the chopping block.

Facebook has come under fire for similar unceremonious and unwarranted bans and suspensions, and for censoring a wide variety of content, including information on vaccines and advertisements for conservative politicians.

The mainstream media, of course, has long been accused of pushing propaganda and creating their own version of events to supplement their agenda. The Covington Catholic scandal is plenty proof of that.

It is no surprise then, that many experts believe the civil war has already started — perhaps, beginning with the Left’s targeted attack of prominent conservatives. In addition to silencing them in the social media space, Democrat politicians have been accused of openly plotting to kill their conservative counterparts. Is it any wonder we’re at odds?

See more coverage of the Left’s attack on America at CivilWar.news.