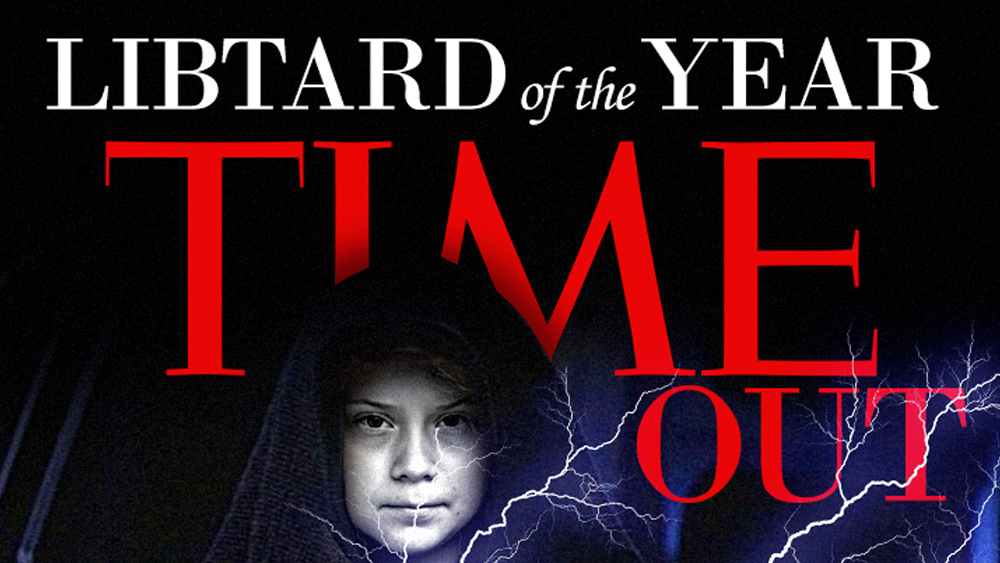 Oh, the glory of left-wing stupidity. With each new Nobel Peace Prize, TIME Magazine award or Snopes “fact check” fiasco, Leftists bring new harm to all the thinking people of the world by forcing them to roll on the floor in fits of unending laughter tinged with hyperventilation episodes and cries of, “Pleeeze make it stop, oh God, oh God!”

According to a new study cited by the Babylon Bee — a satire site that unintentionally prints more actual facts than the New York Times and the Washington Post combined — “A new study found that most people would rather be annihilated by a giant tidal wave caused by climate change than continue to be lectured by climate change activists.”

But the deranged, lunatic Left demands you bow down to their demands for obedience, conformity and narrative-driven insanity on every topic imaginable.

Especially “climate change” … or whatever name they’re calling it this year.

And instead of making rational, informed arguments offered by credible scientists who don’t fudge the temperature numbers and write fake algorithms that generate “hockey stick” graphs out of any set of numbers you enter, the powers that be have decided to give us “Groota Thunderpants” as this year’s “Libtard of the Year.”

Behold. Then bow and surrender, mere mortals, for your God has been unveiled, and she is an angry, frustrated teenager who’s convinced her anger overrides reality. (Which is, of course, exactly what every teenager believes, which is why we don’t let them drive our cars and drink our beer.)

Share everywhere. Get banned. Give your finger to the establishment and tell Groota Thunderpants to go blow a seal or something. 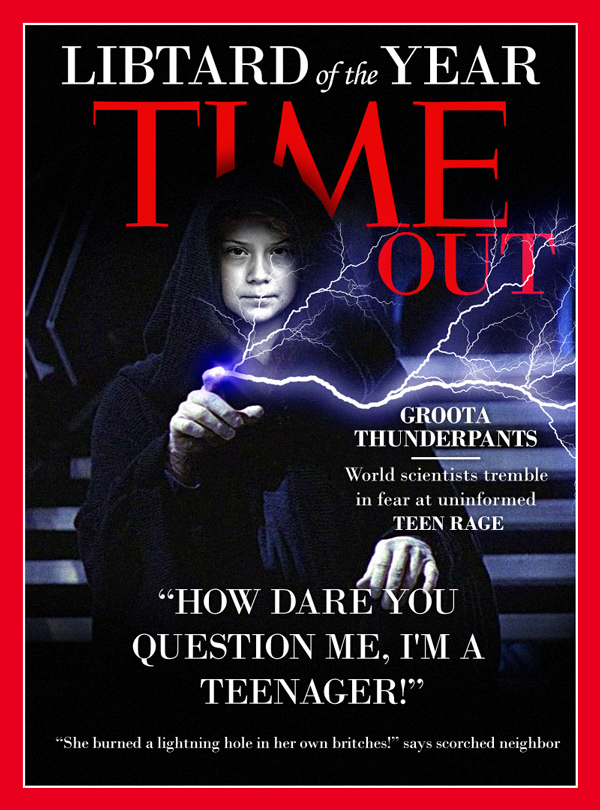 As the Babylon Bee reports:

Several respondents rushed straight to the ocean, arms outstretched, and asked the sea to take us all. “Come, sweet death,” one man scrawled on the survey response form after hearing just 30 seconds of a Greta Thunberg lecture. “O, sweet release that ends my suffering on this mortal plane! Embrace me in your salty arms, great wave of destiny. Honestly, between Greta and the climate change, I’ll take the climate change.”

Want to read some real climate science news? Visit Climate.news and be amazed. It turns out the planet actually isn’t going to be destroyed in the next 10 years.

It also turns out AOC is an idiot, but you already knew that. Never fear, there’s always another “Libtard of the Year” slot available in next year’s TIME (out) Magazine!