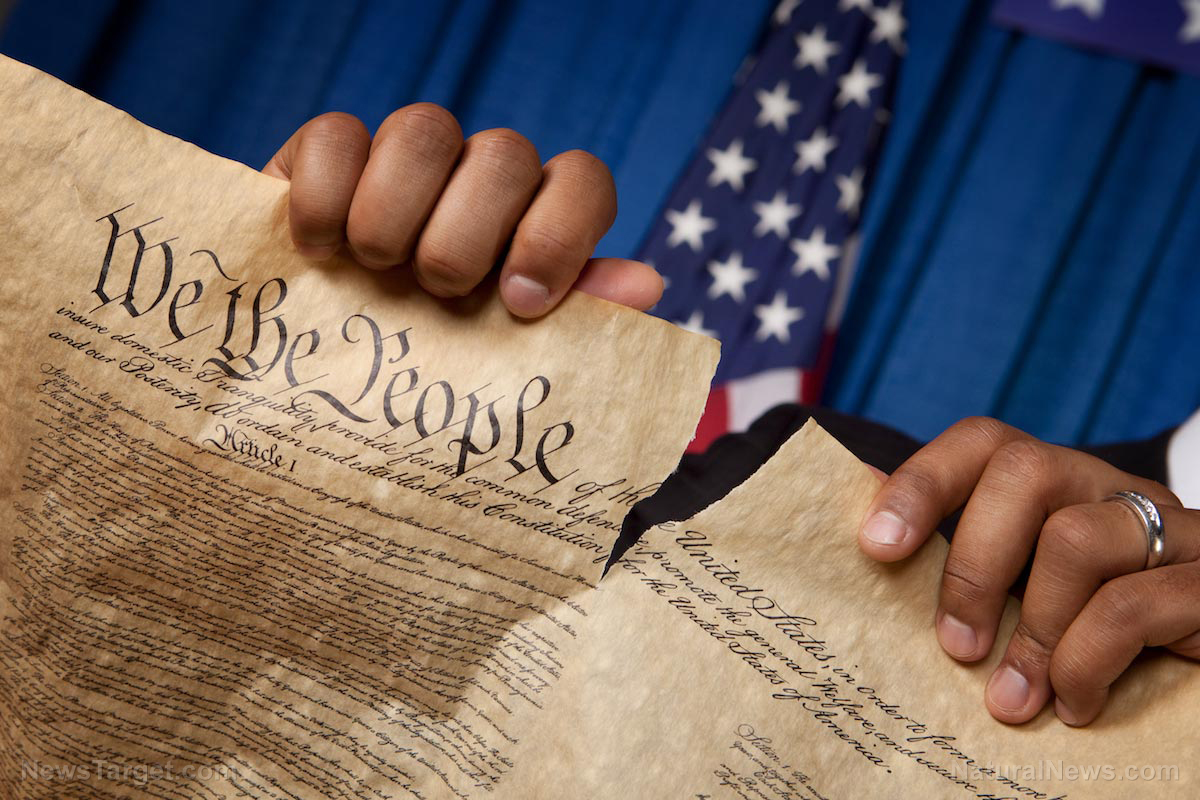 In a country founded on the principle that everyone has a voice and that speech isn’t something that can or should be regulated, the First Amendment is increasingly coming under attack by activist judges who shun the law of the land in deference to the law of political correctness.

As reported by The New American, a judge in Ohio has ruled that a Christian professor can be fired by his employer, Shawnee State University, over his failure to use trans pronouns, as per the school’s ‘nondiscrimination policy.’

Once again, in other words, the Fourteenth Amendment is being utilized to override the First Amendment’s protection of speech and religious freedom.

Prof. Nicholas Meriwether filed suit against SSU after college administrators sided with a student who got hostile with the prof after he refused to refer to the student by his preferred pronouns.

According to the Alliance Defending Freedom (ADF), which represents Meriwether and filed the suit on his behalf, the student — Alena Bruening, referred to only as “Doe,” “became belligerent, circling around him, getting in his face in a threatening fashion, while telling him, ‘Then I guess this means I can call you a c**t.’”

School administration would later side with the student after he filed a formal complaint over the incident in which he actually accused Meriwether of creating a “hostile” environment, in violation of school policy. The complaint led SSU officials to issue the professor a warning in June 2018.

ADF stated in the lawsuit that the school’s actions violated their client’s First Amendment rights, but that charge was dismissed by the U.S. District Court of the Southern District of Ohio.

According to the suit, Meriwether’s primary complaint is that by forcing him to refer to a student’s self-identified gender, that “would require him to violate his conscience and sincerely held religious beliefs” — principles that no longer matter to an increasing number of federal judges. (Related: The radical Left is so insane that even BOY GEORGE has had enough of the stupid pronouns.)

The New American noted further: He charged that his rights were violated because he was threatened and punished “for refusing to communicate a University-mandated ideological message regarding gender identity both in and out of the classroom” and that he was compelled to communicate in regard to gender identity in a way that conflicts with his religious beliefs.

“Plaintiff’s refusal to address a student in class in accordance with the student’s gender identity does not implicate broader societal concerns and the free speech clause of the First Amendment under the circumstances of this case,” she ruled.

The court further claimed that all Meriwether had to do was to simply remove any and all references to pronouns in his classroom, and that doing so would not have been an infringement on his speech rights.

Meriwether, in court documents, explained that his practice is to refer to students using proper etiquette prefixes “Mr.” and “Ms.” followed by their surnames and that in order to accommodate the student, he offered to refer to him just using his last name.

But that wasn’t good enough; Dlott said that still amounted to discrimination because Meriwether didn’t then call all students simply by their last names.

Yes, it’s come to this: Left-wing activist judges picking gnat droppings out of salt in order to justify their attacks on Christianity and traditional American culture.

She further ruled, by the way, that though the university’s nondiscrimination policy is over broad it’s in SSU’s best interest to use it that way to create “an educational and working environment for students and employees that is without unlawful or prohibited discrimination and harassment.”

Unless, of course, students and school administrators are discriminating against a Christian professor because of his beliefs. Then, it’s okay.