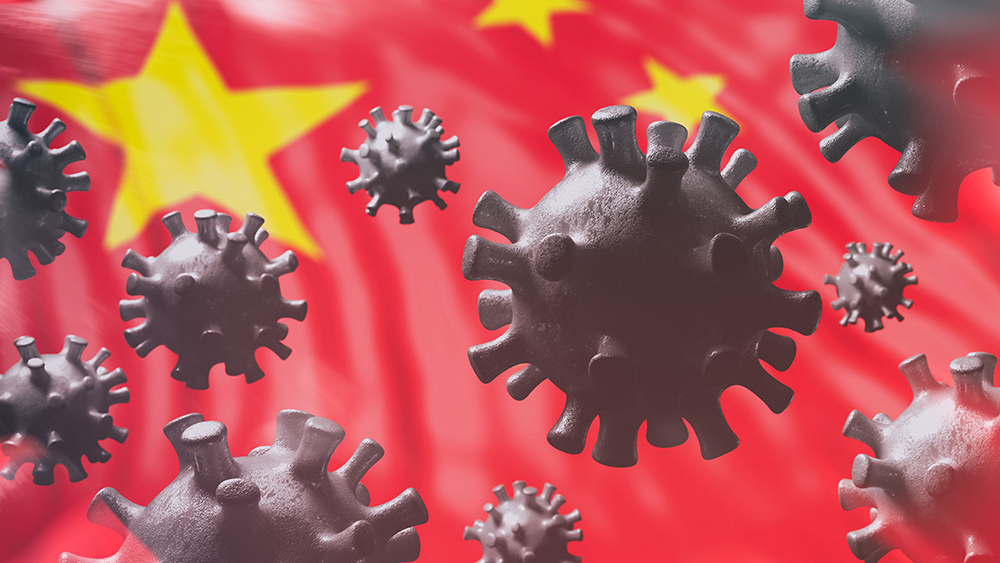 Since the outbreak of Coronavirus in Wuhan, the Chinese Communist Party has concealed the epidemic from the local government to the central government and shirked from its responsibility. Recently, Caixin, a Beijing-based media group published a shocking report that the Hubei Provincial Health and Medical Commission ordered the destruction of Coronavirus samples. Soon after the story was gagged with the article subsequently taken down.

Gene sequence detected and reported at the end of December

On February 26, Caixin published a shocking article titled “Tracking the Source of New Coronavirus Gene Sequencing“. Caixin sources told GreatGameIndia on condition of anonymity that the article was taken down due to mounting pressure from the Chinese authorities. The article was archived on the web but even the archived version redirects to an error page. So, we decided to publish the Caixin report in full translated into English from Chinese (found at the above link). As of February 24, more than 2660 people have died and more than 77,000 people have been diagnosed with the novel coronavirus, a novel coronavirus similar to SARS. When was it found? Caixin reporters conducted interviews from various sources and sorted out relevant papers and database materials. By piecing together all sorts of information, the full picture is gradually emerging.

The Caixin article stated that there were no less than 9 unknown pneumonias before the end of December last year. Samples of the cases were collected from various hospitals in Wuhan. Gene sequencing showed that the pathogen was a SARS-like Coronavirus (similarity is about 80% and infectious). These test results were returned to the hospital and reported to the Health and Medical Commission and the Center for Disease Control.

A private enterprise in Huangpu district of Guangzhou, analysed the gene sequence of the virus on December 26. The results of the study found that it was most similar to the bat SARS Coronavirus, with an overall similarity of about 87% and a similarity with SARS of about 81%.

The company officials communicated with the hospital and CDC by telephone on December 27 and 28, and even went to Wuhan to report all the results of the analysis in person to the hospital management and CDC on December 29 and 30.

Zhang Jixian, director of the Department of Respiratory and Critical Care Medicine, Xinhua Hospital of Hubei Province, received four consecutive unexplained pneumonia cases on December 26. On December 27, Zhang Jixian reported the discovery of four “unknown viral pneumonias” to the hospital, which was inturn reported by the hospital to Jiang Han District Center for Disease Control.

From December 28th to 29th, Xinhua Hospital treated 3 patients from the South China Seafood Market. They had similar symptoms of viral pneumonia. At 1 pm on December 29th, Xia Wenguang, deputy director of Xinhua Hospital, convened ten experts to discuss the seven cases. The experts agreed that the situation was unusual. Xia Wenguang reported directly to the disease control department of the provincial and municipal health committees.

On December 29, the industry leader Huada Gene (Shenzhen, China) completed a case of gene sequencing, and the results showed that the virus and SARS gene sequence similarity was as high as 80%. On January 1, the company’s three sample test reports were reported to the Wuhan Municipal Health Commission.

On December 30, Beijing Boao Medical Laboratory reported the patient report to the doctor, and the test result was – “SARS Coronavirus”.

The Caixin report said that it was not until January 9th that the Chinese Communist Party officially declared the pathogen a “new Coronavirus.”

The report also quoted a person from a gene sequencing company who disclosed that on January 1, 2020, he “received a phone call from an official of the Health and Medical Commission of Hubei Province, informing him that samples of cases of new Coronavirus in Wuhan could not be re-examined. Existing case samples must be destroyed and sample information cannot be disclosed. Relevant papers and related data cannot be released to the public. If you detect it in the future, you must report to us.”

This article from Caixin has now been deleted, but has been circulated widely overseas and in Chinese social media attracting a strong response from the administration.

In fact, not only the authorities in Wuhan and Hubei provinces and related medical units were involved in the Coronavirus coverup, but also the National Health and Medical Committee of the Communist Party of China and the Chinese authorities concealed the epidemic.

On January 5th, the Shanghai Public Health Clinical Center detected a new SARS-like Coronavirus and sequenced it to obtain the entire genome sequence of the virus. On the same day, the center immediately reported to the National Health Commission of the Communist Party of China and “suggested to take corresponding prevention and control measures in public places.”

The report states that the virus shares 89.11% homology with SARS Coronavirus and is named Wuhan-Hu-1 Coronavirus. Numerous such internal circulars, notifications and reports of studies warning the Chinese administrations were sent out in the weeks leading to the outbreak which were not only ignored but actively suppressed from reaching to people. We have cataloged these findings in our scientific investigation on the origin of Coronavirus – the COVID19 Files – from five major areas, including epidemiological investigation, virus gene comparison, cross-species infection research, key “intermediate hosts” and the findings on the Wuhan P4 lab.

However, the Wuhan Centers for Disease Control and Prevention and the National Health Commission of the Communist Party of China declared that the epidemic was “preventable and controllable” until January 19, and “the possibility of limited transmission from person to person was not ruled out”.

On February 3rd, Chinese Ministry of Foreign Affairs spokesperson Hua Chunying said that since January 3rd, the Chinese Communist Party has notified the United States of a total of 30 outbreak information and control measures. Immediately after the remarks were published, it was strongly condemned.

However, it was not until January 20th that Xi Jinping and Li Keqiang made public statements on the prevention and control of the epidemic for the first time. Zhong Nanshan, a CCP expert, acknowledged for the first time that the new Coronavirus was “person-to-person.”

On January 26, the Communist Party of China set up a task force for epidemic prevention and control with Li Keqiang as the leader. It was after more than two months since the outbreak.

However, the Chinese Communist Party has been concealing the epidemic, suppressing doctors and people who spread the truth of the epidemic, and spreading a false narrative that the epidemic is “preventable and controllable” and is not “person-to-person”.

How China Stole Coronavirus From Canada And Weaponized Ithttps://t.co/tc7W2DrmAA

The claims of the Caixin report that gene sequencing studies carried out by the Chinese administration found that COVID-19 Coronavirus is almost 80% similar to SARS gives further credence to GreatGameIndia‘s report on how Chinese Biowarfare agents smuggled SARS Coronaviruses from Canada and weaponized it – Coronavirus Bioweapon. Further, the Canadian Scientist Frank Plummer who received these SARS Coronavirus samples of the first patient from Saudi Arabia was found dead in mysterious conditions in Nairobi, Kenya within 11 days of the publication of our report. 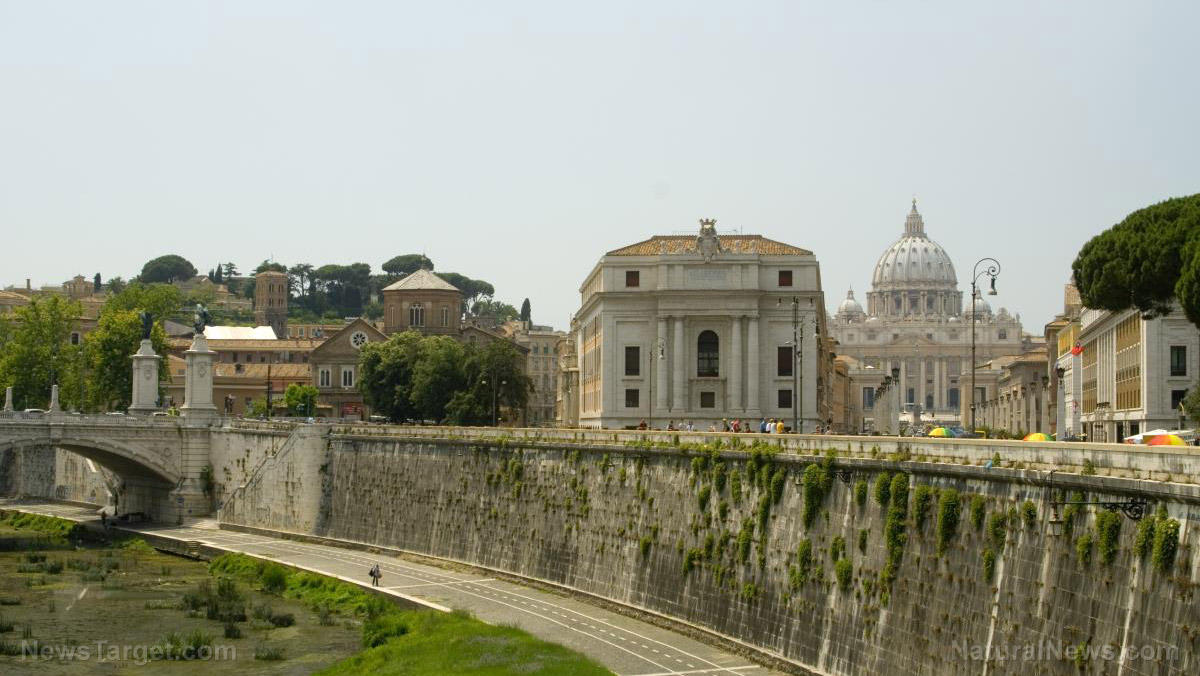 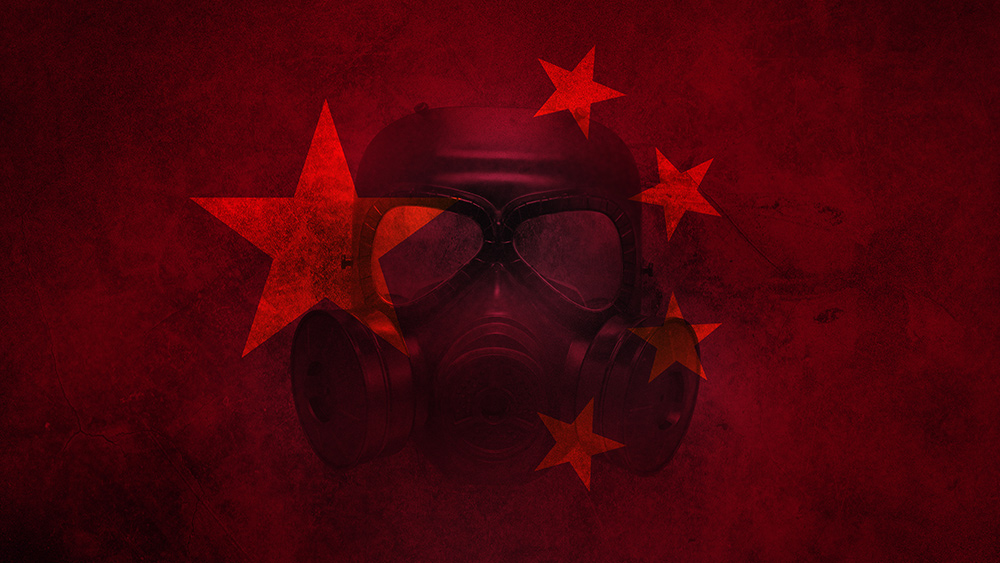