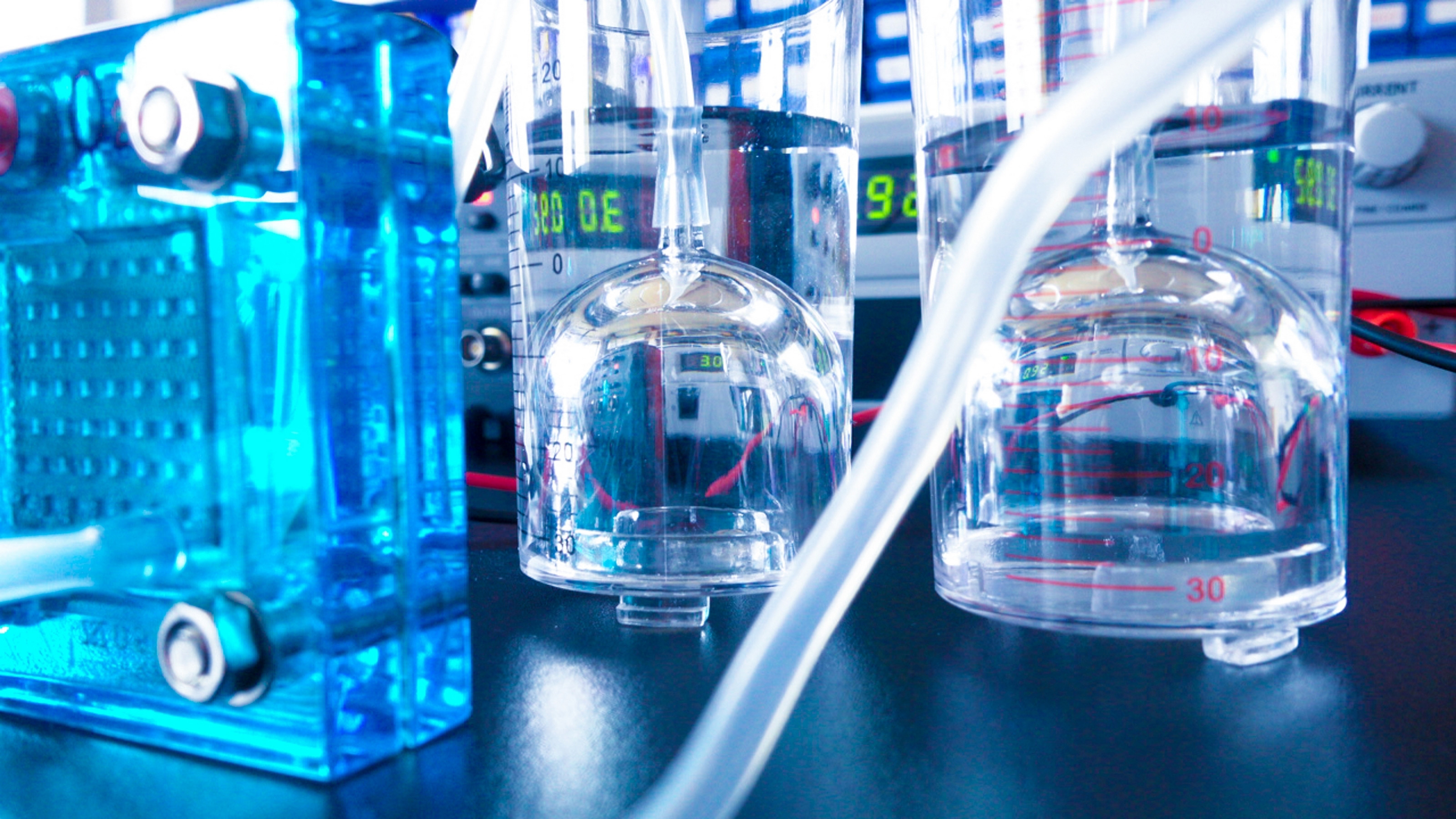 The quest for renewable energy has led some scientists to think small, that is, on a microscopic scale. A recent study has demonstrated how mixing microbes and a carbon nanomaterial can be used to help create biohybrid materials that can be used in several green energy applications.

Led by Pascal Sailaly, a team at the King Abdulla University of Science and Technology (KAUST) have been able to create a biohybrid material that works well as an electrocatalyst, by mixing microbes with graphene. The material could see an application in the solar-powered production of carbon-free fuels and other eco-friendly energy solutions.

Many clean energy technologies revolve around a process called the oxygen-evolution reaction (OER). For example, OER enables the use of solar electricity to split water molecules into oxygen and hydrogen, allowing the latter to be used as a clean fuel.

Current technology requires the use of rare and expensive metals as OER electrocatalysts. The team, however, has demonstrated that a graphene biohybrid material could serve as an inexpensive and eco-friendly alternative to these rare metals.

Made out of a sheet of carbon that’s just a single layer of atoms thick, graphene—as well as the closely related graphene oxide—is highly conductive, mechanically robust and widely available. However, turning both graphene and graphene oxide into active electrocatalysts requires doping the materials with other elements such as sulfur, iron, nitrogen or copper.

Instead of using such dangerous methods in their study, however, Saikaly and his team used the bacterium Geobacter sulfurreducens. According to the team, they decided to use this specific microbe not only because it is abundant in nature, but also, because it is rich in iron-containing proteins and more importantly, is not known to cause any disease.

“The elements contributed by the bacterium transformed the catalytically inert graphene into a highly electrocatalytic one,” Kalathil said.

The biologically created OER electro-catalyst also came with one other advantage: In benchmark testing against the traditional, meta-based OER materials, the biohybrid material actually outperformed the former.

Hydrogen is the cleanest and most practical fuel available on Earth. Aside from being the most abundant element in the solar system, burning hydrogen, or turning it into electricity in a fuel cell, only results in the production of water. In the context of vehicles, hydrogen engines have the advantages of both traditional internal combustion engines (ICE) and electric batteries, combining the fast refueling of the former with the lack of emissions of the latter. (Related: Transportation company pitches oversized hydrogen-powered drones as air ambulances or sky taxis.)

Despite these advantages, however, several hurdles have kept hydrogen from seeing wide use.

Since hydrogen is rarely found in its pure form in nature, the relatively high cost—alongside the environmental impact—of creating metal-based OER electrocatalysts for use in hydrogen production has been one of these hurdles.

The development of a safe, inexpensive method of creating an OER electrocatalyst should help make hydrogen a more viable energy source. With this in mind, Saikaly’s team is not working on large-scale production and commercialization of their biohybrid OER electrocatalyst. In addition to this, the team is also conducting further research into other types of biohybrid catalysts for other important electrocatalytic reactions.