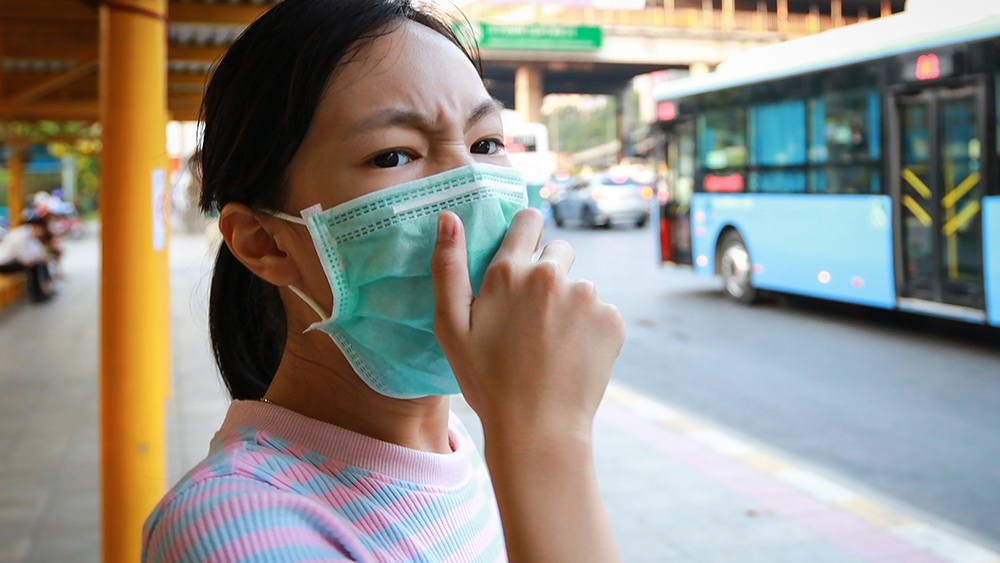 Around 140,000 people in South Korea have been tested for coronavirus in an attempt to curb a rapid virus epidemic from developing in the country. This is in stark contrast with reports from the Centers for Disease Control and Prevention, which have only tested around 1,500 people for the virus in the United States.

As of writing, South Korea is experiencing one of the largest outbreaks of coronavirus outside of China — considered ground zero for the deadly pathogen  — with thousands of confirmed cases. However, recent developments have allowed the nation to conduct as many as 10,000 tests per day using kits with sensitivity rates of over 95 percent, according to the director of the Korean Society for Laboratory Medicine. This quick response has already detected 6,000 coronavirus patients all throughout South Korea, with only 35 of whom have died. Business Insider reports that the country’s fatality rate adds up to around 0.6 percent.

A country at war

On Tuesday, the World Health Organization (WHO) estimated that the global death rate of coronavirus was 3.4 percent. While the number was much higher than the previous estimate of two percent, some health experts predict that the mortality rate would decrease as the number of cases worldwide rises. (Related: WHO admits global coronavirus death rate HIGHER than initially thought: Now 3.4%.)

South Korea has proven that widespread testing could lead to a lower death rate because around 80 percent of coronavirus cases around the world are considered mild. Severe cases of the infection are often the first to be reported, leaving many milder cases out of the radar of healthcare facilities.

“If indeed we discover that there are far more cases that are actually being reported and that one of the primary reasons for this is that we’re just not detecting asymptomatic or mild or moderately symptomatic cases that don’t end up seeking healthcare, then our estimates for the case fatality rate will likely increase,” said University of Texas at Austin epidemiologist Lauren Ancel Meyers.

South Korea’s testing also allowed experts to pinpoint where exactly the infections are centered. They found that most of the outbreak — more than 5,700 infections — is being contained in the city of Daegu, about 150 miles south of the capital Seoul. The capital itself, which is home to about 10 million people, there have only been 103 reported infections of the novel coronavirus.

South Korean President Moon Jae-in claims that their country is “at war” with a pathogen that has afflicted more than 95,000 people worldwide, according to the WHO. This has urged the government to put all their agencies on a 24-hour emergency footing. The country’s central bank has also warned of a negative growth rate within the first quarter as the growing epidemic will most likely hit both exports and product consumption.

One of the largest contributors to South Korea’s successful virus testing blitz was the introduction of testing facilities inspired by drive-through counters at McDonald’s. From inside their own cars, motorists would drive through several stations to be approached by medical staff in protective clothing and goggles. The staff then checks the drivers for their temperatures and takes samples from their throats and nasal passages using swabs. The Straits Times reports that the entire procedure lasts no more than 10 minutes.

The temporary “drive-through” testing facility was set up at a parking lot in the city of Goyang, about 16 kilometers north-west of the capital. Officials claim that this method of testing is both safer and faster than going to a hospital or healthcare facility.

“There’s less face-to-face contact,” said Lee Jae-Joon, the mayor of Goyang in a statement. “If you operate a testing site indoors, there is concern that suspected patients can infect each other in the waiting room.”

While the city of Goyang wasn’t hit as hard as Daegu, with only four confirmed cases of the novel coronavirus, the rapid surge of infections in other regions of the country have stoked fears of a potential nationwide outbreak. With this unique testing facility, officials claim that they could cut down their testing time by as much as a third.

“Here we can test many people within a short period of time in a less crowded manner, and there are lower risks of infection because it’s done inside the car,” said Kim An-Hyun, chief of the Goyang community health center.