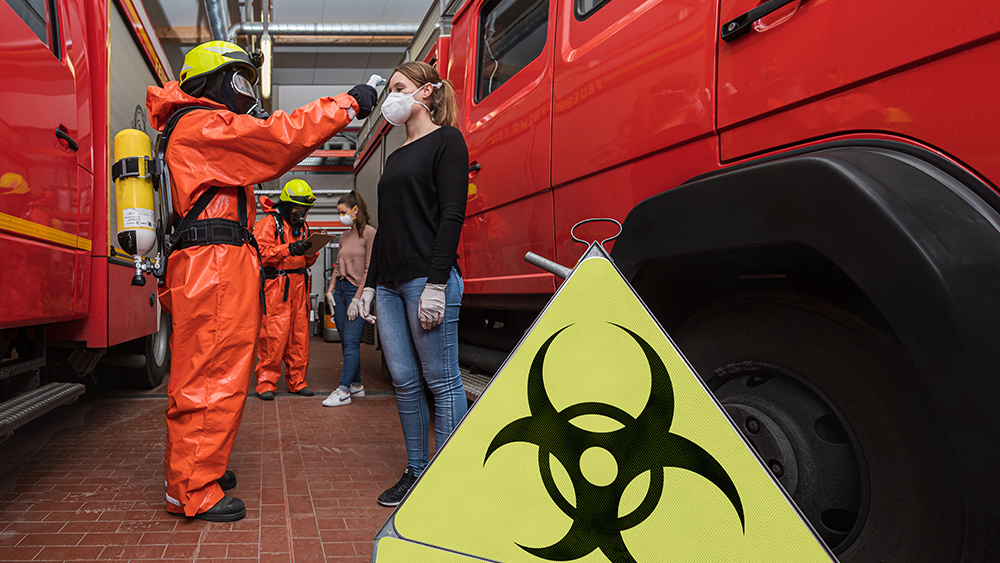 Life in the normally bustling and overcrowded cities in India have simmered down dramatically as the second-most populous country in the world scrambles to handle the growing coronavirus outbreak within its borders. Rather than roaming about the streets, many people opted to stay home, slowing down traffic and reducing the size and scale of many gatherings throughout the country.

As of this writing, India has reported a total of 275 confirmed cases of the novel coronavirus, including four deaths. According to a report by India Today, the states of Maharashtra and Kerala had the most number of cases: 53 and 40, respectively. However, public health experts claim that this low count is likely the result of under-reporting of symptoms as well as the limited overall testing in the country.

In response to the growing threat of the outbreak, India’s central government has established stringent methods to prevent its further spread. A report by the Economic Times said that India recently extended its travel restrictions on arriving international passengers to individuals residing in the United Kingdom, Turkey and the rest of Europe until the end of March. (Related: WHO: Europe now the EPICENTER of the coronavirus pandemic.)

“Travel of passengers from member countries of the European Union, the European free trade association, Turkey and the United Kingdom to India is prohibited with effect from March 18, 2020. No airline shall board passengers from these nations to India with effect from 1200 GMT on March 18, 2020,” the Directorate General of Civil Aviation said. “The airline shall enforce this at the port of initial departure. Both these instructions are temporary measures and shall be in force till March 31, 2020, and will be reviewed subsequently.”

In addition to the flight restrictions, authorities in several states across the country have started using GPS and hand stamps to track people who are suspected to have COVID-19. Some people arriving at the airports of Maharashtra and southern Karnataka have been given stamps of indelible ink that included the date that a person must remain under home quarantine, said a report by Al Jazeera.

“We found people who were stamped and were traveling. They had signed a self-declaration that they will not travel because they could be carriers of coronavirus,” Archana Valzade, undersecretary in Maharashtra’s health department, said. “It is their duty as well to stop the infection. Stamping is essential and very useful to reduce the spread.”

In the neighboring country of Pakistan, thousands of people are being kept in close quarters without proper facilities in a coronavirus quarantine camp, according to a report by The Guardian. The camp, located in the town of Taftan, was reportedly built to stop the spread of coronavirus infections from Iran, which is currently suffering from one of the worst outbreaks of the disease worldwide?—having recorded as of press time, 19,644 COVID-19 cases and 1,433 coronavirus-related deaths. However, inhabitants are claiming the camp is far from sanitary, saying that it was “the dirtiest place [they’ve] ever stayed in.”

“These were the hardest days and nights of my life,” Mohammed Bakir, who was at the camp for two weeks, said. “We were treated like animals. There were no facilities but also no humanity and everything was in disarray. They were not prepared; there was nothing for us to sleep in except for some dilapidated tents.”

According to health practitioners stationed at the coronavirus camps, many people, even those with tell-tale symptoms, were not even tested nor isolated and that there was a severe shortage of health personnel and medical facilities. Some health practitioners even had to shoulder the cost of the needed medicine.

“Neither the quarantining service nor the testing procedure was satisfactory at all,” said a doctor, who asked to remain anonymous. “In the first 20 days, many people had symptoms, but there was no testing at all. We had no testing facilities for three weeks. One child was sent to [a] hospital in Quetta, and he tested positive. But there was no isolation or testing for anyone else.”

Although the number of cases in Iran has skyrocketed over the past few weeks, Pakistan only shut its borders with neighboring countries less than a week ago, as announced by its Prime Minister, who has also ordered the closing of all of the country’s educational facilities for the next three weeks.

Despite these strict guidelines, however, The Guardian reported that the border between Pakistan and Iran was still porous. On Tuesday, about a hundred pilgrims coming in from Iran managed to cross into the Pakistani province of Balochistan by simply bribing the guards.

Pakistan has been notoriously bad at containing disease outbreaks and is one of two countries worldwide that failed to eliminate the poliovirus. The government’s fear of the virus was exhibited just last month as they refused to evacuate hundreds of Pakistani students stranded in Wuhan, China – ground zero of the worldwide pandemic.