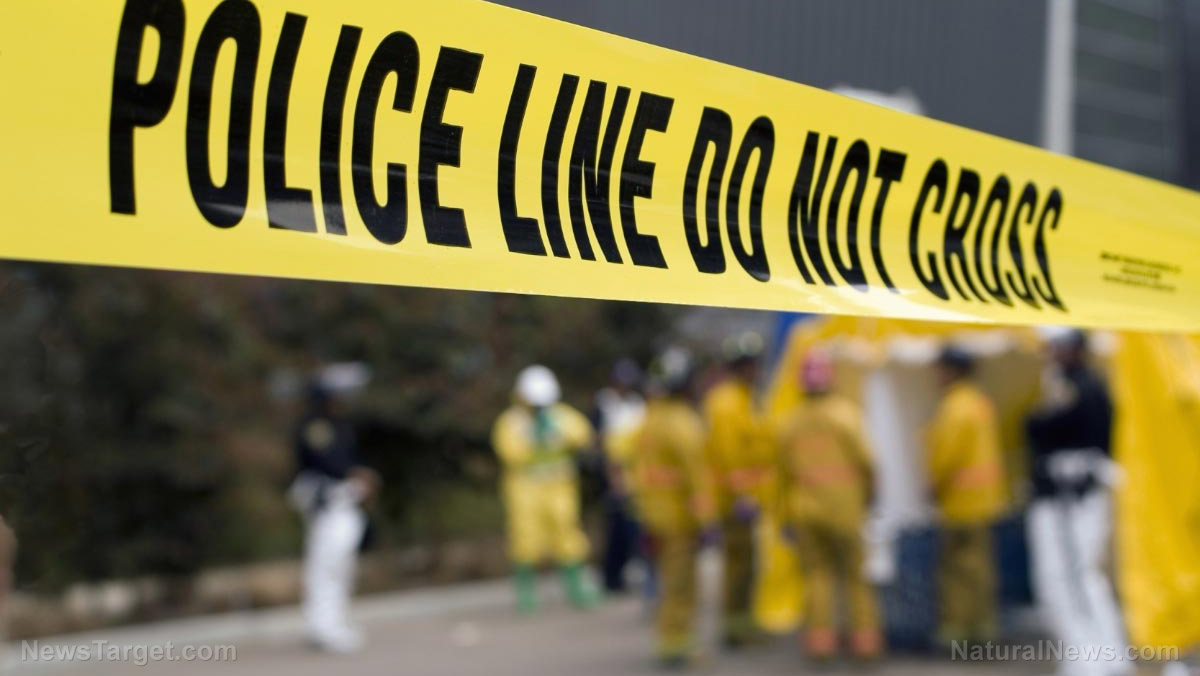 As Trump administration health officials issued new warnings about the still-expanding coronavirus outbreak over the weekend, a shocking yet underreported crisis is emerging as well: The continued loss of public service sector employees, especially members of the thin blue line.

As The Associated Press reports, an increasing number of police officers are falling victim to the Wuhan coronavirus (COVID-19), thinning ranks ever further as some observers worry that virus-related work stoppages, economic hardship and unemployment could result in mass violence and chaos in some cities.

More than a fifth of Detroit’s police force is quarantined; two officers have died from coronavirus and at least 39 have tested positive, including the chief of police.

For the 2,200-person department, that has meant officers working doubles and swapping between units to fill patrols. And everyone has their temperature checked before they start work.

The phenomenon is, of course, not limited to Detroit. Police departments around the country are seeing more and more officers fall ill thanks to the virus, leaving shifts partially uncovered and the officers who do make it onto the streets dangerously exposed and short-handed.

Some say that the growing number of sick officers is raising new questions about how laws can or should be enforced during the pandemic, and about how departments will manage to deploy enough personnel to keep streets safe and protect the general public without adding to their own risk of becoming infected.

“I don’t think it’s too far to say that officers are scared out there,” Sgt. Manny Ramirez, president of Fort Worth Police Officers Association, told The AP.

As of last weekend, about 690 officers and civilian police employees at city departments and sheriff’s offices have tested positive for the virus, according to an AP survey of more than 40 law enforcement agencies, most of which are located in major cities.

New protective measures may not be nearly good enough

Worse, the number of officers who remain in isolation awaiting testing results is much higher in many places.

By far, New York City is suffering the highest coronavirus casualty rate — 512 officers as of this writing. That makes sense since nearly half of the country’s 140,000-plus cases are located in the Big Apple. (Related: Updated coronavirus projections for April, May, June and July in the USA: Prepare for over 90,000 deaths in the FIRST wave.)

In anticipation of officer shortages, however, a number of police academies are accelerating courses and graduation dates to put more officers on the street. But that, too, can be problematic: Rookie officers take time to learn the ropes, and their inexperience will no doubt expose them to additional risks and even harm.

Other measures that have been implemented include taking roll call and holding staff meetings outdoors; distributing personal protective equipment such as masks, gloves and hand sanitizers; deep-cleaning of squad cars, precinct offices and equipment, in compliance with Centers for Disease Control and Prevention guidelines; and so on.

But such measures may not be adequate anyway, some health experts worry. Last week, groups representing cops, firefighters, sheriffs, mayors and county leaders implored President Donald Trump in a letter to use the Defense Production Act to make sure they have enough PPE.

“We’re in war fighting against an invisible enemy and we are on the verge of running out” of protective supplies, Houston Police Chief Art Acevedo, president of the Major Cities Chiefs Association, told the AP. “We’ve got hospitals calling police departments, police departments calling each other, and it’s time to nationalize in terms of our response.”

While police departments are used to being short-staffed, especially in recent years following a decade’s worth of largely unjust demonization by Left-wing groups, the addition of coronavirus is only going to make those staffing problems worse — and the public less safe.