Uncensored and Independent Media News
Home
Health Freedom
Second Amendment
Prepping
Survival
Censorship
Subscribe
SHOP
Popular Articles
Worried about Trump saying something about injecting disinfectants? You do the same thing every time you get a flu shot with mercury (thimerosal) in it
04/27/2020 / By S.D. Wells / Comments
Bypass censorship by sharing this link: 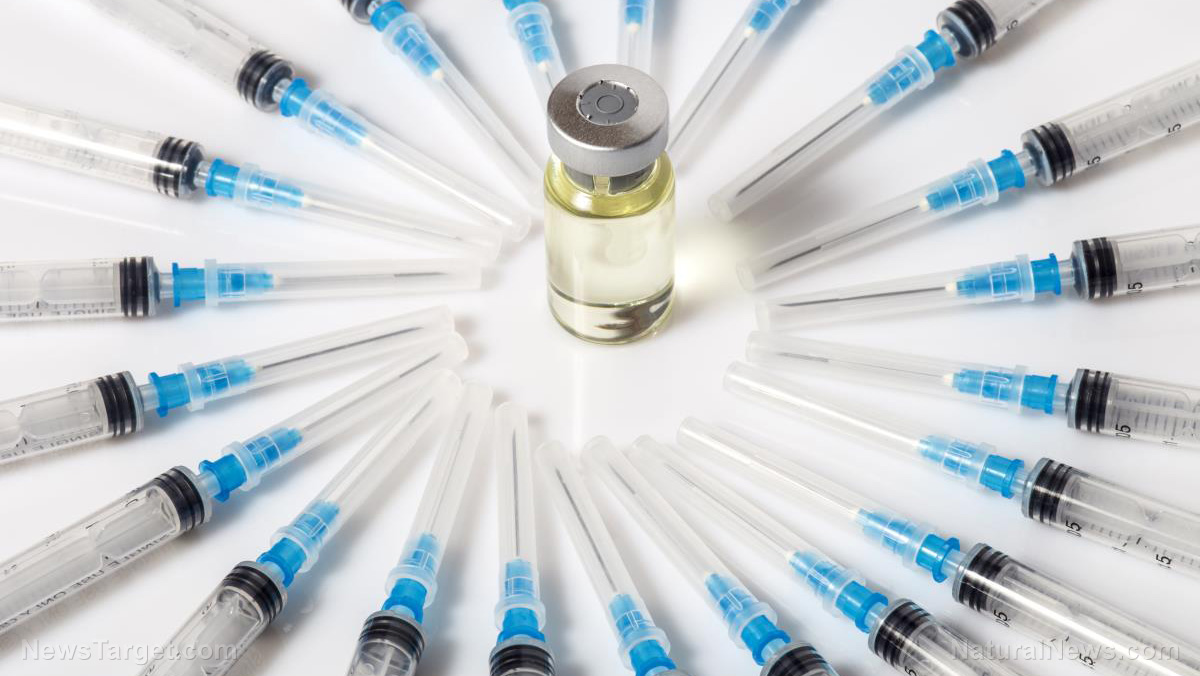 Recently, every American suffering Trump Derangement Syndrome pounced on the POTUS gaffe about injecting disinfectants, but not a single person who did has given one ounce of thought to the fact that nearly everyone who gets their beloved yearly flu shot is doing just that – injecting disinfectant. If the CDC were to tell them that injecting Lysol was “safe and effective” for fighting COVID, you can bet they’d all run to the clinic right away, without doing any research or doubting it for even a split second.

If you tell anyone who bows down to the CDC that they’re brainwashed, they get defensive immediately and call you a conspiracy theorist, but the CDC has been corrupt and criminal from inception. Mercury is still used in influenza vaccines today (think multi-dose vials), despite the fact that it’s the most lethal non-radioactive element on earth. That’s why it’s listed on the vaccine insert as thimerosal (50 percent mercury), so the brainwashed, mind-numbed sheeple won’t think twice.

Yet mercury is a chemical element (and topical disinfectant) commonly known as “quicksilver,” but if it spills in a clinical environment, the whole area must be evacuated, and medics with hazmat suits have to come in and clean it up. That’s because mercury poisoning results from exposure to it, so imagine what happens when you have it injected by medical deities (MDs) and nurses.

For decades, the CDC has mixed aluminum with mercury in vaccines, knowing aluminum catapults the toxicity of mercury

As published in TruthWiki: “Does the CDC mix aluminum and mercury together in vaccines, knowing that aluminum catapults the toxicity of mercury? Answer: Yes. The Diphtheria and Tetanus “Toxoid” inoculations have “trace” amounts of mercury combined in the same vaccine with aluminum. How potent are “trace amounts” when combined with aluminum phosphate, aluminum sulfate and aluminum hydroxide? Very potent and it sends the central nervous system and the immune system into shock.”

Still, the CDC is so corrupt that they highly recommend flu shots for the most immune-vulnerable Americans, including the elderly, pregnant womenand infants just 6 months young. Talk about population reduction schemes.

Injecting extremely toxic cleansers, disinfectants and heavy metal toxins is standard practice for the CDC and the M.I.C. (medical industrial complex) of the USA. The risk far outweighs the benefits, but they’ll never run double-blind, clinical studies on that. The flu shot, in fact, causes MORE respiratory infections, not less.

Still interested in a vaccine that causes more than five times as much sickness? Then the flu shot is perfect for you. That’s according to a double-blind, placebo-controlled study published in Clinical Infectious Diseases. Over 100 subjects of the trial, children ages 6 through 15, were followed for nearly a year.

Pharmaceutical corporations in America make a fortune off keeping people sick. The vaccine industry in particular is immune (pun intended) to lawsuits from all faulty vaccines, including horrid side effects and adverse events. They’ve settled with injured families for over $4 billion in their secretive courts so the media never catches wind of it all (only truth media informs you).

In fact, mercury tests have been conducted on vaccines at the Natural News Forensic Food Lab in the past decade that revealed a mind-blowing high level of mercury in a flu shot made by GlaxoSmithKline called Flulaval. Those tests were conducted by Mike Adams, the Health Ranger, and his team, using calibrated, high-end ICP-MS instrumentation.

Yes, mercury in that toxic jab registered off the charts at over 50 ppm (parts per million). That’s 25,000 times higher than the maximum contaminant level for inorganic mercury allowed in drinking water that was set by the Environmental Protection Agency (EPA). This is what most lib-tard Americans have injected into their bodies every year, all while freaking out because Trump simply mentioned that it would be great if we could somehow “disinfect” the inside of our bodies the way we do the outside.

What’s worse is that MDs will swear up and down that there’s not enough mercury in vaccines to be dangerous, but vaccines are even worse than eating or breathing in mercury, because it bypasses your body’s natural filtration systems, including your skin, digestive tract, and lungs. That makes it even more lethal. You might want to double check those tattoo inks and ask important questions before you get injected with a disinfectant.

If you think for one second that the CDC removed all mercury from vaccines, like they lied and said years ago, think again. In fact, they list it themselves right on their own CDC vaccine ingredient web page. Oops.

Tune your internet dial to Vaccines.news for updates on the anti-Christ of medicine, Bill “Gates of Hell” and his evil plan to force vaccinate every human in order to reduce the world population by a few billion.