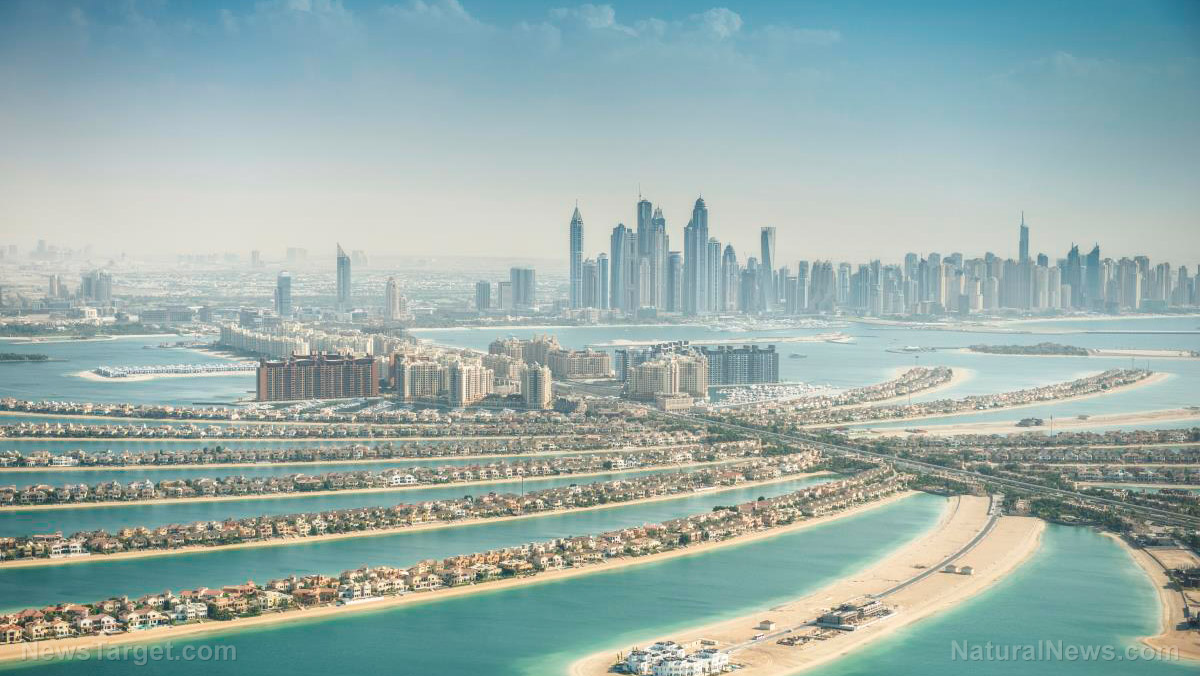 Dubai, a city built on the promise of globalization and free trade, is now under threat as the coronavirus (COVID-19) pandemic puts a stop to global economic activity. As flights have been grounded and investments halted, the emirate and its vast web of state-linked industries are facing billions of dollars in looming debt payments.

“They facilitate the transport and the buying of things and the movement of people,” said Karen E. Young, who studies Gulf Arab economies at the American Enterprise Institute think tank. “That’s not the world we’re living in right now.”

The rise of Dubai Inc.

“Dubai is destined to be a crossroad between East and West, and between North and South,” the charter states on the very first sentence of its very first article.

In the years before the pandemic hit, Dubai had reached that status. For years, Dubai International Airport had been the busiest in the world for international travel. Meanwhile, its vast Jebel Ali Port was ranked highly globally for its cargo operations.

Dubai’s economic diversity draws from its past and its relationship with oil. When the emirate first discovered oil reserves, it realized that they were nowhere as large as those of its neighbors; then-ruler Sheikh Rashid bin Saed Al Maktoum warned that it would be a finite resource.

With that in mind, the city-state transformed itself into a company town. Emirates, the state-owned long haul carrier, flies in foreign workers and tourists alike, who shop in state-owned duty-free shops with credit cards from state-backed banks while living in housing largely built by state-linked developers.

The result is something that American diplomats have dubbed “Dubai Inc.” For the most part, it worked – up until the current pandemic hit.

Crisis building on top of previous ones

For Emirates, the airline needs to wait until countries open up before it can start filling up seats on its flights. Even then, questions remain on how airlines like it will handle things if governments enforce social distancing and require empty seats. (Related: COVID-19 hits aviation industry: American Airlines grounds fleet, suspends flights.)

“The airline industry cannot afford to have large numbers of its seats idle,” said Tim Clark, president of Emirates. “It would be absolute economic catastrophe, worse than the current situation.”

Even before the pandemic forced a crisis upon its airline, Dubai had already faced a host of other crises. The value of Dubai’s real estate market has dropped by 30 percent since 2014. That was when the emirate had announced that it would host the Expo 2020 world’s fair. The expo, on which the emirate has already spent billions on, has been postponed to 2021.

Dubai has also been hit by U.S. tariffs on aluminum, tearing away 10.5 percent of its exports of the metal to America. The trade war with China, initiated by President Donald Trump, threatened the emirate’s shipping, as the government says that some 60 percent of China’s exports pass through Dubai’s free zones to Africa and Europe.

The coronavirus pandemic has exposed just how much Dubai, and the rest of the United Arab Emirates, relied on global trade.

“There will be questions about globalization,” admitted Emirati Minister of State for Foreign Affairs Anwar Gargash, during a teleconference with the Beirut Institute.

At the same time, Dubai faces looming debt payments from the loans that it made during the 2009 financial crisis. According to the London-based Capital Economics, Dubai and its state-linked companies face $9.2 billion of debt coming due by the end of this year alone. This will be followed by a colossal $30.2 billion bill, due in 2023.

The debts that Dubai’s government faces also means that it may be in no position to provide relief to state-linked firms.

“Worryingly, given its own large debts, Dubai’s government is not in a strong position to provide support,” to these firms, wrote Capital Economics’ James Swanston.

In 2009, it was the neighboring emirate of Abu Dhabi that ultimately stepped in with a $10 million bailout while the Central Bank of the U.A.E. offered another $10 billion as creditors panicked over the possibility of state-linked firms failing.

Abu Dhabi does have the reserves to easily bail Dubai out again. However, it may worry about encouraging restless investments. Oil prices, the foundation of Abu Dhabi’s economy, have dropped dramatically during the pandemic. Meanwhile, the cost now of credit default swaps on Dubai’s debt — a form of insurance that promises investors payouts in case of defaults — has skyrocketed by 200 percent from late February.

Despite all this, some feel that Dubai will find a way to weather the current economic crises, just as it has previous ones. The emirate’s focus on free trade, after all, draws its roots from a pivot to re-exporting gold to India after the Great Depression decimated its pearl export industry in the 1930s.

“I do think they will pivot again,” said Young. “They will find a new way.”

In the meantime, Dubai seems to be focused on reopening as safely as possible. While the emirate has some of the strictest lockdown regimes, with no movement outside the home permitted, it has started to ease restrictions.

Shopping centers, malls and restaurants were allowed to open on April 23. This was followed by them reopening public parks and giving hotel guests access to private beaches this week. To support this, the emirate is also ramping up testing, providing free testing for all Emirati citizens and domestic workers, as well as for the disabled, pregnant women, and residents over the age of 50.