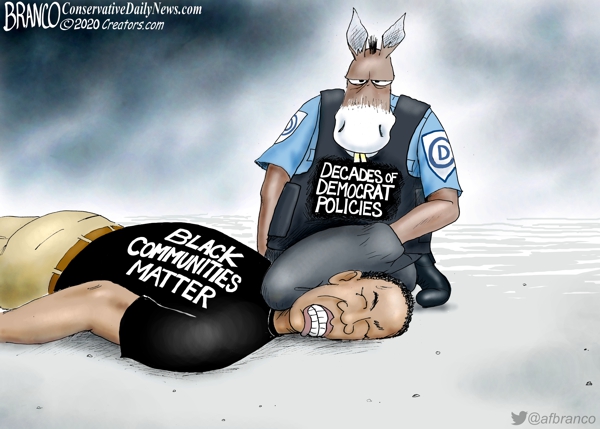 Are you someone who refuses to jump on every social justice bandwagon, even if you quietly agree that all men are created equal? Then you could find yourself ostracized, alone, and completely rejected by your friends and family members, at least if they read The New York Times.

The Times recently published an op-ed that instructed readers who loudly support causes like Antifa and Black Lives Matter to basically cut off their friends and family members who refuse to support “black lives either through protest or financial contributions.”

In addition to urging these same readers to help pay the legal fees “for black people who are unjustly arrested, imprisoned or killed,” as well as contribute “to black politicians running for office,” the Times says that all far-left activists need to end their relationships with anyone who does not agree to socially and financially put black lives on a pedestal above all others.

As part of a bullet point list of instructions for social justice warriors (SJWs), the Times says its readers need to text their relatives and loved ones “telling them you will not be visiting them or answering phone calls until they take significant action in supporting black lives either through protest or financial contributions.”

If you lack the financial resources to donate, the Times says that you can instead get out there and protect “fellow black protesters who are at greater risk of harm during demonstrations.” In other words, whatever time, resources, and energy you have at your disposal needs to go directly towards black lives, otherwise the white lives in your life have legitimate cause to basically toss you to the curb.

“Where does this end?” asks Mark Hemingway, a senior writer at RealClearInvestigations who tweeted a screenshot of these and other bullet point demands issued by the Times. “I want racial equality, but I utterly disdain any person or institution endorsing such tactics.”

Listen below to The Health Ranger Report as Mike Adams, the Health Ranger, issues a stark warning to black America to identify and know their true enemy:

Could the Times and its leftist readers be any more of a cult?

To make these types of demands on people screams of a cult, especially when all of the cult members’ closest contacts are expected to fall in line with or else be removed from the equation. It is the exact opposite of “inclusion,” the virtue that leftists love to tout as one of their battle cries.

What the Times is demanding of its cultists is the very definition of exclusion, where anyone on the outside of the movement is treated like the other. In this case, if you are not completely gung-ho about torching your local Target and beating up cops, then you are not deemed worthy of having contact with your leftist friends and family members.

If ever there was a demonstration of hate speech by the mainstream media, this is it. Congratulations, The New York Times: You win the prize for stoking the hottest fires of a race and class war so far this year – though we expect fake news outlets like BuzzFeed News and The Huffington Post to start aggressively competing for that title.

“The similarities between the current SJW movement and Jim Jones / People’s Temple are frightening, and we all know how that ended,” tweeted one Twitter user in response to the Times article.

“Family isolation is a documented cult tactic,” tweeted another. “(It) is actually step [four] on cult tactics.”

To keep up with the latest news about anti-white activists pushing a black supremacy agenda, be sure to check out CivilWar.news.