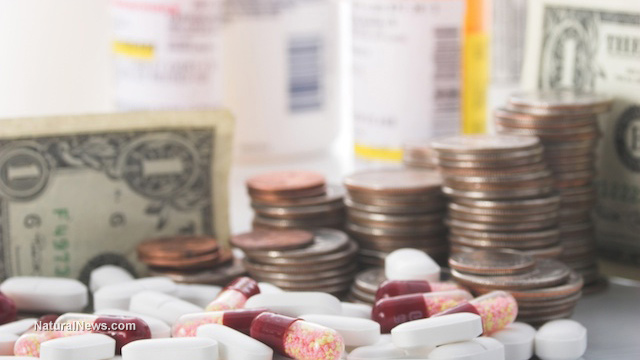 Under new legislation already passed by the House, pharmaceutical drugs and medical devices may soon be as loosely regulated as the 80,000+ harmful chemicals allowed in everyday products, most of which are blamed for a majority of America’s chronic illnesses.

Sponsored by Fred Upton (R-MI), the bill completely “relaxes scientific standards, virtually guaranteeing insufficiently tested drugs will hit the market only to be recalled after the damage is done,” says Lee Spiller, Executive Director of Citizens Commission on Human Rights, an organization dedicated to restoring “inalienable human rights to the field of mental health.”

Medical device standards will also weaken under the 21st Century Cures Act, says Spiller. “For years, the makers of psychiatric electroshock (ECT) machines have been unable to get their machines moved out of category III (dangerous or experimental) and into category II.”

In some instances, H.R.6 could allow “such devices to win approval based on an article from a ‘peer reviewed’ medical journal,” adds Spiller, who’s been involved with CCHR since 1997 and worked on a variety of human rights issues for the mentally ill ranging from fraud and abuse, to curbing the use of electroshock treatment in the elderly and the use of deadly restraints.

Safety testing by manufacturers is largely omitted under the 21st Century Cures Act. Drug and device makers can even gain FDA approval for products based solely on the experience of individuals, reports Health News Review.[2]

In other words, they would not be required to conduct a clinical trial, randomized or not, but instead could submit documentation showing that Joe Blow Patient’s health had improved by having some device implanted in his chest.

The justification is that “the need outweighs the risk,” says Dr. Rita Redberg, a respected cardiologist from the University of California San Francisco Medical Center. “The emphasis has been on getting drugs and devices on the market quickly, not on making sure that they are safe,” she adds.

“Anecdotal evidence, rather than the scientific studies, could be used to approve drugs and devices,” said Redberg. The FDA would even be allowed to rely on data submitted for entirely different purposes in order to expedite the release of certain drugs.

“Furthermore, it would require the FDA to use a third party to review the safety and efficacy of medical devices when manufacturers make small changes, as they often do. Currently the agency does the review. Will allowing third parties chosen by the manufacturer from an approved list to handle this process open the door to new conflicts of interest?”

“This will result in a lot of dangerous drugs and devices on the market with no evidence. Allowing case studies as the standard is crazy. It lowers the data standard to non-existent,” said Redberg.

H.R.6 “will relax human research protections allowing for research to be done without informed consent if it involves, ‘no more than minimal risk,’” says Spiller. The bill will also “affect medical privacy” and codify “non-traditional research practices into law in spite of the fact that some drugs approved using such practices have proven to be problematic,” he adds.

Because the 21st Century Cures Act “provides for expedited review of ‘breakthrough’ combination products,” new technology such as “smart pills” are sure to be a shoo-in.

Otsuka’s antipsychotic drug ABILIFY combined with Proteus’ ingestible chip, will detect whether or not a patient has taken their medication, as well as collect other personal health information such as sleep patterns, body temperature, body angle, heart rate and more.