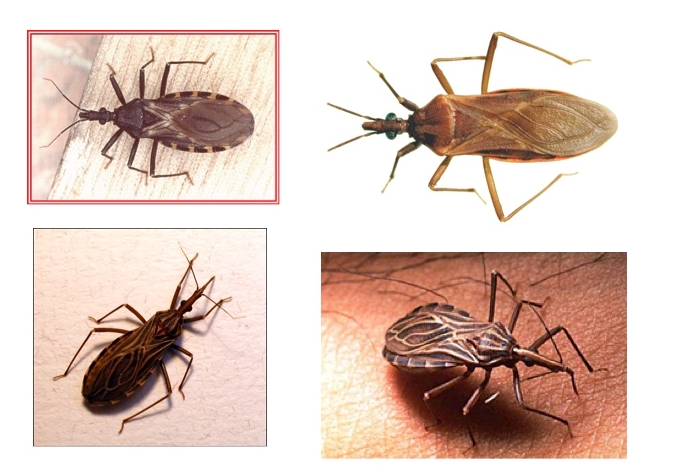 A resurgence of tropical diseases is occurring in America’s Southwest, presenting troublesome risks for its citizens, as well as physicians unfamiliar with treating them. Several factors contribute to this new phenomenon, including hot and humid climates, an increase in the number of insects carrying tropical diseases, poverty, and the influx of illegal immigrants crossing into the U.S. from parts of Latin America, such as Mexico, Guatemala, El Salvador and Honduras.

Houston, Texas, has especially been affected due to its wet and muggy climate, which is perfectly suitable for disease-carrying insects. It’s become such a problem, that infectious disease physician Peter Hotez founded a school of tropical medicine at the Baylor College of Medicine in Houston, located within a territory that the doctor says “is one of the world’s ten hotspots for so-called neglected tropical diseases,” reports Medical Xpress.

Some of the so-called “tropical” diseases being observed by the medical community include Chagas disease, neurocysticercosis (a parasitic disease that infects the brain), dengue virus, chikungunya virus, river blindness and cutaneous leishmaniasis.

Doctors say patients contracting these diseases are by no means world travelers, and instead have caught them at home in the U.S.

Chagas disease is spread by a group of insects called Triatoma, or “kissing bugs,” and is one of the most threatening tropical diseases emerging in Texas. Kissing bugs normally bite near the mouth and defecate afterwards, leaving parasitic-laden feces on the host’s skin. Scratching the wound can allow the parasites to enter into the body through broken skin, or can spread to other places if an individual touches the bite mark with their fingers and then their eyes or mouth.

The parasites can chew through cardiac muscle, eventually causing heart failure if left untreated. Chagas disease is incredibly common in Latin America, infecting an estimated 8 million people, and is also one of the primary causes of heart failure, resulting in about 11,000 deaths per year, Medical Xpress reports.

The Centers for Disease Control and Prevention originally estimated that one in 300,000 Americans was infected with Chagas disease; however, a 2014 study found that it’s more like one out of 6,500 people – nearly 50 times the CDC’s estimate.

Sahotra Sarkar, a disease ecologist working for the University of Texas, published research in 2010 stating that residents of southern Texas are at a “very, very high risk” for contracting Chagas disease. Further studies found that more than half of the kissing bugs in Texas were infected with T. cruzi, the parasite responsible for causing the disease.

After mapping out infection rates, scientists learned that Chagas disease posed the highest risk in the southeastern part of Texas, but was also persistent in the bayous of Louisiana and in San Antonio.

Poverty is largely to blame for the spread of tropical diseases. Take for example the conditions in Houston’s Fifth Ward, the metropolitan’s poorest neighborhood, where HIV infections are twice as high as the rest of the city.

“Its poverty levels are also reflected in the housing. Stagnant water collects in streets, sidewalks and yards, providing the perfect breeding ground for mosquitoes. Ripped and missing window screens provide plenty of opportunities for mosquitoes and other vectors to bite humans. Stray dogs roam the streets … ” reports Medical Xpress. “Conditions like these foster the spread of tropical diseases, whether in the USA or anywhere else.”