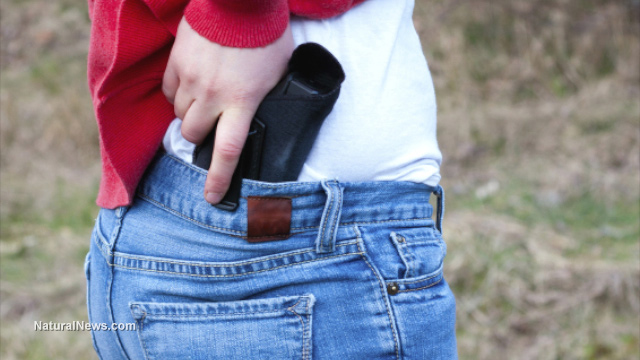 Public universities in Texas cannot ban guns from dorm rooms, despite efforts to do so at the University of Texas at Austin. Beginning in August of next year, license holders (you must be 21+ years old to obtain one) may carry a concealed handgun on university campuses.

Attempting to enact rules and regulations regarding the new campus carry law, the UT Campus Carry Policy Working Group recommended banning concealed handguns from dormitories, which generated backlash among Second Amendment supporters, who say that separating concealed handgun carriers from their weapons defeats the purpose of the new campus carry law, and leaves guns more vulnerable to theft it students are forced to store them in their vehicles.

In a statement issued on Dec. 21, Paxton said that any attempt to ban guns from student dorm rooms would be in direct violation of S.B. 11. While his opinion is not legally binding, it could shape the manner in which the campus carry law is implemented next fall.

“If an institution placed a prohibition on handguns in the institution’s residential facilities, however, it would effectively prohibit license holders in those facilities from carry concealed handguns on campus, in violation of S.B. 11,” said Paxton in a six-page statement.

“This is because ‘rules, regulations or other provisions concerning the storage of handguns in dormitories’ presupposes their presence in dormitories.”

One of the most common arguments against campus carry is that it will lead to more violence. However, a report generated by the same group seeking a ban on guns in dorm rooms, found “little evidence” directly linking campus violence to campus carry, and none of their research uncovered instances where campus carry resulted in an “intentional shooting.”(2)

After reviewing campus carry laws in other states, the working group learned of only “four accidental discharge incidents. Two involved a license holder who was openly displaying a handgun to another person; the other two involved license holders who were carrying their handguns unholstered in their pants pocket.”

Campus carry does not lead to more sexual assaults either, says the working group’s report, another factually incorrect claim made by anti-gun proponents. Additionally, “no evidence” exists linking campus carry to an increase in suicide rates.

A lot can be learned from observing campus carry laws in other states. Currently, eight states allow the carrying of concealed weapons on college campuses including Colorado, Idaho, Kansas, Mississippi, Oregon, Utah, Wisconsin and of course, Texas, the latest state to enact such law, says the National Conference of State Legislatures.(3)

Last year, the state of Arkansas passed a law allowing faculty to carry weapons on campus.