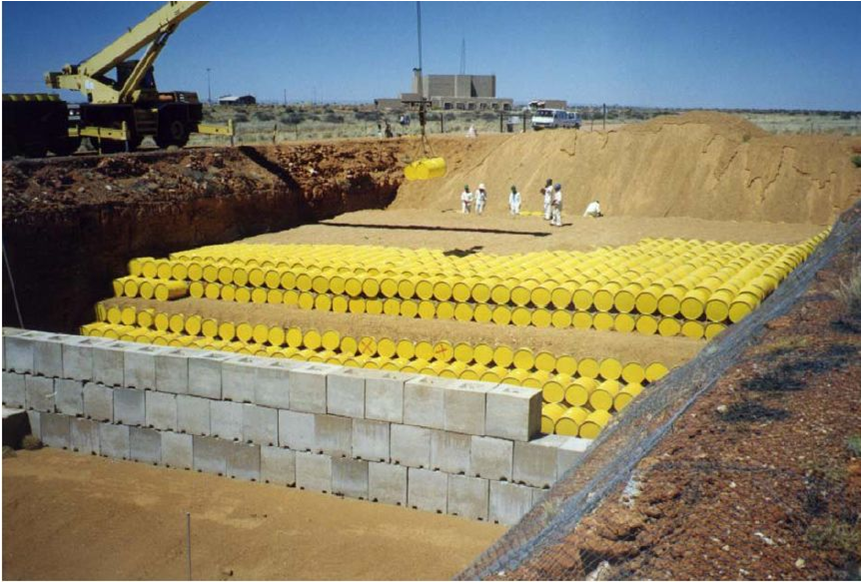 The Japanese Environment Ministry plans to unveil a proposal about how to dispose of radioactive designated waste at the Fukushima power plant, which was severely crippled by a tsunami in 2011. The government’s plan involves using the Fukushima Eco-tech Clean Center, a private disposal plant in the town of Tomioka, to bury a portion of the designated waste.(2)

It’s been more than four years since the Tokyo Power Electric Company (TEPCO) faced the challenge of decommissioning the Fukushima power plant. Although the power plant continues to pump out 300,000 tons of nuclear waste into the ocean each day, officials report that radiation levels of designated waste have fallen below criteria for designation standards.

Whenever radioactive waste and its concentrations exceed 8,000 bequerels per kilogram, the material is defined as designated waste. Most of it consists of ash, sludge and rice straw. After the appointment by the environment minister under the Law on Special Measures Concerning the Handling of Radioactive Pollution, it became the central government’s duty to dispose of the waste.(1)

When lower entities like the local government apply to remove the designated waste, and the waste stored in those areas is accepted as meeting the requirements for the removal of designation, the material can be delisted. Afterwards, the material can be disposed of in accordance with rules set for normal waste. This leads to a reduction in the overall amount of waste currently harbored at temporary sites across the nation.

Although designation standards are set by the Law on Special Measures Concerning the Handling of Radioactive Pollution, which came into effect August 2011, there are no rules that dictate the removal of the designation.

At the end of September, there were approximately 166,329 tons of waste stored in Tokyo, Tochigi, Chiba, Miyagi, Fukushima and seven other prefectures. The Fukushima prefecture harbored the most waste of any prefecture, storing an estimated 138,000 tons.(1)

With the exception of the Fukushima Prefecture, which has accepted a central government plan to orchestrate a landfill, local governments are uncertain about where to dispose of the waste once and for all.

Cesium-134 is among the radioactive isotopes used to evaluate the radiation concentration level. It has a radioactive half-life – the amount of time it takes half the radioactive nuclei in any sample to undergo radioactive decay – of a little over two years.

The total amount of waste with concentration levels below the standards was estimated at 3,172 tons at the end of June. The estimate takes into account more than 10 percent of all the waste currently stored at Miyagi, Ibaraki, Tochigi, Gunma and Chiba prefectures, which are the five prefectures the central government is having difficulties reaching an agreement with about where to store the waste for the long-term.(1)

The ministry decided how to handle designated waste following the 2011 Fukushima disaster. However, they failed to consider how hard it would be to find disposal sites and how long it would take  for radiation levels to decline to a certain level of concentration.

The current plan permits the removal of designation when local governments and other entities apply to do so, radiation levels have declined enough during reexaminations, and when the final disposal facility to store the waste for the long-run has been decided upon.(1)