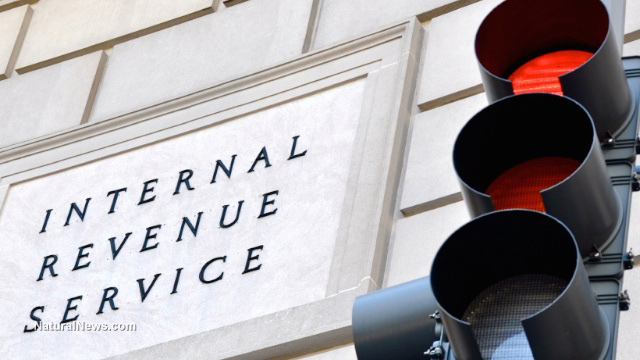 The Internal Revenue Service will not face consequences for illegally targeting conservative groups during the 2012 election, which resulted in the denial of their applications for tax-exempt status. Groups targeted for their political standings were subjected to “burdensome questionnaires and, in some cases, improper requests for the names of their donors,” reported The Washington Post.(1)

“The IRS has demonstrated the most disturbing, illegal and outrageous abuse of government power,” said Jenny Beth Martin, the national coordinator for the Tea Party Patriots. “This deliberate targeting and harassment of tea party groups reaches a new low in illegal government activity and overreach.”

One of the first statements issued by the IRS regarding its misconduct was from the agency’s former director, Lois Lerner, who stumbled over her words before blurting out: “I’m not good at math.”

That was in 2013. Little has changed since then, unfortunately, as the Obama administration has decided not to press any criminal charges against IRS employees involved in the partisan tax scandal.

A letter penned by the Department of Justice, and addressed to members of Congress, said that although its investigators identified instances of “‘mismanagement, poor judgment and institutional inertia,’ there was no evidence of a crime,” reports the Associated Press.(2)

“We found no evidence that any IRS official acted based on political, discriminatory, corrupt or other inappropriate motives that would support a criminal prosecution,” stated the DOJ in their letter.

The DOJ’s claims directly contradict evidence suggesting that agency employees did in fact break the law. The IRS even apologized for the malpractice, an apology conservative groups understandably refused to accept.

In 2013, ABC News reported that Lerner openly admitted that IRS employees scrutinized applications that included the words “Tea Party” or “patriot,” and that the practice began specifically with “low-level” employees in Cincinnati.(3)

IRS escapes legal ramifications despite admitting to its crimes

She even condemned their actions, calling them “absolutely inappropriate,” but insisted they had nothing to do with political leanings.

Lerner, who pleaded the Fifth Amendment during congressional testimony in March of 2014, has also escaped criminal charges.

“Ronald Machen, the former U.S. attorney for the District of Columbia, told House Speaker John Boehner (R-Ohio) in a seven-page letter this week that he would not bring a criminal case to a grand jury over Lerner’s refusal to testify before the House Oversight and Government Reform Committee in March 2014. The House approved a criminal contempt resolution against Lerner in May 2014, and Machen’s office has been reviewing the issue since then,” reported Politico.(4)

“Machen added: ‘Given that assessment, we have further concluded that it is not appropriate for a United States attorney to present the matter to the grand jury for action where, as here, the Constitution prevents the witness from being prosecuted for contempt.’”

The DOJ’s decision to grant the IRS impunity is frustrating, though not surprising, as the federal government rarely holds its agencies accountable, no matter how severe their crimes.

For instance, the Environmental Protection Agency escaped legal repercussions when it contaminated the Animas River with 3 million gallons of toxic wastewater left behind from a closed mine. While oil companies are normally held responsible for oil spills, the EPA got away scot-free.

An opinion piece by CNN’s Danny Cevallos said it best when he wrote(5):

In modern times, for the EPA, it’s good to be the government, especially when what it does is not illegal. Though the United States is no longer (technically) a monarchy, the government still enjoys today what is called “sovereign immunity” from civil and criminal liability. The sovereign immunity doctrine prevents any entity, governmental or private, from suing the federal government unless — unless the government gives its permission — to be sued. And, as you might expect, when the government decides when and if the government can be sued, well, they have a tendency to side with themselves.