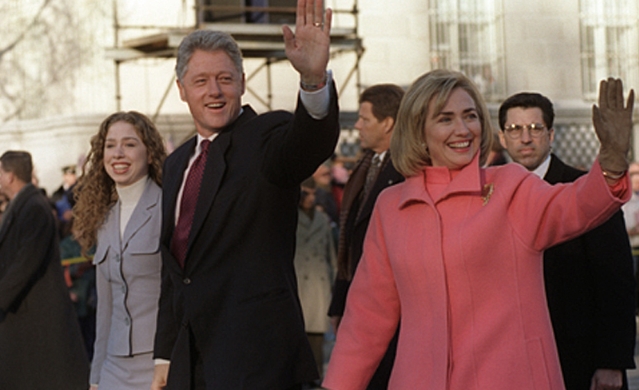 A new book by political insider and New York Times bestselling author Roger Stone exposes never-before-heard-of crimes committed by political power couple Bill and Hillary Clinton. Stone coauthored The Clintons’ War on Women with Robert Morrow in which they illustrate how the Clintons systematically abused “women and others – sexually, physically, and psychologically – in their scramble for power and wealth.”

Below is an excerpt from the book. You can read it in full by ordering a copy here.

Considering the effectiveness of the Clintons’ spin machine and the bias in much of the mainstream media, it’s not surprising that the public impression is that accusations of rape or sexual assault against Bill were disproven. So it is with the question of the former president’s real father and his parentage of an African American child in Arkansas whom he has never acknowledged or embraced.

Many Americans who have heard these accusations believe them to be false. As you shall see, the serial trail of deception, disinformation, and crime by the Clintons goes beyond what we remember from the 1990s.

Bill and Hillary are like a modern Tom and Daisy Buchanan. As F. Scott Fitzgerald wrote so eloquently almost a century ago, “They smashed up things and creatures and then retreated back into their money or their vast carelessness, or whatever it was that kept them together and let other people clean up the mess they had made.”

The Clintons have long had a loyal cadre of equally ambitious staffers who would do anything to cover up their bosses’ misdeeds. Betsey Wright was famously in charge of “bimbo eruptions” whenever yet another ex-girlfriend—or sexual assault victim—would surface with details of her time with Bill. She was Bill’s “cleanup woman.”

Hillary Clinton positioning herself as a champion of women just doesn’t measure up after a full and complete review of her public record and her connection to some of the most lurid and shocking scandals of the Clinton era. This is that story.

The Clintons have some sort of hidden, institutional immunity that maintains their viability despite the mountain of scandals connected with them. It is incredible to me that they get away with so much crap…until now.

The Clintons’ lifelong history of lying and violating the law, seemingly without consequence or punishment, is a phenomenon known as elite deviance. Elite deviance is a condition sociologists say exists in a society when the elite of that society no longer believe that the rules apply to them.

“It is not due primarily to psychopathological variables, but to the institutionalization of elite wrongdoing,” says Professor David Simon in his landmark book now in its eighth printing, Elite Deviance.

Elite deviance is an anomaly in which a tiny few people who have enough material wealth, political influence, and personal connections can immunize themselves from considering the consequences of their most abhorrent, destructive, vile, and even criminal behavior. This describes the Clintons perfectly.

Since the 1990s, many voters have come to think of Bill as the naughty, winking old uncle who gave them beer when their parents weren’t looking and had a harmless weakness for women. That narrative is advantageous to the Clintons, because it’s far more excusable than the truth.

It works even better for Hillary, who is perfectly happy to be seen as the strong, smart woman who stood by her flawed but affable, philandering husband while launching a career to shatter the glass ceiling for women in government once and for all. But the American public needs to see past this false, dangerous narrative of a charming, goofily naive Bubba and a poor, devoted Hillary.

The Clintons’ activities have not only included Bill’s physical rape of women, but also Hillary’s degradation and psychological rape of women whom Bill has assaulted. Hillary, it will be seen, looks likely to authorize the heavy-handed private detectives who terrorize Bill’s victims into silence.

Behind the scenes, she calls them “sluts,” “whores,” and “b*****s,” blaming and shaming them for the unwanted physical attentions and violence of Bill. This is the “advocate for women and girls”?

The brave women who came forward to expose Bill Clinton’s sexual abuse and assaults on them were denigrated as “trailer trash,” and Clinton himself called it “trash for cash” when some of the supermarket tabloids like the National Enquirer and the Globe began paying women whose stories they found credible.