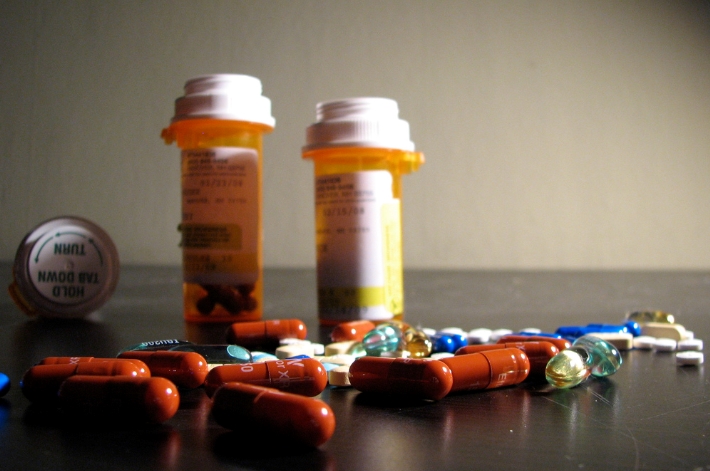 While this doesn’t necessarily come as a surprise to anyone anymore, it’s still of paramount importance to report that the pharmaceutical executives behind the atrocious price-gouging of lifesaving drugs are not in the least bit remorseful about their unethical tactics. In fact, they even consider the immense price hikes to be “very responsible.”

The revelation was made when a top official at pharmaceutical giant Johnson & Johnson responded to a question regarding the company’s price hike on important drugs.

The Intercept reports that when a “questioner asked Johnson & Johnson Chief Financial Officer Dominic Caruso where he sees the drug pricing reform debate in Washington going and if the company was planning a pledge, similar to one made by many firms in the 1990s, to not raise drug prices beyond the cost of inflation,” he answered that there’s really no incentive to do so.(1)

“Despite significant media attention on drug pricing, there really isn’t a consensus on policy solutions that would lower prices without negatively lowering innovation,” Caruso said.

Caruso’s assertion that price hikes are needed to fuel “innovation,” is complete hogwash. It’s almost common knowledge that Big Pharma spends relatively nothing on research and development, especially when compared to the enormous amount the industry spends on ensuring its drugs make their way into the mouths of its customers.

Nine out of 10 Big Pharma companies spend more on marketing than they do on research, pointed out late-night TV host John Oliver during a February episode of “Last Week Tonight.”

A report by The Washington Post includes a graph completed by Leon Markovitz of Dadaviz, illustrating just how much each major pharmaceutical company spends on research and development versus advertising.(2) 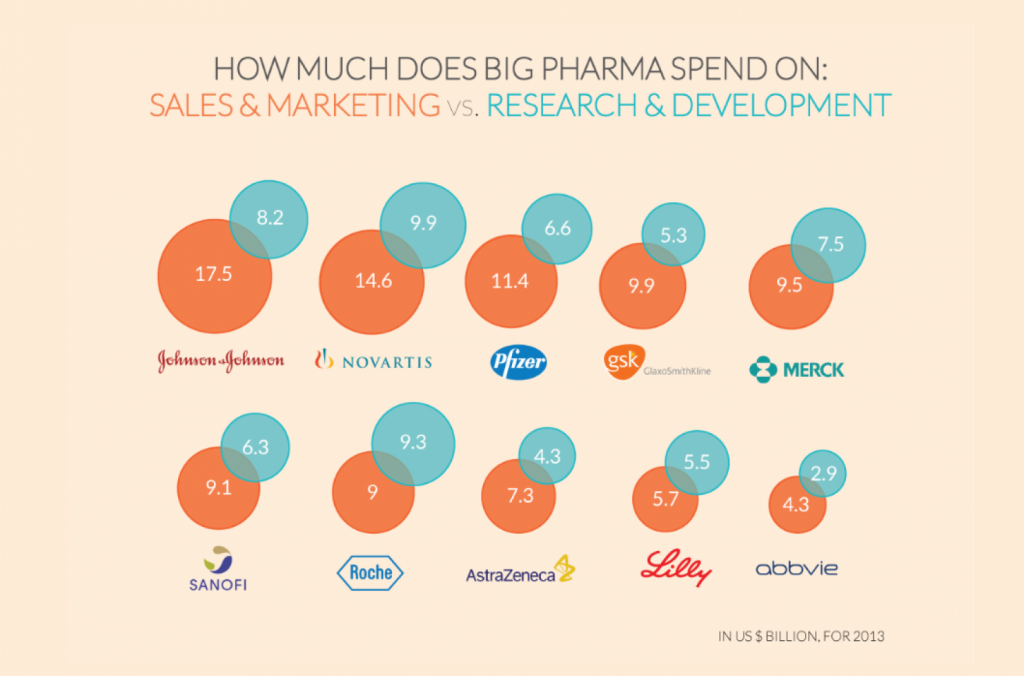 But, of course, Caruso doesn’t want you to focus on that.

“After recalling the industry’s collaboration on the Affordable Care Act, Caruso then told the questioner that the ‘real answer to this dilemma is to monitor and provide outcome-based metrics and not simply focus only on price,’” reports The Intercept.

“Finally, Caruso, in response to a question about the industry voluntarily restraining the prices of its own drugs, explained that he would rather focus on justifying the current prices of drugs.”

“I think we’re very responsible in our drug pricing. And we tend to support the price of our drugs with strong economic data,” Caruso replied. “So rather than pledge to a particular number I think it’s important that we continue to develop robust data that provides a solid foundation for the value that our products provide the health care system.”

However, a health advocate for Public Citizen told The Intercept he couldn’t disagree more.

“Johnson & Johnson’s justification for their prescription drug prices are outrageous,” said Vijay Das. “Sick patients and taxpayers are held hostage in order for the drug maker to extract extreme profits.”

“Johnson & Johnson has gained notoriety for the high cost of its drugs. For example, it produces and markets the cancer drug Imbruvica, which retails at around $9,550 for one bottle of 90 capsules. Dosage is four capsules a day, meaning one bottle will be a 22-and-a-half-day supply.”

“Another drug it produces, Olysio, is used to treat Hepatitis C. This drug retails at around $22,000 on the low end for around a month’s supply. Altogether, that equals $264,000 for an annual supply.”

“Hepatitis C treatment costs are forcing state governments to consider rationing care for their Medicaid and prison rolls,” said Das. “Instead of simply charging less, this industry is outdoing itself every year, extracting huge profits at the expense of our poor and sick.”

To find out just how much money your doctor has been receiving from Big Pharma, be sure to check out Dollars for Docs.