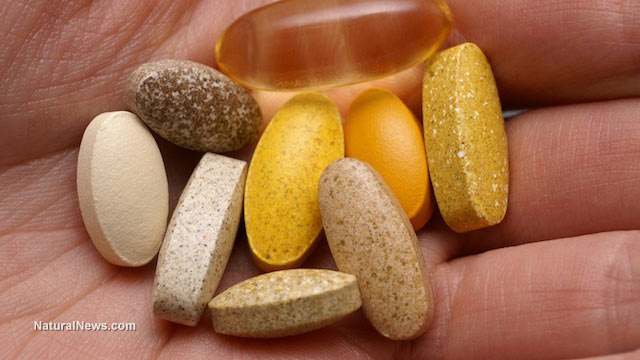 Medical research continues to confirm the cancer-fighting effects of vitamin C. According to a new study published in Science, high doses of vitamin C were able to destroy human colorectal cancers cells harboring specific genetic mutations that are present in half of these cancers.

The results of the study suggested that colorectal cancer cells were more likely to soak up the vitamin C metabolite than cells devoid of those mutations. This is because of an upregulation of the protein that draws vitamin C and its metabolites into cells. These cells bring in so much of these chemicals that they self-destruct.

The researchers then grafted the tumors with these mutations into mice to investigate whether the results could be replicated in a living animal. Scientists often experiment on mice to determine whether a specific treatment would be effective or ineffective for people. Once again, the researchers found that vitamin C annihilated the cells carrying the mutations common in colorectal cancers cells.

Further research on the impact of vitamin C found that it minimized the availability of intracellular energy units known as ATP, leading to a hazardous lack of energy in these cells.(1)

The results of the study are significant because they highlight the cellular steps involved in destroying cancer cells. The scientists discovered that the therapeutically active chemical is the vitamin C metabolite dehydroascorbate. The spike in vitamin C uptake was due to the upregulation of a specific kind of transporter in mutated cells that don’t take place in normal cells.(1)

This isn’t the first time vitamin C has been shown to annihilate cancer. According to a study published in the peer-reviewed journal Science Translational Medicine last February, people who receive high-dose injections of vitamin C can boost the cancer killing effects of chemotherapy and could potentially be a safe, low-cost treatment for ovarian cancers and other cancers.(2)

Although the case for the cancer-fighting effects of vitamin C continues to grow, don’t expect a large-scale clinical human trial funded by the federal government to replicate these results. The reason? Because drug companies can’t patent vitamins.

Such trials require major funding that usually includes pharmaceutical companies involved in the development of a patented drug. Obviously, Big Pharma would not be interested in promoting the medicinal benefits of natural substances like vitamin C, which would otherwise destroy the multi-billion dollar cancer industry.

“Because vitamin C has no patent potential, its development will not be supported by pharmaceutical companies,” says Qi Chen, lead author of the new study. “We believe that the time has arrived for research agencies to vigorously support thoughtful and meticulous clinical trials with intravenous vitamin C,” he added.(2)

In the meantime, let’s just wait and see until vitamin C fully kicks the Big C to the curb.