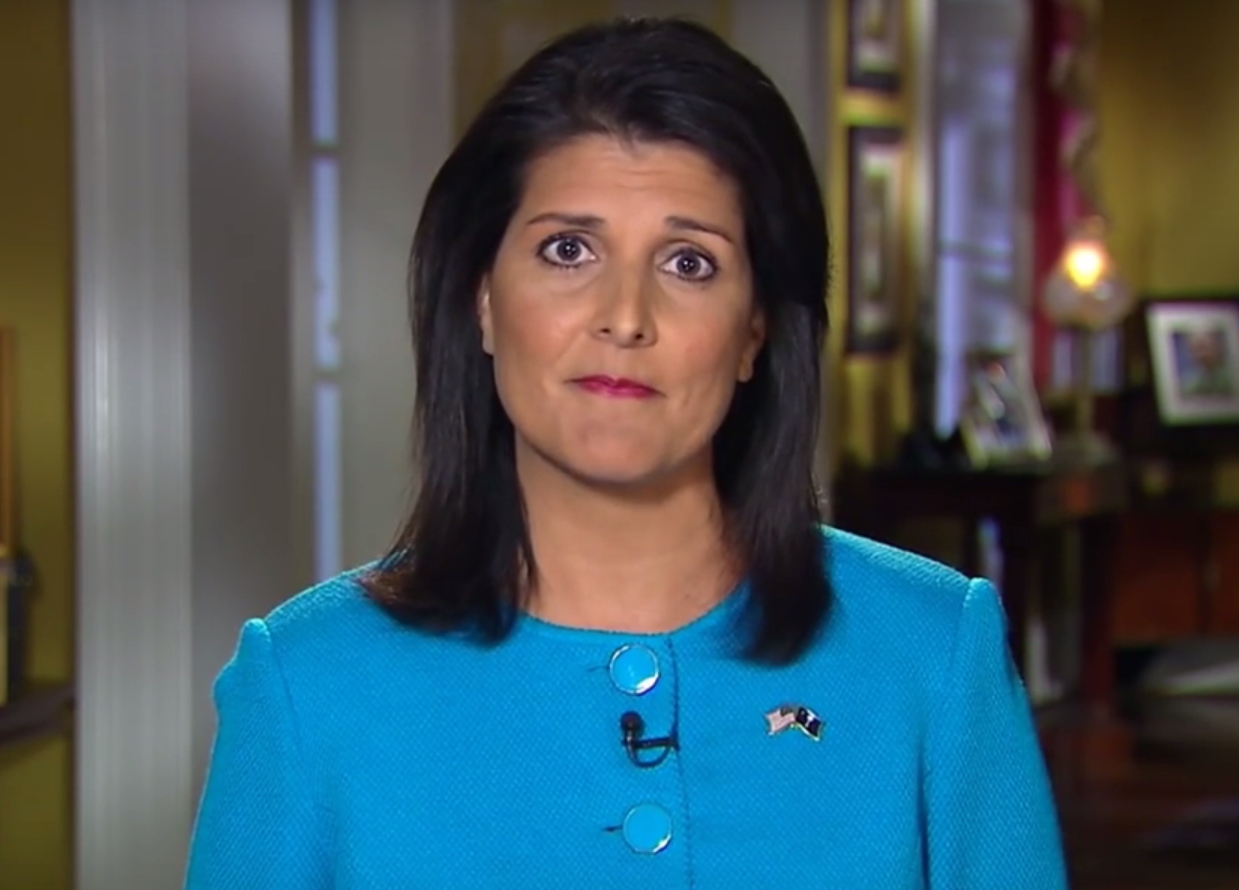 Beltway Republicans praised her speech–Charles Krauthammer called it “the best written and best delivered answer to a State of the Union I have ever heard”–but that was, in a sense, because she was speaking for them, distinguishing them from Donald Trump.

(Written by Joel B. Pollak, Originally published on Breitbart.com)

There were five major failures in Haley’s response.

1. Ignoring Obama. Haley offered no actual response to what President Obama had said in his State of the Union address, and few direct criticisms of his policies. She began, in fact, by praising him: “President Obama spoke eloquently about grand things. He’s at his best when he does that.” She did note that he was “unwilling or unable” to confront terror. But the other contrasts she drew between Obama and Republicans were abstract and muted.

2. Attacking Republicans. Haley’s main goal, bizarrely, was to criticize her own party. “…[W]hile Democrats in Washington bear much responsibility for the problems facing America today, they do not bear it alone. There is more than enough blame to go around. We as Republicans need to own that truth.” She spoke these words over two minutes into her speech–before saying anything about what Republicans actually offered in contrast to Obama.

3. Attacking Trump. Haley hit Trump’s tough line on immigrants, Muslim immigrants in particular. “During anxious times, it can be tempting to follow the siren call of the angriest voices. We must resist that temptation.” She said we should welcome “properly vetted legal immigrants, regardless of their race or religion.” She did not explain how to vet them–an glaring oversight after San Bernardino that is the reason Trump’s policy has popular appeal.

4. Forgetting sailors in danger. One of the most glaring omissions from Obama’s speech was his complete failure to mention the ten U.S. sailors being held by Iran (they were released Wednesday). No reassurance of their safety, no prayers for their welfare, no thoughts for their families. It was an inexcusable abdication of responsibility–and then Haley did the same. How hard would it have been to say a sentence or two about the Americans in danger?

5. Ignoring social issues. Haley completely ignored the issue of abortion, despite lingering public outrage over the Planned Parenthood videos. She did not defend traditional marriage, referring only to “respect for religious liberty.” She mentioned the Second Amendment, but did not spell out clearly what it meant. These might not be important issues inside the Beltway, but they are important to many Americans, who were voiceless on Tuesday evening.