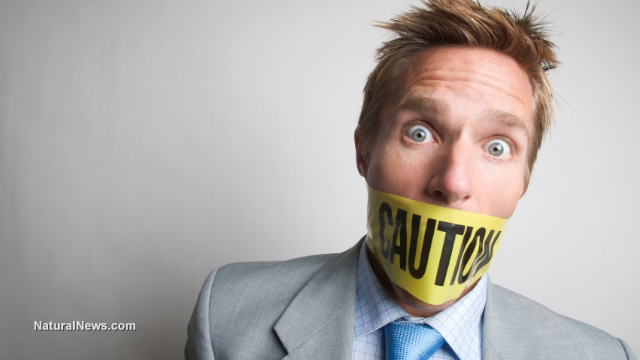 The GOP bills itself as the party of small government (well, okay, it used to). Libertarians like to think of themselves as belonging to the party of the Constitution. The Democrat Party seriously ought to rename itself the party of the anti-American totalitarian, as a recent piece of Democrat legislation once again demonstrates.

As reported by Frontpage Magazine, there is a gaggle of House Democrats who essentially want to criminalize any speech they, and unelected speech police throughout the federal law enforcement bureaucracy, deem offensive to people of Islamic faith, in yet another obvious attempt at exploiting a minority group for votes:

December 17, 2015 ought henceforth to be a date which will live in infamy, as that was the day that some of the leading Democrats in the House of Representatives came out in favor of the destruction of the First Amendment. Sponsored by among others, Muslim Congressmen Keith Ellison and Andre Carson, as well as Eleanor Holmes Norton [NB: Norton is the non-voting “delegate” to Congress from Washington, D.C., which makes her “sponsorship” of any legislation meaningless], Loretta Sanchez, Charles Rangel, Debbie Wasserman Schultz, Joe Kennedy, Al Green, Judy Chu, Debbie Dingell, Niki Tsongas, John Conyers, José Serrano, Hank Johnson, and many others, House Resolution 569 condemns “violence, bigotry, and hateful rhetoric towards Muslims in the United States.” The Resolution has been referred to the House Committee on the Judiciary.

And once again – of course – the federal law enforcement bureaucracy gets to decide what “violence, bigotry, and hateful rhetoric” amounts to.

AG Lynch has already thrown down the speech gauntlet

What’s even more comical – or sad, depending on how you look at it – is that the legislation claims it “reaffirms the inalienable right of every citizen to live without fear and intimidation, and to practice their freedom of faith,” which is an obvious lie. That is readily and demonstrably apparent, given that Americans who claim to be adherents to, and practitioners of, Christianity – the nation’s historically dominant religion – not only do not have laws on the books specifically protecting them, but are routinely victimized by the Obama Administration as practicing “hateful, bigoted” speech towards other protected groups.

What’s more, if you’re a conservative and you dare to launch a 501(c)(3) group and apply for tax-exempt status, you will be victimized and overly scrutinized by the Obama Administration’s IRS.

Vaccine skeptic? You’re a lunatic, and must be forced by law to accept the medical establishment’s dicta.

But back to the proposed legislation. The words “violence, bigotry, and hateful rhetoric” have already been misapplied under the cover of law, and again, especially by the Marxist nannies who inhabit the Obama regime. Criticism of anything Islamic – like violent religious extremism – will earn you a rebuke from the White House, and has already earned the threat of prosecution from Obama’s lapdog attorney general, Loretta Lynch.

‘Quash legitimate criticism of hateful acts’ – such as gunning people down, for instance

Free speech, anyone? The legacy media ought to be all over this but, of course, it isn’t because 1) it’s Democrats doing the proposing; and 2) deep down, they agree with the effort.

As Frontpage Magazine further notes, the real danger in H.R. 569 is that it would equate criticism of violence – as in Islam-related attacks on innocent civilians, which can never be seriously justified – with “bigotry” and “hateful rhetoric,” both of which are hugely subjective (which is the point – Lynch gets to decide what’s “hateful” at the moment, apparently).

“The inclusion of condemnations of ‘bigotry’ and ‘hateful rhetoric’ in this Resolution, while appearing to be high-minded, take on an ominous character when one recalls the fact that for years, Ellison, Carson, and his allies (including groups such as the Hamas-linked Council on American-Islamic Relations, CAIR) have been smearing any and all honest examination of how Islamic jihadists use the texts and teachings of Islam to incite hatred and violence as ‘bigotry’ and ‘hateful rhetoric,'” Frontpage notes. (See how that works? You make the charge, then you offer legislation to address the “problem.”)

“This Resolution is using the specter of violence against Muslims to try to quash legitimate research into the motives and goals of those who have vowed to destroy us, which will have the effect of allowing the jihad to advance unimpeded and unopposed,” the site noted.