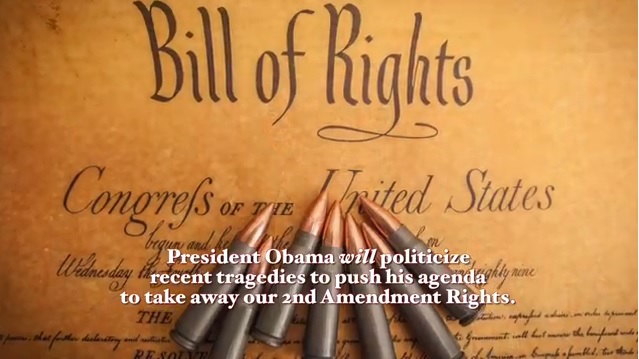 Make no mistake about it: Marxist Democrats’ long-term goal regarding gun ownership in America is to make the Second Amendment either irrelevant or repeal it altogether because gun confiscation is what the real objective is.

You hear this in their language all the time. For instance, when they talk about “reasonable” gun control measures, most often they will refer admiringly to European and Asian first-world nations that have implemented not simply “strict” gun control but outright bans of all weapons (for their citizens, not government-controlled military forces). President Obama did so again just recently in the days leading up to his most recent executive actions on gun control said the kind of mass shootings the nation has endured in recent years “does not happen in other advanced countries,” a claim that is just false.

We also read about the constitutional usurpation in the lamestream media all the time. A recent piece in Bloomberg Business was typical (remember, Bloomberg‘s founder, Michael Bloomberg, former NYC mayor, is also the founder of Everytown for Gun Safety, a pro-gun-control group).

The end game is confiscation – believe it

It begins thusly: “The White House will likely go around Congress and require background checks for all ‘in the business’ of selling firearms [emphasis added].”

That headline alone should never be written; imagine this one instead: “The White House will likely go around Congress and require background checks for all ‘in the business’ of journalism.” An abridgement of that constitutional right would likely not gain media support.

But it’s not just this, although this issue of presidents bypassing Congress is vitally important. It’s the fact that these people pushing these new rules already know they aren’t going to be any more effective at ending all gun violence than the plethora of existing laws and regulations already on the books.

Obama himself, in announcing his new measures, admitted as much.

One the cornerstones of Obama’s new gun control actions – which are very likely going to be challenged in court, by the way – is “expanding background checks” and “closing the gun show loophole.”

Not everyone knows this because not everyone is a gun owner, but no matter where you purchase a firearm – no matter where, from a gun show, the internet (you would still have to pick up your gun at a federally licensed firearms dealer) or “Bob’s Guns” down the street – every single one of those purchasers buying from a licensed dealer are subjected to a background check. Many gun dealers will also go further, photo-cataloging gun serial numbers and so forth to ensure the information is on file for local law enforcement, should the weapon ever be stolen.

Ah, you say, but what about those guns sold by people who aren’t licensed dealers? That’s the real bugaboo – right?

Can we all agree the Constitution matters the most?

Not hardly. Bloomberg News attempted to justify Obama’s order to expand background checks even to people who just sell a gun or two a year, mostly from their personal collection, by citing a Harvard study indicating that perhaps as many as 40 percent of gun sales and transfers are between individuals and thus not subject to background checks.

What is lacking from that study and nearly every other like it is its failure to show a correlation between the sales of these non-background-checked guns and armed criminal action. For that, we can turn to a study from the University of Chicago showing where people who commit crimes with guns[PDF] actually get them.

The results: Not at gun shows. They get them from other criminals.

The thing is, Obama and the gun-grabbing Marxists all know this. They are perfectly aware of these facts. But boy, don’t their proposals sound “sensible”? “Reasonable”? But if they know even these new rules won’t work – or more down the road – gee whiz, what would do the trick?

See if you can visualize a future Obama (or even the real Obama) looking solemnly into the TV cameras and saying, after another shooting, “We tried. You saw it. You saw what I did, and it’s still not enough. To be honest, the only way we can ever truly stop gun violence is to take all guns off the streets, out of our homes and our of our cars. If Congress won’t act, I will.”