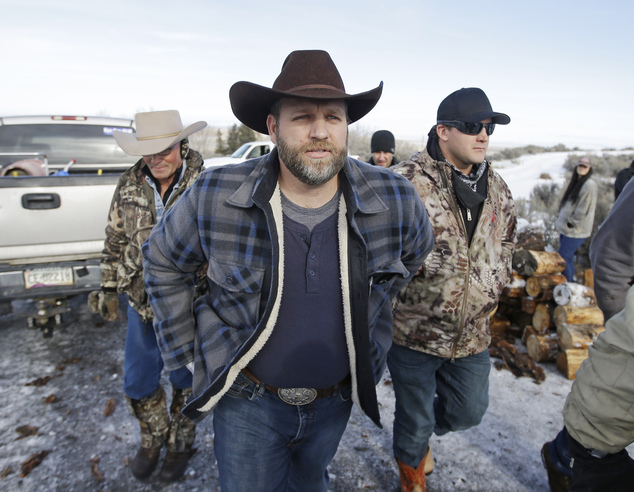 (Freedom.news) While much attention has been focused on Ammon Bundy and his armed takeover of an isolated building on a federal land preserve in Oregon, there is a much wider, but far less publicized, rebellion of sorts taking place throughout the West against Washington’s never-ending encroachment against states.

As reported by The New York Times, some state lawmakers are beginning to both question and push back against federal ownership of land which, in states like Nevada, Utah, Idaho and Oregon surpasses 50 percent (Washington owns nearly 88 percent of all land in Nevada). One of them is Ken Ivory, a Utah state lawmaker and business lawyer from Salt Lake City.

[Ivory] has been roaming the West with an alluring pitch to cattle ranchers, farmers and conservatives upset with how Washington controls the wide-open public spaces out here: This land is your land, he says, and not the federal government’s.

While he does not fit the stereotype of a sun-baked sagebrush rebel, Ivory is nevertheless part of a growing contingent of Republican-led advocates pushing to regain state and local control over tens of millions of acres in the West, along with the rich stores of timber, coal and grazing grass.

“It’s like having your hands on the lever of a modern-day Louisiana Purchase,” Ivory, founder of the American Lands Council, told the Times. His group, based in Utah, is mostly funded by county governments via donations but it has also been given support from Americans for Prosperity, an organization that is backed by the Koch brothers.

The idea resonates with Bundy and his group who took over a federal wildlife refuge in Oregon earlier this month, but it also strikes a chord with thousands of others, mostly ranchers, who view it as a necessary step in dramatically shifting the balance of power in the West back to states.

That said many conservatives, including Ivory, have criticized the Bundy’s armed tactic, though the two share nearly identical grievances and goals. Moreover, the outcry against federal control has only intensified during President Obama’s two terms in office, as his bureaucracy has worked to impose newer, more strict regulations regarding fracking, air quality, management of water to include even small streams and other environmental group priorities that put the administration at odds with struggling Western counties and enclaves.

In recent years, the Times noted, lawmakers from Western states have introduced a slew of measures and resolutions that sought to seize control of federal lands within their state borders, or to at least study legal remedies. Some of the measures have been directed at Congress in an effort to nudge federal lawmakers into dramatically remaking laws that have empowered the Bureau of Land Management to rule over 550,000 square miles of national forests and other terrain.

The Times noted that critics say the any notion of radically changing federal land use and ownership policies are dead on arrival on Capitol Hill, but that hasn’t stopped supporters of reform.

As of now, Utah is the only state legislature to demand that the federal government return land to the state, but it hasn’t happened. So now, Republicans who are in the majority are examining a $14 million lawsuit aimed at reclaiming for the state more than 31 million acres.

In Washington, some lawmakers are taking up the cause. In recent days Rep. Greg Walden, a Republican who represents the Oregon district where Bundy and his group are holed up, stood on the House floor to decry the armed tactics but to express sympathy for the motivation and frustration Westerners feel.

“More than half of my district is under federal management, or lack thereof,” Walden said, venting anger at the Bureau of Land Management. “They have come out with these proposals to close roads into the forests. They have ignored public input.”

There have been other congressional efforts aimed at reducing federal ownership and management of land, but so far they have not come to fruition. And critics of such efforts also want to know what would happen the day after the federal government turned land back over to states: Would they be able to afford the scores of rangers and other land mangers necessary to ensure compliance with complicated federal rules, for example?

Still, state and local leaders figure it’s about time to reclaim their territory.

“It seems to be getting worse, and the federal agencies, they are expanding,” Phil Lyman, a commissioner in San Juan County, Utah, who received a 10-day jail sentence in December for leading a protest ride through federal land that had been put off-limits to motorized vehicles, told the Times.