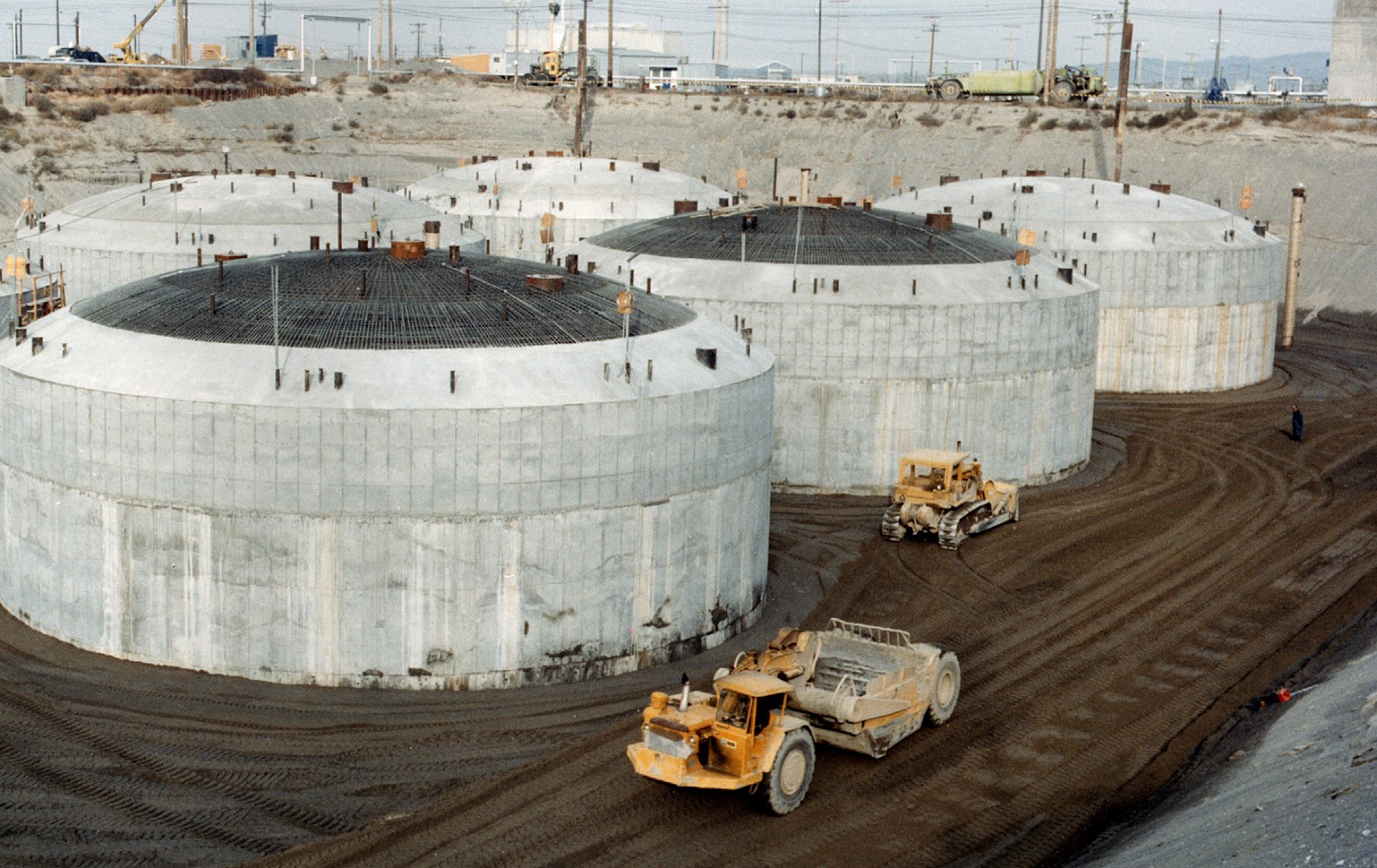 The U.S. Energy Department has stalled a construction project for a complex waste treatment plant at the radioactive, contaminated Hanford site in Washington state by 17 years. The nuclear bomb waste won’t be processed until 2039.(1)

Hanford, Washington has long been recognized as the most contaminated nuclear waste site in the U.S. Approximately 60 percent (by volume) of the country’s high level radioactive waste is located in Hanford. The Hanford Nuclear Reservation on the Columbia River is owned by the federal government. A total of 53 million gallons of chemical waste is stored at Hanford in underground tanks, one-third of which have leaked more than a million gallons of waste.(2)

The Energy Department submitted a 29-page plan in federal court, which breaks company with a previous agreement to start the plant by 2022. A number of technical questions have put the stability of the power plant in doubt. Two major facilities under construction at the site have ceased operations, as ordered by the  then-Energy Secretary, Steven Chu in 2013.(1)

Doubts about stability of plant burgeon

The plant is designed to convert 56 million gallons worth of nuclear waste stored in the underground tanks into rigid glass, which could, in theory, last for thousands of years. The radioactive sludge is a consequence of plutonium production, which began with the Manhattan project during World War II. The site now requires 8,000 workers to manage the reckless, secret industrial practices of the federal government in the last half-century.

The Energy Department’s files underscore the severity of the problem. According to a 2014 review conducted by the country’s most elite chemical engineers, the partially constructed building had an estimated 362 significant design vulnerabilities – from seals that could melt, to ventilation systems that could fail to store radioactive gas.

Construction was stopped before that review was even conducted. People started to question whether the complex technology for mixing heavy sludge was sufficient to thwart combustible hydrogen gas from forming, or plutonium sporadically sparking a nuclear reaction. The Energy Department’s file marked these two problems as ongoing concerns.

The most recent delay was made known Friday, after the Energy Department and Washington state presented proposals that would amend the 2010 agreement to clean up the tank sludge. Under the reformed plan, Hanford’s waste treatment plant would be fully operational by 2039, though pockets of activity at the site could start sooner.(1)

Regulators in Washington have been nudging the Energy Department to act in accordance with the previous agreement; nevertheless, the recent report reveals a delay is unstoppable. The state has suggested a plan, which would have the plant fully operational by 2034.(1)

Stay up-to-date on the dangers of toxins run amok with toxins.news powered by Fetch.news.

When doing nothing comes at a price

The Energy Department claimed in a recent statement that it “remains committed” to the completion of the project. Other parts of the project, like the remediation of toxic buildings, are still underway. Some of the nuclear sludge could start to be purified by 2022.

According to Tom Carpenter, executive director of the watchdog group Hanford Challenge, the latest delay will come with a price tag. The federal government has already spent a whopping $690 million annually on the waste treatment plant for more than a decade.

“Will Congress go along with funding the WTP at this rate for another 25 years or more, just to get the plant operational?” Carpenter told sources in an email.(1)

The debacle illustrates the of amount time, money and resources required to maintain nuclear waste, thereby underscoring the need for alternative, reusable energy.