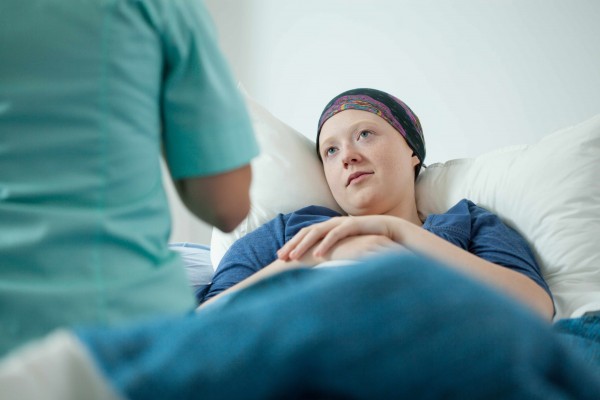 It’s no secret that Big Pharma is a multi-billion industry eager to make a buck off a false cancer diagnosis. Many patients become angered by their false-positive test results, and never have another cancer screening again. In an effort to ensure patients keep coming back, a recent study released in the journal Cancer Epidemiology, Biomarkers & Prevention claims patients with a false-positive mammography are at an increased risk of developing cancer for a decade.(1)

In actuality, women with a false-positive mammography likely never had a life threatening condition to begin with, and are being scared into future screenings by crooked oncologists. As reported by Mike Adams, editor of Natural News:

“The word ‘cancer’ often invokes the specter of an inexorably lethal process; however, cancers are heterogeneous and can follow multiple paths, not all of which progress to metastases and death, and include indolent disease that causes no harm during the patient’s lifetime,” says the abstract of the published study entitled Overdiagnosis and Overtreatment in Cancer An Opportunity for Improvement (JAMA. 2013;310(8):797-798. doi:10.1001/jama.2013.108415)(2)

The study goes on to explain that many tissue lesions in human biology, which are often found by mammogram tests, are being diagnosed as “potentially cancerous” even though they likely would not lead to any real harm in the body if left untreated.

Oncologists and the breast cancer industry rely on a systematic overdiagnosis of cancer in order to scare patients into gratuitous treatments and expensive screenings. These methods enable the cancer industry to generate $100 billion a year in chemotherapy revenues for “cancers” that shouldn’t qualify as cancers in the first place.

Continuing in his article, Adams wrote:

“Physicians, patients and the general public must recognize that overdiagnosis is common and occurs more frequently with cancer screening,” warns the [National Cancer Institute]-commissioned science article in JAMA.

A 2002 editorial in the Annals of Internal Medicine maintained that the efficacy of mammograms for younger women is an open question. “The debate is worth following closely,” concluded the editor of the journal, “because women are deciding about breast cancer screening, and it’s our role to keep them informed as best we can.” Yet it is worth remembering that “mammography screening may lead to an overdiagnosis of breast cancer, that is, the detection of a tumor that would not have become clinically detectable in the patient’s lifetime.” – from the book “What If Medicine Disappeared” by Gerald E Markle.(2)

This all verifies what alternative news health advocates have said over and over: the cancer industry intentionally deploys scare tactics in order to recruit men and women into superfluous but highly expensive cancer screenings and treatments in the decades to come.

The report drops a few major bombshells on the way that many cancers are diagnosed. Breast cancer, for instance, is sometimes not breast cancer at all but rather a benign condition such as ductal carcinoma in situ (DCIS). However, untold millions of women with DCIS have been misdiagnosed as having breast cancer, and subsequently treated for a condition that likely never would have caused them any health problems. And similarly in men, high-grade prostatic intraepithelial neoplasia (HGPIN), a type of premalignant precursor to cancer, is commonly mistreated as if it was actual cancer.(2)

The goods news is that if you have a false-positive mammography, it’s possible you may be a victim of medical terrorism and do not have an increased risk for cancer. For any cancer diagnosis, or false-positive mammogram for that matter, it is important to get educated, seek a second opinion and a consult naturopathic physician about how you can keep cancer at bay for the long-term.