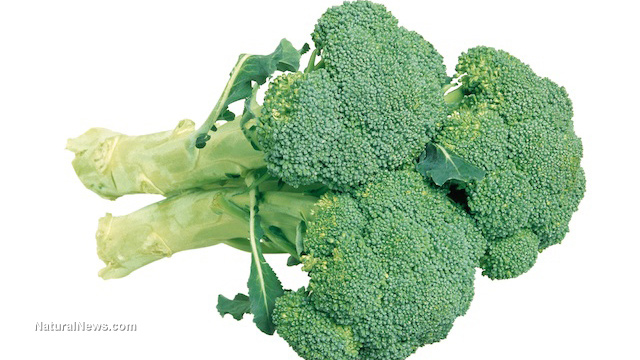 A cruciferous vegetable loathed by many children, broccoli can take some getting used to. But the sooner your palate learns to enjoy its taste, the better, because you don’t want to miss out on this vegetable’s remarkable health benefits.

An astounding 30 percent of all cancers are connected to what a person eats. This is both good news and bad news. The good news is that we actually have control over our health, whereas before it was widely believed that most cancers were the result of bad genes passed on from one generation to the next.

The bad news, is that if you want to get healthy and protect yourself from disease (or cure disease), then it’s up to you to take action. A pill isn’t going to save you. But a dedicated effort on your part may.

You are what you eat

Now, having gotten that out of the way, it’s time to get to the mounting research on broccoli.

As Natural News reported a few years back, out of all cruciferous vegetables, “broccoli has shown the most consistent and pronounced anticancer effects with testing.

“The anticancer compound is sulfur-based sulforaphane. It doesn’t come gift wrapped in broccoli, but the naturally occurring precursor glucoraphanin that creates it does.

“So it’s the glucoraphanin content that varies with different broccoli and is essential for creating sulforaphane, releasing Phase-2 enzymes which neutralize highly reactive forms of cancer-causing chemicals before they can damage DNA and promote cancer.”(1)

Data supporting broccoli’s cancer-fighting abilities was first made available more than three decades ago. Since then, countless studies have confirmed these findings.

In 1982, the National Research Council on Diet, Nutrition, and Cancer concluded that there “there is sufficient epidemiological evidence to suggest that consumption of cruciferous vegetables is associated with a reduction in cancer,” reported Super Foods Rx.(2)

After reviewing the diets of nearly 50,000 men over a 10-year-old period, researchers at the Harvard School of Public Health also identified “an inverse relationship between the consumption of cruciferous vegetables and the development of bladder cancer.”

Furthermore, a meta-analysis of 87 case-controlled studies confirmed that broccoli and other cruciferous veggies help ward off the risk of developing cancer, and just “10 grams a day of crucifers (less than 1/8 cup of chopped raw cabbage or chopped raw broccoli) can have a significant effect on your risk for developing cancer,” reveals Super Foods Rx.

Consuming just half a cup of broccoli per day is believed to protect against a number of cancers, including lung, stomach, colon, rectal and breast cancer.

According to the National Cancer Institute, broccoli and other cruciferous veggies help prevent cancer in the following ways:

Published in the journal Arthritis & Rheumatism, researchers from the U.K.’s University of East Anglia found that broccoli’s anti-cancer compound sulforaphane halted a key inflammatory enzyme, therefore reducing the cause of arthritis (inflammation).

The same study tested its theory on mice, feeding them a diet high in broccoli’s glucoraphanin-producing sulforaphane, observing “significantly less joint cartilage than mice who [sic] had less sulforaphane.”

So there you have it. An easily prepared vegetable, found in most U.S. grocery stores, can help fight two of America’s most common diseases, one of which claims the lives of loved ones every single day. Don’t waste any more time; share the message with your friends and family and starting loading up on some broccoli today!