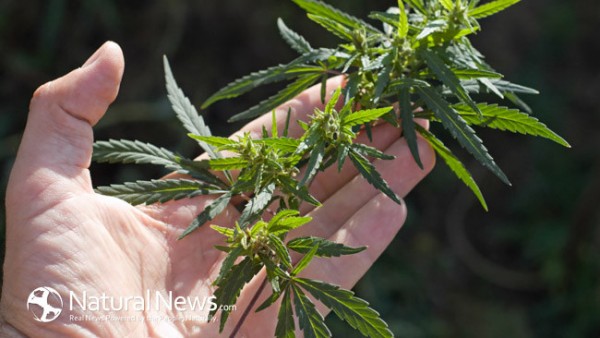 Cannabis has been demonized as a gateway drug for more than 80 years. Now, in a stunning, though quiet, feat of acknowledgment, the U.S. National Cancer Institute (NCI) has admitted that cannabis kills cancer cells without harming normal cells.

The alternative media has been reporting on the medicinal benefits of marijuana for years. Multiple independent studies have found that marijuana can kick a host of health problems to the curb, including everything from lyme disease to tumors. See here and here.

Apparently, the overwhelmingly massive amounts of evidence in favor of the medicinal benefits of marijuana finally caused the NCI to buckle. The federal government sponsored agency recently updated the FAQs on its website to incorporate studies that demonstrated that marijuana can and has destroyed cancer cells. Cancer kills approximately 20,000 people worldwide each day, according to global health estimates.(3)

Health researchers from the U.S. government now state that cannabinoids, a class of compounds present in cannabis, can hinder cancer by causing cell death and stymieing blood vessels necessary for tumor growth.

They claim studies on mice and rats demonstrate that cannabinoids are able to destroy cancer cells while protecting noncancerous cells. The chemical constitution of marijuana was found to be effective at combating colon cancer, liver cancer, breast cancer and various other forms of the disease.

In addition, health officials also implied that cannabinoids can foster the effectiveness of chemotherapy without adding to the side-effects. According to health researchers on the U.S. government’s Cancer.gov website:

“A study in mice showed that cannabinoids may protect against inflammation of the colon and may have potential in reducing the risk of colon cancer, and possibly in its treatment.”

CBDs have been increasing in popularity recently. As the use of this compound becomes more widespread, the demand for product verification will also grow. The Health Ranger’s very own CWC Labs, an independent, ISO-verified lab, boasts some of the most accurate testing for hemp CBD content verification. There are tons of hemp-based CBD products on the market, but not all of them are created equal. Wouldn’t it be nice to know what’s in them?

An unprecedented acknowledgement about the medicinal benefits of marijuana

The health officials go on to note that cannabinoid receptors have anti-inflammatory effects, which may play a role in alleviating pain. In addition, several animal studies have found that cannabinoids may prevent nerve problems like tingling, swelling and muscle weakness, caused by different types of chemotherapy.(3)

These studies are regarded by the NCI as preclinical, and were all conducted using animals. According to health officials, no clinical trials of marijuana use to help treat cancer have been published.(3)

The big news isn’t the result of these studies, however. As noted earlier, the alternative media has covered the medicinal benefits of marijuana over and over. What is news, is that after decades of the federal government chastising marijuana, the cancer-fighting power of cannabis can no long be ignored.