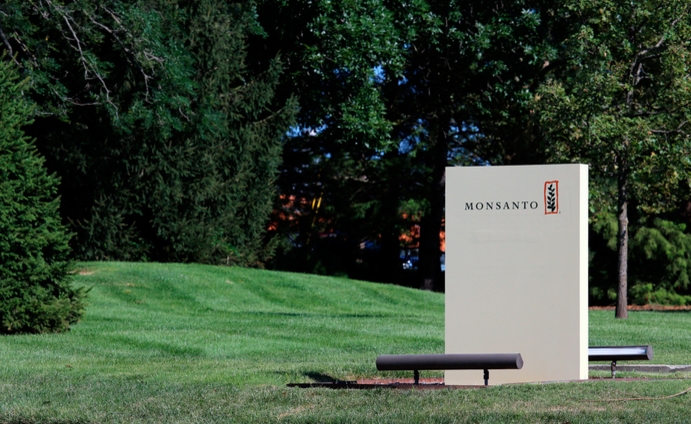 One of the world’s most hated companies, Monsanto, is like a bull in a china shop, angrily destroying everything in its path, including people and the resources we need so desperately to survive. Monsanto’s Roundup, for which the primary ingredient is glyphosate, is one of the most widely used herbicides. Over the last two decades, 2.6 billion pounds of glyphosate was sprayed on U.S. crops.

However, last year was a major milestone for public health when the World Health Organization boldly announced that glyphosate was “probably” carcinogenic. Since then, government regulatory agencies all over the world have taken steps to limit and/or properly label the ingredient’s toxic effects on people.

Under Calif. law, the state is required to maintain a list of cancer-causing chemicals to serve as a safety guideline for residents. Proposition 65 – the Safe Drinking Water and Toxic Enforcement Act – requires listed chemicals not be dumped into sources of drinking water. Proper warnings must also be labeled on products containing cancer-causing chemicals.(1)

Following the WHO’s declaration, the Golden State naturally moved to add Monsanto’s glyphosate to its list of cancer-causing toxins.

But Monsanto is having none of it.

The seed giant filed a lawsuit against the state’s Office of Environmental Health Hazard Assessment (OEHHA) and the agency’s acting director Lauren Zeise on Thursday, seeking to prevent Calif. from listing Roundup’s main ingredient as a carcinogen.

Refusing to back down from their product, Monsanto insists glyphosate is safe, pointing to decades of studies. However, the biotech giant’s s0-called “studies” are no longer credible after it was exposed for faking safety tests glyphosate nearly four decades ago.

The revelations emerged after two independent scientists gained access to Monsanto’s secret toxicology studies on glyphosate, after which they discovered the company purposely withheld evidence of tumors caused by the chemical.

They concealed the health impacts of glyphosate by diluting their data with irrelevant information from unrelated studies.

“Monsanto included irrelevant historical control data from other experiments ‘to create doubt and obscure the statistical significance of inconvenient findings, which may have prevented product registration,’” reports GMO.news.(2)

The independent scientists concluded that had Monsanto not faked their safety trials, glyphosate may never have been approved for use in the first place.

Despite evidence of fraud and the WHO’s conclusion, Monsanto’s Vice President Phil Miller insists that glyphosate is safe and that there is “not a sound basis for any regulatory action.”

According to Reuters, Monsanto’s lawsuit alleges that listing glyphosate under Prop 65 “cedes regulatory authority to an ‘unelected, undemocratic, unaccountable, and foreign body’ that is not subject to oversight by any state or federal entity.”(3)

Monsanto says the Prop 65 mandate to provide consumers with a “clear and reasonable warning” about cancer-causing chemicals is a violation of its First Amendment rights and subsequently damages its reputation.

Monsanto’s “reputation” however, has been damaged for quite some time. It earned the ominous title of being the world’s “most evil corporation” in 2013 and since then has remained high on the list. Last year, it was voted the fourth most hated corporation, beat by Goldman Sachs, AIG and Dish Network.(4,5)

International Tribunal to hold Monsanto accountable for its crimes against humanity

Using a set of guidelines implemented by the UN to protect individuals from human rights abuses committed by states and corporations, a group of individuals will hold an international tribunal that “is set to hold the world’s most evil corporation, Monsanto, accountable for its crimes against nature and humanity,” Natural News reported.(6)

Scheduled for Oct. 12–16 in the Hague, Netherlands, the Monsanto Tribunal will evaluate the health and environmental damage caused by a list of products made by the seed giant.(7)

Roundup is included on the list, along with PCBs, Lasso (a weed killer now banned in Europe) and 2,4,5,T, “a dioxin-containing component of the defoliant, Agent Orange, which was used by the US Army during the Vietnam War and continues to cause birth defects and cancer.”

Click here to learn more about the Monsanto Tribunal.