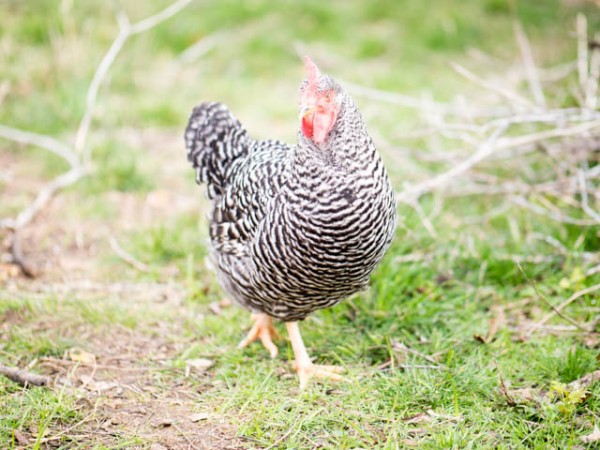 Under legislation that’s expected to be proposed this week, Big Chicken could soon be held accountable for the massive amount of animal waste generated by factory farming in Maryland. It’s predicted that in less than 10 years, chicken will become the world’s most consumed meat. As a result, more and more factory farms, raising around 100,000 egg-laying chickens each, are sprouting up along the Eastern Shore, polluting the land and water, and killing wildlife.

Maryland’s Eastern Shore is one of the most concentrated regions for industrial poultry farming, producing an unmanageable amount of chicken manure that is applied to the land by farmers. But the amount is so vast that the land is unable to absorb it all, resulting in high levels of nitrogen and phosphorous-containing waste that runs off into waterways.

More than “200,000 tons of excess manure seeps into nearby waterways every year, and from there it washes into the nearby Chesapeake Bay,” writes Kristine Wong, a journalist specializing in energy, the environment and sustainable business. “These high levels of nitrogen and phosphorus runoff can stimulate algae blooms, starving the water of oxygen, and killing fish and shellfish.”(1)

The waste contaminates both surface water and groundwater, which means drinking water too. Nitrogen can morph into nitrate in drinking water, causing health effects in humans when exposed. Drinking water containing high levels of nitrate may cause “blue baby syndrome,” a potentially fatal condition.(2)

Factory farmers produce around 300 million birds per year in Maryland, under contracts with corporations like Perdue, Tyson and Mountaire.

“These companies retain ownership of the chickens and expect farmers to take on debt for upgrades to chicken houses and equipment. As a result they are left with few resources to help get rid of the manure responsibly,” reports Wong. “Taxpayers have often helped foot the bill, through state programs such as one that can help pay for transporting it.”

But mostly, Big Chicken has been absolved of accountability.

However, that could all change due to pressure placed on legislators by environmental groups. Next week, Senator Richard Madeleno (D-MD) is expected to introduce legislation that would require giant poultry distributors to help get rid of chicken manure in an environmentally friendly way.

The Poultry Litter Management Act would follow legislation that was passed in June of last year banning the disposal of phosphorous on soil that’s at an increased risk for runoff. If passed, it would be the first legislation of its kind in the nation.(3)

“Making chicken companies responsible for their waste is a top priority for environmental groups this year,” said Executive Director of Maryland League of Conservation Voters Karla Raettig. “Family farmers who grow chickens for these companies don’t have the money to cart the excess manure away. Neither do Maryland taxpayers.”

Earlier this month, The Washington Post reported that large-scale farming is the single biggest polluter of the Chesapeake Bay and its rivers and streams. Factory farms are not only a great source of pollution, but are inhumane in the way they treat their animals.(4)

Animals that are unfortunate enough to be raised in a factory farm suffer from overcrowding and are deprived of all things they’d have in their natural environments: fresh air, sunlight, grass and freedom of movement. Factory farms are also breeding grounds for antibiotic resistant superbugs due the constant stream of antibiotics they’re given, even when they aren’t sick.

Though environmentalists have warned about the rising threat of superbugs for decades, the world is just now beginning to take notice. Today, more than 2 million Americans are affected by antibiotic–resistant bacteria, with 23,000 of those cases being fatal.(5)

It’s time that corporations start taking responsibility for the environmental destruction they cause. They need to be regulated and they need to be held accountable; however, it’s up to our politcians to make that happen.