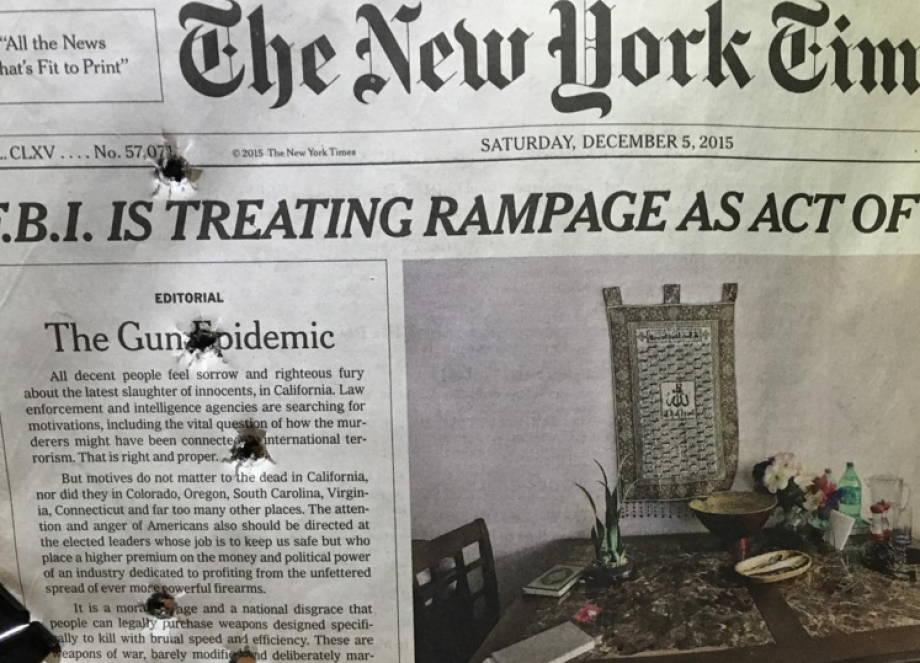 (Freedom.news) New York, one of bluest states on the map and one of the most authoritarian when it comes to its citizens and firearms, is moving to further restrict the Second Amendment, but pro-gun groups and at least one state senator are attempting to block the move.

As reported by the Washington Free Beacon, new legislation that has been introduced by state Sen. Jeffery Klein and Assemblyman Thomas Abinanti – both Democrats – would prohibit “persons named on the consolidated terror watch list from obtaining or renewing a license to carry, possess, repair and dispose of firearms,” according to a joint statement by state Sen. Robert Ortt (R.) and the Second Amendment group Shooters Committee on Political Education [SCOPE].

“Any legislation or proposal attempting to tie the federal no-fly list to state firearm licenses will be impractical, ineffective, and most importantly, unconstitutional,” the statement said.

A combat vet, Ortt said he is committed to preventing terrorists from obtaining firearms and keeping Americans safe. But he noted that the federal terrorism watch list is notoriously inaccurate and kept in secret. Persons on the list can challenge the designation, but it is a lengthy and expensive process. Also, critics of the list say it violates the Constitution’s due process requirements.

He said “notable suspected terrorists” like singer Cat Stevens, the late U.S. Sen. Ted Kennedy and a former Bolivian president have all had their names appear on the list.

“Citizens have no notice and limited recourse if they are improperly placed on the list,” Ortt said.

SCOPE officials noted that the terror watch list and its related derivatives do not meet the constitutional standard or other reasonable legal standards for the “deprivation of an individual’s rights.” The organization also said it was clear that being placed on such lists violates the Fifth Amendment’s requirement “of due process before depriving one of ‘life, liberty or property.’”

“When a citizen’s fundamental constitutionally-guaranteed right to keep and bear arms can be infringed on mere suspicion, and inclusion on a secret government list, then none of our civil liberties are safe,” SCOPE president Stephen J. Aldstadt said, as the WFB reported.

“We’ve got to take reasonable steps, take guns out of the hands of those people who will hurt us. This is homeland security,” Abinanti told the WFB. “We have to stat to target the people who want to target us.”

He didn’t say how it was possible that the San Bernardino jihadis were able to obtain weapons or why they weren’t on the government’s suspected terrorist list.

That’s the issue: What the political Left always sees as “reasonable” – very often isn’t. The facts noted by Ortt and SCOPE – that such lists are unreliable and violate basic constitutional rights and protections – bounces off of them like blame. And let’s fact it – liberals have never find any gun control measures to be “unreasonable.” Taking away Second Amendment rights is just part of their DNA

New York is ruled by a single party – the Democrat Party – so the measures are likely to pass. Remember, this is the state that limits the number of bullets citizens can place in gun magazines to seven – though no one ever really explained how the Legislature arrived at that number.

About the only thing opponents of such pointless, ineffective and liberty-stealing laws can do is vote with their feet and move to a state were freedom is not an option or suggestion.