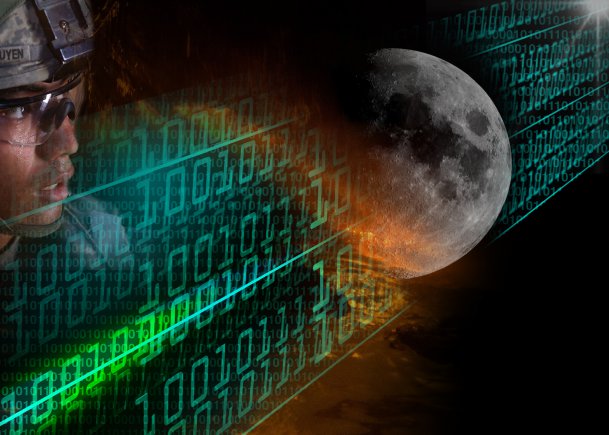 (Cyberwar.news) The military services’ electronic warfare division chiefs have briefed congressional staffers about emerging global threats from countries that have developed advanced capabilities in the electronic battlespace, as well as what each service is doing to exert and maintain control of the entire electromagnetic spectrum [EMS].

The Pentagon noted in a news release that the brief, organized by staff of Sen. Mark Kirk, R-Ill., at his direction, was part of an overall effort to bring together congressional staff from both the House and the Senate to discuss the emerging EW threat. A previously formed bipartisan EW Working Group, set up in 2000 by Congress, only include House members.

The focus of the brief was to inform congressional staff of the services’ rising concerns over EW threats and the need to implement a tougher training regimen in order to meet future challenges.

“We have invested billions of dollars into our technology,” said Col. Jeffrey Church, Army EW division chief. “Our adversaries have invested time and money to defeat those technologies.”

In fact, the Pentagon noted, EW heads from all the service branches were clear in stating that potential U.S. adversaries were advancing their electronic warfare programs and capabilities, and that the U.S. military should prioritize maintaining an advantage in the EW battlespace.

Church noted repeatedly that the key to maintaining superiority across the spectrum was to train EW troops in a contested environment, especially since other countries, including Russia, were doing so.

“Russians train, maintain and fight in a contested EMS,” said Church. “They demonstrate that to us in places like Ukraine where they integrate EW into their operations before, during and after their mission.”

The DoD noted further that the Army is current planning an EW exercise that will take place in the summer at the National Training Center, Fort Irwin, Calif.

“We want to put on a demonstration at the NTC,” said Church. “The intent is to bring a lot of these EW capabilities to the NTC and provide them to the opposing force, and then let the unit that is in that rotation experience what it would be like to fight in a contested EMS.”

But training is only part of the equation, Church noted to staffers. Though the Navy, Air Force and Marines all possess EW capabilities, the Army is only now re-entering the EW spectrum after ditching its capability following the end of the Cold War. So besides training, today’s EW warfighter will also need material solutions, a top priority for Church.

“I can show you Army EW Soldiers’ equipment wall lockers right now and they are empty,” he said. “We do a lot of requesting and rely on our other services to provide electronic support. We have relied on the Air Force, Navy and Marines.”

The Army EW chief added that today’s battlefield has changed from previous conflicts, especially in the cyber-realm.

“Most of our Army commanders grew up like I did; we stand on one hill and watch things blow up on the other hill and if things blew up you knew that you won,” said Church. “The EMS is different, commanders cannot see things blowing up in the EMS so they question if it is really there. An EW demonstration at the NTC will show them that EW is really there and that the EMS is a maneuver space where they must be prepared to fight and win.”