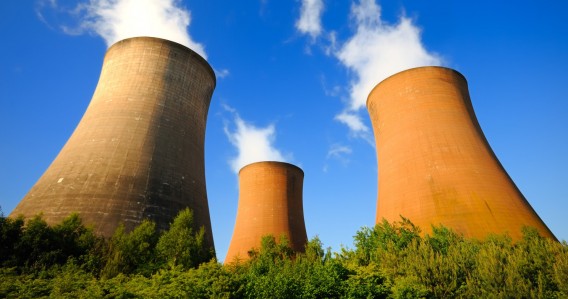 The 2011 Fukushima Daiichi disaster demonstrated that the risks attached to nuclear energy outweigh the benefits. Nevertheless, this hasn’t stopped the nuclear industry from prevailing. The U.S. Government is providing the Department of Energy $80 million to fund two advanced reactor programs, which they hope will spur new nuclear power technologies.

The recent funding is fueled by the November launch of a DOE-led program to improve nuclear reactors and provide licensing with the Nuclear Regulatory Commission. A myriad of possible advanced reactors designs are in progress. These include reactors powered by molten salt, the radioactive element thorium and new fuel designs like pebble bed reactors.

Nuclear energy in the 21st century

These funds are welcomed by the nuclear industry, which has faced hurdles in obtaining money and regulatory approval. The bulk of money raised so far has been given to two companies, Tri Alpha Energy, which is developing fusion reactors, and TerraPower.

X-energy began in 2009 under Kam Ghaffarian, who previously established Stinger Ghaffarian Technologies, a major contractor for NASA. Located in Greenbelt, Maryland, the company is developing high-temperature reactors that are cooled by gas instead of water. In addition, the reactors are powered by small particles inside graphite spheres, dubbed pebbles, instead of solid fuel rods.

According to Pete Pappano, the vice president of the company’s fuel production, the reactors are immune to meltdowns. They are entombed by sheets of carbon, ceramics and tiny fuel particles, which maintain temperatures of 1,800 °C. This temperature is much higher than temperatures that could be reached inside the core in wake of a nuclear accident, according to tests conducted at the Ridge and Idaho national laboratories.

Pappano states the company will use the money to demonstrate the safety features of the reactor, create the simulations, fulfill requirements for NRC licensing and obtain more funding from the private sector. With these goals in mind, the company hopes to have a fully-functional reactor operating by the late 2020s. In other words, the nuclear industry plans to have a long and prosperous future in the 21st century.

A new generation of nuclear reactors

Southern Company, the other company to receive funding from the DOE, takes the title as one of American’s largest utilities. Nearly half of their electricity is provided by natural gas. They also own several coal plants that pepper the Southeast. The Vogtle Generating Station in Georgia is already developing a new generation of nuclear reactors to be licensed in the U.S. in the coming decades.

Southern is just one of a handful of companies currently working on the next generation of nuclear reactors. The company is joining forces with TerraPower and Oak Ridge National Laboratory to develop reactors that rely on molten chloride as both a coolant and a fuel source, instead of solid fuels rods, which are sensitive and prone to explosions.

Southern expects to debut a prototype of the molten chloride reactor in about ten years. Given the recent funding for companies like Terrestrial Energy and Transatomic Power, the DOE support could usher a new age of nuclear energy.

Despite claims to the contrary, no nuclear reactor is immune to disaster. Europeans studies suggest a major nuclear reactor accident occurs every ten to twenty years. Although a golden age of nuclear energy may be upon us, that does not mean it will be an age of riches.