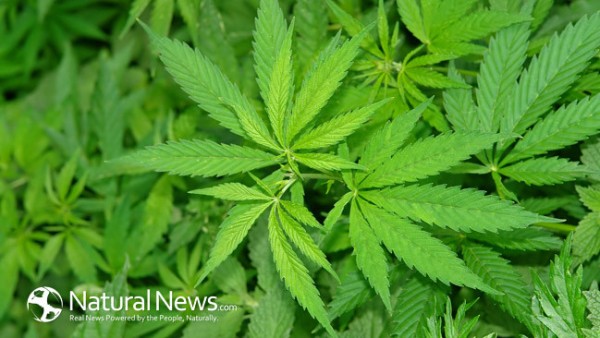 World Cancer Day is rapidly approaching as more and more scientists seek natural alternatives that can fight cancer, without damaging healthy cells. One alternative that has received considerable attention in the last year is medicinal cannabis.

It’s been known for years that marijuana can help ease the symptoms of the disease, but there is a growing body of scientific evidence that suggests cannabis has potent anti-cancer benefits. In fact, last year, the National Cancer Institute (NCI) stated for the first time that, “Cannabis has been shown to kill cancer cells in the laboratory.”

Putting the ‘can’ in cannabis and cancer

“What we have shown is that cannabinoids can restore normal functioning of these pathways. This means that cancer cells are now able to die,” Liu said.

“Our latest findings have shown that cannabinoids can combine effectively with irradiation to treat brain cancer. We showed that using these two together significantly reduced the sizes of brain cancer seen in mice,” he added.

“This data is very new and so exciting that clinical trials have started in patients with brain cancer.”

Liu also headed a study in 2013, which found six cannabiniods that help fight against leukemia cells. He explains why cannabis seems to be effective at preventing cancer cells from flourishing.

“These agents are able to interfere with the development of cancerous cells, stopping them in their tracks and preventing them from growing. In some cases, by using specific dosage patterns, they can destroy cancer cells on their own,” he wrote in a press release.

This wouldn’t be the first time medicinal cannabis helped fight brain cancer. In 2014, the father of an eight month old boy diagnosed with a brain tumor sought an alternative treatment to chemotherapy with cannabis oil.

The baby’s physician, Dr. William Courtney, was skeptical about the medicinal benefits of cannabis. However, he was so impressed by the results of the boy, that he is now a major proponent of its use.

“They were putting cannabinoid oil on the baby’s pacifier twice a day, increasing the dose… And within two months there was a dramatic reduction, enough that the pediatric oncologist allowed them to go ahead with not pursuing traditional therapy,” Dr. Courtney claimed in an interview with The Huffington Post.

Despite the clear benefits of medicinal cannabis, conventional and alternative cancer treatments have many hurdles to overcome.

“The problem is that almost invariably scientific advances must also be highly profitable to clear the hurdles of the FDA,” according to the US Food and Drug Administration.

“This severely limits the number of drugs that can come to market, since unpatentable, out-of-patent, natural or generic medications are automatically ruled out by the demands of the marketplace. This issue, by the way, is almost entirely lacking from discussions of the pace of improvement in cancer treatment.”