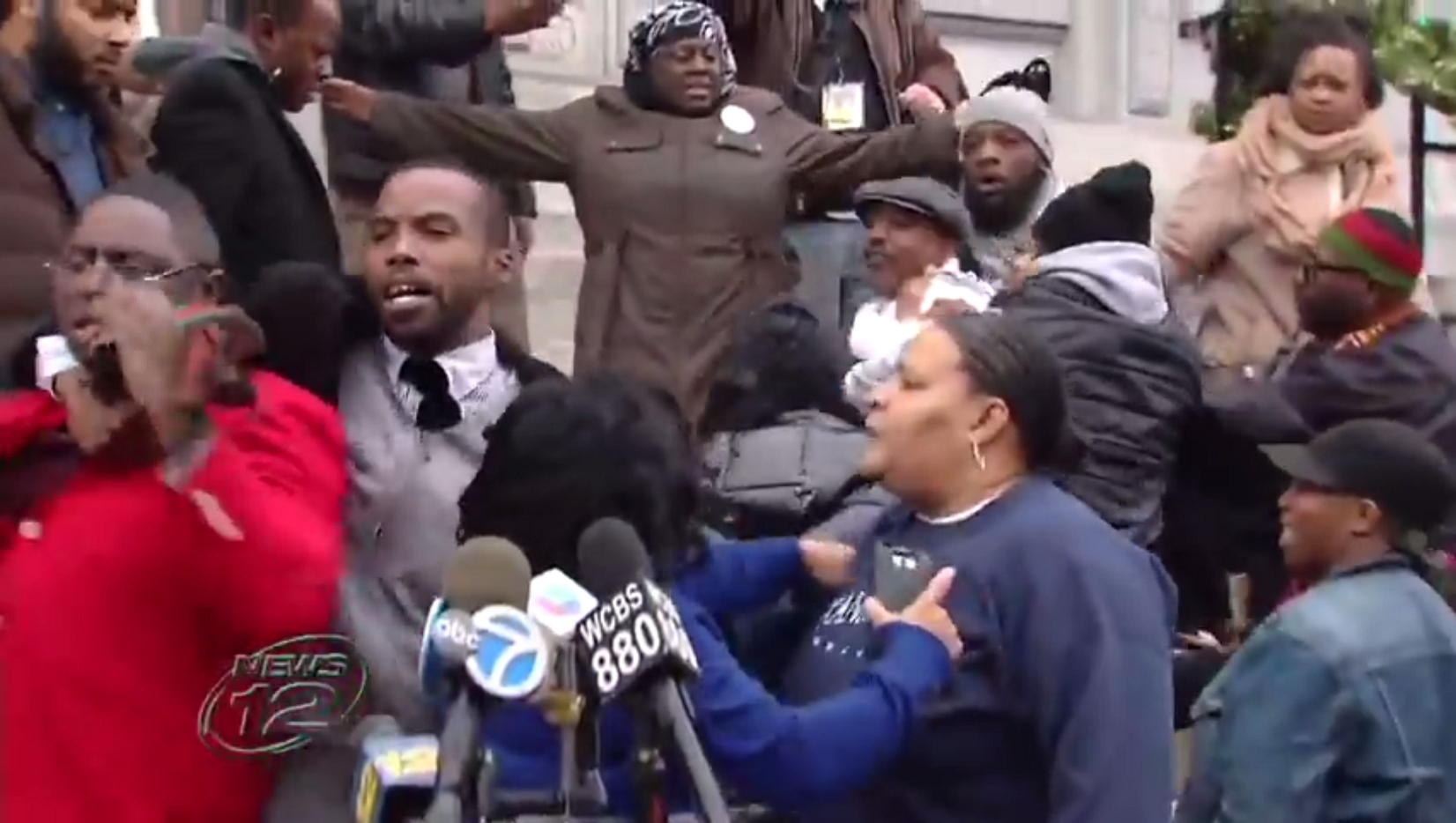 Fighting fire with fire has never been an effective means of implementing real, positive change. But this is what community organizers did at a recent “peace rally” in Newark, New Jersey, where protesters who were there to speak out against spiking levels of violence in the troubled city, ironically began physically attacking others attending the event for the same purpose.

The fight broke out after one group trying to promote the “black lives matter” agenda, started heckling another group led by Salaam Ismail, co-chair of the New Jersey Study Commission on Violence, and Abdul Muhammad, an anti-violence activist in Newark. Everyone was present for the same general reason, but supporters of Newark Mayor Ras Baraka decided to go after the two other unified groups that were calling on Mayor Baraka to release his “quality of life plan” for dealing with the escalating violence problem in Newark.

According to NJ.com, two local activists by the names of Donna Jackson and Tyrone “Street Counselor” Barnes, began shouting at Ismail and Muhammad, which quickly unraveled into a violent street skirmish between the two groups. Nobody was seriously injured, claim reports, but the entire charade completely contradicted the purpose of the event, which was to address community violence, not further it.

“For all intents and purposes, this hurt the possibility that Newark can have in addressing this problem once and for all,” stated Ismail to reporters following the altercation, noting that his group wasn’t there to protest Mayor Baraka, but rather to urge him to release his anti-violence plan as soon as possible. “Until there’s some sense of a unified front among the leaders, there’s never going to be an impact on the people at large.”

Initiating violence in protest of violence makes no logical sense

The issue at hand is Newark’s skyrocketing crime rates, which contributed to some 104 cases of homicide in 2015 alone, according to NJ.com. Newark has become a cesspool of violent crime over the past several decades, and many locals are pushing city leaders to take action, in this instance by rallying in solidarity for the issue to be addressed as a top priority – except for the fact that solidarity doesn’t seem to exist in Newark.

Mayor Baraka, who wasn’t directly involved with the rally, issued a statement saying that the scuffle is being investigated by local police. He says the rally was held without a city permit, and chastised Ismail for even holding it in Newark, since he lives in nearby Elizabeth.

“While we appreciate their concern for the citizens of Newark, it would have been more appropriate for Mr. Salaam Ismail, the coordinator of this event, to bring to light the issue of violence in their town, by doing so in their town,” Mayor Baraka wrote in his statement.

“It was also disheartening to learn that a former Newark municipal employee, Mr. Abdul Muhammad, was the instigator in a confrontation with another well-known Newark community activist and was allegedly pivotal in the ensuing melee,” he added.

Newark city officials say they are currently in the process of implementing a new “public safety” department to deal with the violence problems in Newark. This new department will oversee and coordinate police, fire and emergency services in Newark, and will be headed by Essex County Prosecutor’s Office Chief of Detectives, Anthony Ambrose.

Local minister Thomas Ellis, who heads Newark’s “Enough is Enough Coalition,” and had joined Ismail and Muhammad at a recent press conference, expressed disappointment at what he says was a stand against violence that “devolved into a political feud.”

“Today we stood on the steps of City Hall to show that black lives matter in Newark, and it turned out ugly,” he stated.