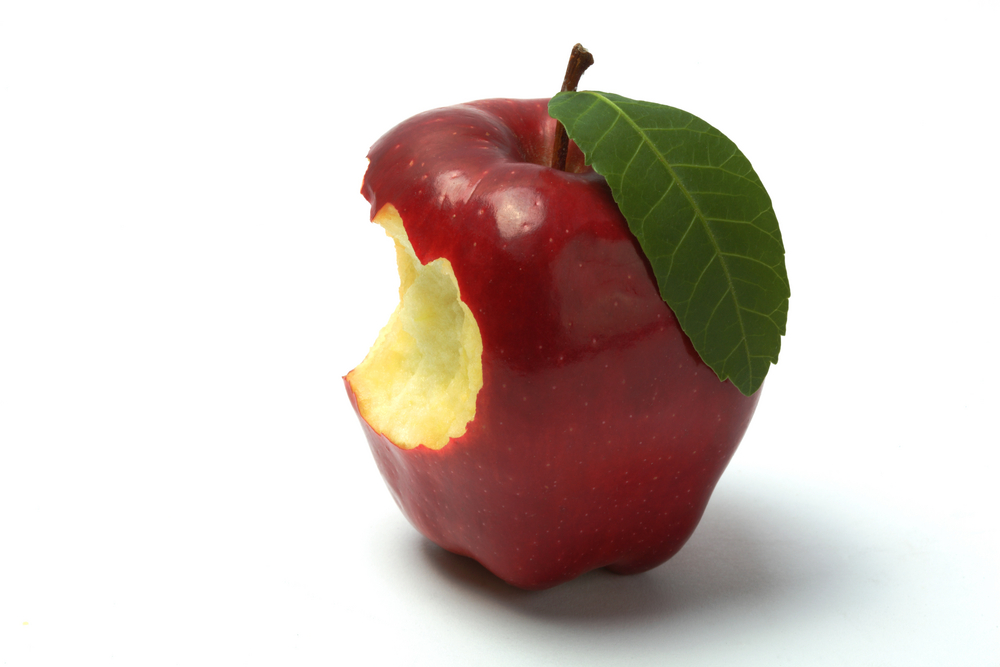 An apple a day keeps statins away. That is, at least according to what a pair of health experts claim in the BMC Medicine Journal. In particular, the duo press that eating apples is just as effective at preventing heart attacks and strokes as popping statins — minus the nasty side effects of the latter.

Dr. Aseem Malhotra and Professor Simon Capewell note in the journal that statins do more harm than good. To drive their point home, the medics suggest people would be better advised to eat an apple everyday than to rely on statins.

They argue that the bulk of studies showing the “benefits” of statins are funded by major drug companies, which tune the results of the research beforehand. In addition, the researchers claim these studies do not reflect real world statistics, which demonstrate approximately 62 percent of patients quit taking statins in a year because of muscle pain and fatigue.

Statins have gained much support in the medical community because they can mitigate the accumulation of fatty plaque responsible for blockages in blood vessels. However, critics point out that statins may cause debilitating side effects, and have had little to no positive impact on the health of most people. In fact, in 2013, an article in the Digital Journal found that bergamot – an active ingredient in Earl Grey tea – helped drastically lower cholesterol and may be just as effective as statins.

Another point the researchers make is that statins merely mitigate cholesterol but do not treat the underlying problem. As opposed to relying on statins to keep cholesterol in check, the researchers advocate patients eat healthier meals and exercise regularly to better the condition of their hearts.

In an interview with The Daily Telegraph, Dr. Malhotra states: “For those at low risk, eating an apple a day has an equivalent risk reduction for myocardial infarction as taking a statin.” He continued, “More than 80 percent of cardiovascular disease is attributable to environmental factors,” such as diet, tobacco, smoking, excessive alcohol and poor exercise habits.

Dr. Malhotra went on to underline the importance of diet and exercise: “The focus in primary prevention should the form be on foods and food groups that have a proven benefit in reducing hard endpoints and mortality.”

Britain is already dubbed the “statins capital” of Europe, in addition to having the second highest prescribing levels in the Western world. Furthermore, research has shown that statins are also the most commonly prescribed medication in the country.

In the U.K, it is common practice to provide men over the age of 60 and women over the age of 65 with statins. This costs the NHS roughly £450 million ($600 million) per year. Approximately 40 percent of adults will be encouraged to take statins under new NHS guidelines.

Health experts claim that around 20,000 to 50,000 deaths could be prevented each year if everyone recommended statins took the medication. However, Professor Capwell believes this is akin to dooming middle-aged adults to a lifetime of medication.

“Pfizer’s own patient information leaflet of atorvastatin states that the common side effects of the drug include pain in the throat, nauseam indigestion, join and muscle pain and increases in blood sugar levels,” he said.

“Fortunately the majority of these symptoms may be reversible on cessation of the drug. However the small increased (0.5 – 1.1 per cent) risk of type 2 diabetes now directly attributed to statins should not be dismissed lightly,” he added.

Moreover, according to consultant Dimitri Mikhailidis of University College London Medical School, more trials that demonstrate the effectiveness of statins still need to be conducted.

“Despite the continuing discussion of the effect of statins on all-cause mortality in these groups of patients, their role in primary prevention individuals, especially in high-risk ones are unquestionable,” he concluded.