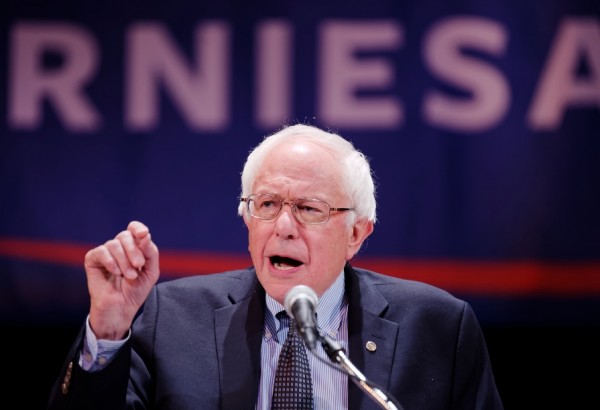 Voters who support Sen. Bernie Sanders (I-VT) are just fine with shelling out more money in taxes for a health care plan, that’s repeatedly been called unrealistic and a near impossibility. The brunt of the financial burden will fall on the middle class, or those making around $41,000 per year.

The middle class is most definitely going to pay more so that we all can have “free” healthcare, Sanders said to voter Chris Brownell, during Wednesday night’s CNN Democratic town hall, adding that he and others in his bracket could pay up to $500 more in taxes per year. Offering assurance, Sanders said don’t worry because it’s going to save you thousands in the long run.

Sanders, a self-proclaimed socialist who insists he can create a government that caters to all of us rather than “a handful of people on top,” told Brownell that he and other people “in the middle of the economy” are “going to pay a little bit more in taxes” in order to fund his “Medicare-for-all, single-payer program,” reports Breitbart.

Yes, you will pay more in taxes

“Senator Sanders, the first thing I hear about you is that you’re going to raise taxes on the middle class. I support my family on a salary of $41,000 a year. I’m wondering if you raise my taxes, how does that help me?” asked Brownell.

“This is what we are going to do, the United States is the only major country on earth that doesn’t guarantee healthcare to all people, and we end up spending far, far more per capita on healthcare, as do the people of any other country, Canada, UK, France, whatever,” Sanders replied.

“What we are going to fight for, is a Medicare-for-all, single-payer program, which would provide comprehensive healthcare to your family, and every family in America.”

You will help pay for ‘every family in America’

“So, let me tell you what we do, we raise your taxes if you’re somewhere in the middle of the economy, about 500 bucks, but you know what we’re going to do? For healthcare, we’re going to reduce your healthcare costs by $5,000,” he said.

“So, you’re going to pay a little bit more in taxes, but you’re no longer going to have to pay private health insurance premiums. Now, I’ve been criticized for this, but I believe that healthcare is a right of all people, that we should not have these deductibles and co-payments.

“We should not be paying the highest prices in the world for prescription drugs, and our Medicare-for-all program will guarantee comprehensive care to all people, and save middle class families some thousands of dollars a year.”

A closer look at the “single-payer” plan

Sanders’ “single-payer” plan, which would replace the Affordable Care Act, aims to model universal health care coverage in Europe; however, as Raw Story explains, countries such as Switzerland, France and Germany actually have “hybrid public/private models,” which fare much better when compared to Canada’s single-payer system.

The biggest problem with Sanders’ plan is that implementing it is a near impossibility. “To implement a single payer health care system from scratch in 2017 would mean not only nationalizing the insurance industry, but severely cutting payments to doctors, hospitals and other areas of the health care industry if it were to bring any cost savings,” reports Raw Story.

“A lot of people working for politically powerful lobbies would be thrown out of work or bankrupted, and many others would be looking at whopping pay cuts; that would never be politically viable even if it was desirable as policy.

“To put it another way, single payer in the contemporary US faces intertwined political and policy problems that are insurmountable. The effects of the lack of cost controls in the American system for decades can’t be undone overnight.”