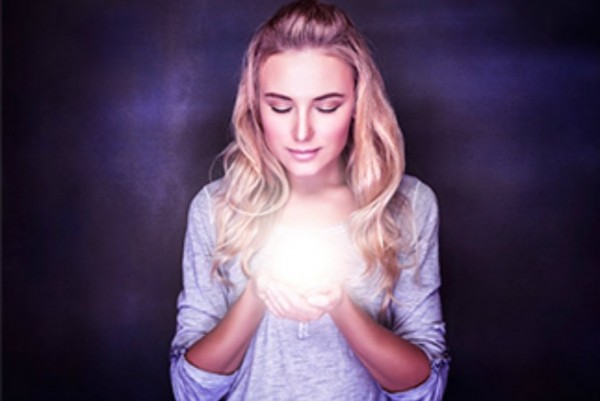 Philosophy is commonly seen as a discipline reserved for academics debating about questions that have little, if any, practical importance. In actuality, philosophy infests every corner of our thinking, including unsuspecting places, like what we choose to ingest.

Michael Tierra puts philosophy to practice in his book The Way of Chinese Herbs, which unveils the philosophy behind Chinese medicine. The following is an excerpt from the book, which highlights some of the fundamental principles behind Chinese healing.

THE WAY OF CHINESE HERBS

Historically, the greatest strides in medicine have tended to occur during periods of strife and war. The codification of the knowledge and wisdom of traditional Chinese medicine (TCM) evolved from the socialist and naturalist philosophies of Confucianism and Taoism as a tempering reaction to a prolonged period of feudal strife called the Warring States (481-221 B.C.).

There are several philosophies that are central to the practice of TCM. The philosophy of yin-yang dates back to somewhere between 1000 and 700 b.c. and represents opposite but complementary forces that exist throughout the universe. The Five Elements of wood, fire, earth, metal, and water embrace all aspects of being and transformation in nature, as embodied by the cycles of day into night and the passing of seasons. To this day, regardless of the centuries of overlays of various religious, social, and political influences, including Communist and socialist philosophies in recent times, Confucian and Taoist philosophies imbue the Chinese outlook with a relativistic attitude based on the ancient perspectives of yin-yang and Five Elements that are at the heart of TCM. Since both of these philosophical systems had a profound effect on the theoretical evolution of Chinese medicine, it is worth understanding the basic tenets of each. Confucianism, based on the teachings of Confucius (551-479 b.c), holds that a well-ordered society is the result of everyone’s assuming and properly executing their respective social duties and obligations. This belief extended through all strata of society, from the emperor down to the lowliest subject. Similarly, the TCM understanding of physiology assigns a complex pattern of interde-pendencies between the 12 primary organ systems of the body, based on the Five Element theory, to achieve order or health. The Five Elements offer a better depiction of an orderly functional relationship between the various aspects of each of the five elements in nature. When in harmony with each other, they reflect health; when in disharmony, they are the cause of disease. Taoism, represented by the teachings of Lao-tzu and the Tao-te Ching, is more interested in our spontaneous relationship with inner and outer nature, while Confucian philosophy focused more on the orderly relationship with natural cycles and society. The yin-yang theory is better able to include spontaneous irregularities of experiences and so it is more reflective of early Taoist thought. TCM looks for the balance in the separate natures, and that balance reflects health.

A PHILOSOPHY OF BEING

Chinese medicine is founded on the principle of qi as the absolute energy of all phenomena. The characteristics of qi are ephemerality, activity, constant change, and warmth. It forms the basis for all organic life, meaning people, animals, and plants, as well as for all inorganic substances, such as minerals. In life, qi is expressed both specifically and generally. Generally, one who is youthful and energetic exudes abundant qi, but qi wanes with age, exposing one to accompanying infirmities, weaknesses, and degenerative symptoms. It is in this area of health maintenance and longevity that Chinese herbalism, with its highly evolved concept of tonics, can prove a very positive asset. Specifically, qi is expressed in the strength of the individual organs, including respiration, nerve force, reproductive power, and digestion. The qi of plants is perceived in their growth, odor, flavor, texture, and color. Minerals have a slower qi that undergoes transformation and change almost imperceptibly over great periods of time.

From the Chinese perspective, the fundamental principle of health and healing is dependent on qi flow and removing its blockage. This is accomplished with all of the Chinese healing modalities, including the science of herbalism and dietetics (which use the various textures and flavors to stimulate organic processes), acupuncture, Chinese massage (tui’na) and exercise, such as qi gong and tai chi. In contrast, Western herbalism and dietetics are primarily based on micronutrients and biochemical constituents. Chinese herbalism and dietetics more obviously use both energetic responses, classifying herbs and foods “organolepti-cally,” according to their flavors, energies, textures, and colors. Today, these are considered along with the various quantifiable components, such as protein, carbohydrate, fats, vitamins, and minerals, according to individual indications. The immune system is also seen as a form of qi that it can be negatively influenced by pollution, bad diet, physical and emotional stress, and other factors. This eventually becomes the underlying cause for disease.

Unearth ancient truths about health shielded from western medicine, by purchasing a copy of The Way of Chinese Herbs here.