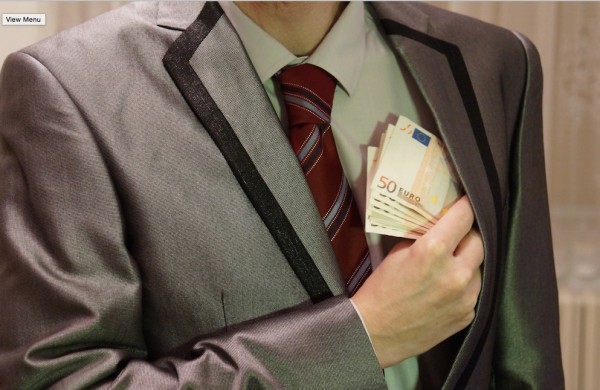 Scores of Americans have turned against the Common Core education standards because they believe they are just another push by Big Brother to exert even more federal control over education standards that have continually failed to produce better-quality students, especially in the critical areas of math and science.

But most had little idea that there was a sinister financial aspect to them as well, and once more people find out, it’s likely they, too, will turn against Common Core.

As reported by the UK’s Daily Mail, a newly released undercover video by the guerilla media crew that exposed so-called “Obamaphone” cheaters, and shut down the Left-wing advocacy group ACORN hammers Common Core standards, and exposes them as just another scheme for publishers to sell more expensive text books.

The group, Project Veritas, makes undercover videos of the West Coast sales manager, from one of the country’s largest sellers of textbooks, Houghton Mifflin Harcourt, in which she admits that she “hates” kids and sells books “for the money,” not for any perceived educational benefit.

“You seem like your in this for the kids,” one undercover project interviewer asks the sales manager, Dianne Barrow.

“I hate kids!” she answered, laughing.

When asked about her advocacy of Common Core, she replied, “I’m in it to sell books. Don’t even kid yourself for a heartbeat.”

Once the video was first publicized, Barrow’s honesty led to her dismissal from being the publisher, the Daily Mail reported. But that won’t get it, or the advocates of Common Core, off the hook.

Others interviewed for the undercover video were just as candid.

“It’s a joke,” a Brooklyn, New York teacher Jodi Cohen said on hidden camera. “It’s bulls**t and the thing is, what they do is they create some new f**king system, that f**king sucks to sell more books and then we have to learn something new with the students.”

Like Barrow, Cohen said she believes that the backing of Common Core is more about a bonanza of new book sales for publishers.

As you can imagine, the publisher, Houghton Mifflin Harcourt, was in full damage control mode. The company fired Barrow, and its CEO, Linda Zecher, told the Daily Mail that the company “is as appalled by these comments as we expect readers will be.”

“These statements in no way reflect the views of HMH and the commitment of our over 4,000 employees who dedicate their lives to serving teachers and students every day,” she said. “The individual who made these comments is a former employee who was with HMH for less than a year.”

Of the major presidential candidates, some have come out in support of Common Core – Hillary Clinton for the Democrats and Jeb Bush for Republicans.

’More on the way’

However, not all candidates are enamored with the program, and in fact, many are completely against it.

Sen. Marco Rubio, R-Fla., has said on his campaign website that “Common Core has been used by the Obama administration to turn the Department of Education into a national school board.”

“This effort to coerce states into adhering to national curriculum standards is not the best way to help our children attain the best education, and it must be stopped,” he added.

“It’s a disaster,” he continued. “It’s a way of taking care of the people in Washington that, frankly, I don’t even think they give a damn about education, half of them.”

The front man for Project Veritas, James O’Keefe, says this is about more than just a couple of dissenters. He says new undercover videos on the way provide “confirmation that Common Core is broken, rotten and corrupt – including the textbook publishers, government education officials and the politicians who should be held accountable for enabling this system in the first place.”