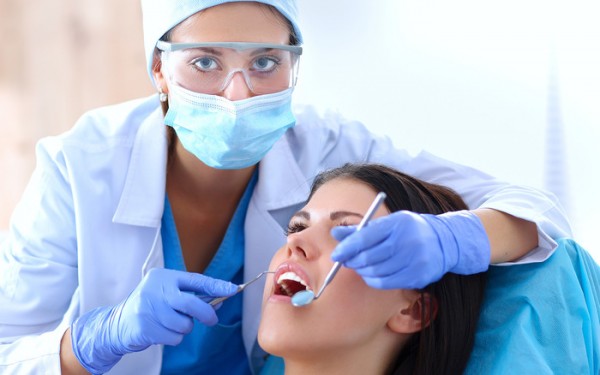 Mercury exposure in dental offices, even during routine checkups, is far more of a health hazard than one might suspect, and the risks are even higher for children. Though there’s substantial research backing the toxic effects of mercury, dental offices all over the U.S. continue to use this toxic substance in their everyday practices.

Given this information, why would dentists use mercury in any capacity to begin with? It’s scientifically proven that there is no known safe level of exposure to this highly toxic element, for adults or children.(1) Exposure to high mercury vapors can cause severe lung damage, while prolonged low vapor exposure may result in neurological impairment, kidney abnormalities, memory loss and skin rash, according to the Centers for Disease Control and Prevention.(2)

Despite these known health effects, dentists still use mercury-containing amalgams habitually. Dental amalgams consist of a mixture of metals, including liquid mercury, tin, copper, silver and zinc. About 50 percent of amalgams are made up of mercury, with its vapors easily released into the body through brushing, chewing, eating and drinking hot liquids.

There is no safe level of mercury exposure

The primary source of mercury exposure in dental offices occurs through the placement or removal of fillings, particularly when dentists fail to implement the proper safeguards as recommended by the American Dental Association, which prides itself on being “the leading source of oral health information.”

According to the Kansas City Star, Hummell has observed “manufacturers of all sorts put their employees through strict training programs in which they don special equipment to avoid even tiny exposures.”(3)

But when it comes to dental offices, Hummell said he’s “dumbfounded” by the total lack of safeguards for mercury exposure. On several occasions, he detected mercury levels that exceeded the limits set by the Occupational Safety and Health Administration by “two to three times the average workday exposure limit of 100 micrograms per cubic meter.”

Yet patients and staff wore “little or no protective” gear. “I’ve seen in dental offices what would make these other offices have to shut down,” said Hummell. “They would be closing their doors and getting respirators on.”

Is your child’s health being compromised at the dentist’s office?

But instead “there are kids running around everywhere. It’s nuts. It’s the exact same toxin, and it’s being treated totally differently. Why is it being allowed to be so unregulated?”

In order to demonstrate just how easily mercury vapors are released from amalgams, he set up a booth at a regional dental conference in Denver a few years back, showing dentists an ADA pamphlet reminding them of their responsibility to periodically check their offices for mercury vapors. But his efforts were met with ridicule and laughter.

“I got a call the day after the convention from the American Dental Association’s lawyer threatening to take me down if I didn’t stop using their publication,” Hummell said. “I said, ‘I thought the dental association wanted them to know.’”

After that, Hummell says the information completely disappeared from the Internet.

The controversy surrounding amalgams isn’t limited to the U.S.; in fact, they were banned in Europe, Norway and Sweden nearly a decade ago. Norway’s Minister of Environment Development, Erik Solheim said that dental amalgams are “the most dangerous environmental toxins.”(4)

Dentists are one of the largest users of inorganic mercury, making them largely responsible for mercury contamination in the environment. At least 50 percent of mercury found in public water treatment plants is the result of amalgam waste discharged by dental offices, according to a 2003 study cited by the Environmental Protection Agency(5)

Approximately 4.4 tons of mercury are discharged into the environment each year by dentists, highlighting the fact that both humans and nature are being adversely affected by this highly toxic element.