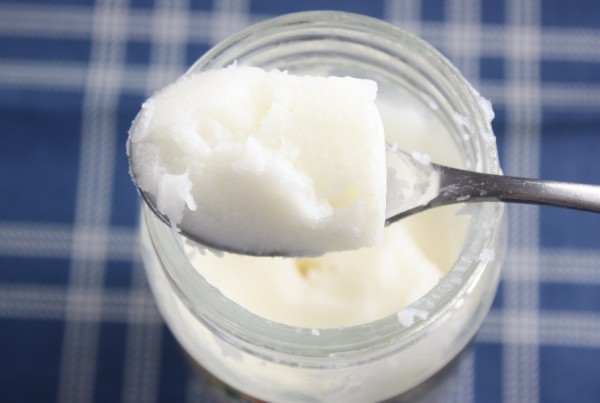 Oil pulling, or rinsing your mouth with plant-based oil in an effort to rid your mouth and body of toxins, is an ancient folk remedy that first originated in India somewhere between 3,000 and 5,000 years ago. Along with chewing sticks and eating herbs, oil pulling is a component of natural healing processes described in ancient Ayurveda texts, reports Live Science.

Several types of vegetable based oils can be used for oil pulling. But one of the most common is coconut oil, due to its neutral taste. Swishing oil around in your mouth for several minutes, or an upwards of 20 minutes (if you can handle it) helps remove harmful bacteria, fungus and other microorganisms existing in your mouth, throat, teeth and gums.

Often caused by the by-product of chemicals and gases produced by bacteria in the mouth, halitosis can be an embarrassing social condition. If you get rid of the bacteria in your mouth through oil pulling, you can reduce bad breath! In fact, a study found that in a group of 20 adolescents, oil pulling therapy significantly reduced all markers for bad breath, and was just as effective as synthetic drug-store mouthwash!

Prevents Diseases of the Gums & Mouth

Like cavities, gingivitis and bleeding gums. Gingivitis is inflammation of the gums, and occurs when the immune system starts attacking bacteria in the plaque. Seeing as how coconut oil is an anti-inflammatory, it is extremely useful in this case. Cavities are also caused by build-up of harmful bacteria, which can easily be alleviated by oil pulling.

Oil pulling helps strengthen the jaw, and so it can help alleviate TMJ and other soreness in the jaw area. At first, your jaw may be sore from the swishing, but over a course of time, your jaw will get stronger, and the pain will eventually diminish!

Ditch the chemical-laden white strips! Oil pull instead! Did you know that conventional white strips for the teeth contain bleach, fluoride, tar, aspartame, aluminum and benzene? It is a toxic nightmare just waiting to happen. Almost every account of oil pulling has proven that it can help whiten teeth instantly! After two weeks, you will notice a much brighter, whiter smile, healthier gums and a nice pink tongue.

When you eliminate toxins from the body, your skin will dramatically improve. Almost every account of oil-pulling I have found online has reported that their skin problems went away after just two weeks of pulling with oil. Conditions improved range from acne to eczema, psoriasis, and a variety of other dermatitis-related issues.

Overall, oil pulling is a great way to achieve full-body detox. Our mouth is the home to many bacteria, viruses, fungi, parasites, and the toxins they produce as a by-product. Their toxic waste solidifies in our body and can lead to a variety of different conditions. When our immune system becomes overloaded with excessive stress, poor diet and environmental toxins, then these organisms and their toxic wastes actually spread throughout the body causing disease and illness as a result of chronic inflammation. Oil pulling will help target these foreign invaders at the site of entry (the mouth), and will avoid them from further entering the body, and thus allow the body to completely detox. The benefits are astounding!

By removing toxins from their initial site (the mouth), oil pulling helps alleviate the stress on the liver and kidneys to help filter these toxins if they were to further enter the body. Give your liver and kidneys, our two major detox organs, a break, and start oil pulling today!

Oil pulling is a great way to aid in the correction of hormone imbalances, regulating menstrual cycles and reducing symptoms of PMS. By improving the functioning of our immune system via toxin removal in the mouth, we also improve the ability of our hormones to function naturally. Having a compromised immune system can throw a woman’s menstrual cycle off balance, and so oil pulling can help regulate our hormones.

A variety of documented cases online have shown that oil-pulling has helped individuals completely eliminate their asthma symptoms and helps clear up bronchitis and congestion. These are largely the result of an inflammatory response in the body, which oil pulling can help lessen or reduce completely.

For more information on how to oil pull, click here.