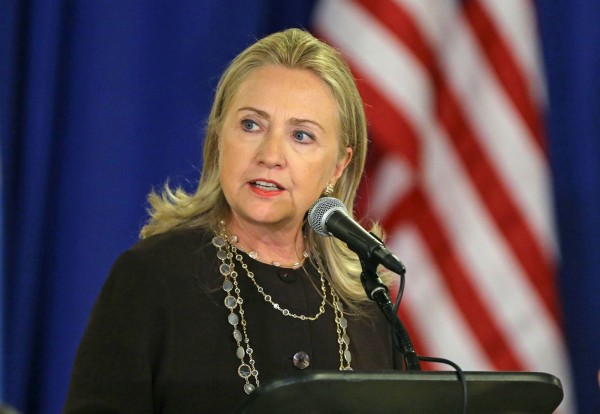 The criminal probe into Hillary Clinton’s use of a private server to allegedly send and receive classified email – which, if true, amounts to a major violation of federal laws regarding the handling of intelligence materials – has now widened to include allegations of public corruption.

As reported exclusively by Fox News, FBI investigators are looking into an “intersection” between State Department business and the work of the Clinton Foundation, which may have taken place in violation of federal public corruption laws, three intelligence officials said on condition of anonymity.

The new investigative track is in addition to Clinton’s use of a private email server. Investigators have already discovered classified information on it.

“The agents are investigating the possible intersection of Clinton Foundation donations, the dispensation of State Department contracts and whether regular processes were followed,” one source told Fox News.

In speaking to editors and reporters at the Des Moines [Iowa] Register, Clinton sought to downplay the second investigative track. Reporter Jennifer Jacobs said Clinton claims the FBI has not contacted her about it.

However, experts told Fox that the FBI does not have to notify a suspect they are the subject of an investigation. One of these experts was a former senior bureau agent.

“The development follows press reports over the past year about the potential overlap of State Department and Clinton Foundation work, and questions over whether donors benefited from their contacts inside the administration.”

The Clinton Foundation is a public charity, known as a 501(c)(3). “It had grants and contributions in excess of $144 million in 2013, the most current available data,” Fox News reported.

Inside the FBI, pressure is growing to pursue the case.

One source within the U.S. intelligence community said that career FBI agents who don’t consider politics when it comes to investigating cases, would be “screaming” if a prosecution of the faltering No. 1 Democratic presidential contender is not pursued, since “many previous public corruption cases have been made and successfully prosecuted with much less evidence than what is emerging in this investigation.”

Officials said that the bureau in particular is edgy following how the case against former CIA director and retired four-star Gen. David Petraeus went.

One of Fox’s three intel sources said a number of FBI agents believed that Petraeus was given too light a sentence for the act of sharing highly classified information with mistress and biographer Paula Broadwell, as well as giving false information to FBI agents regarding his actions.

Clinton case is much worse

Still, in the Petraeus case, exposure of classified data was believed to be limited. However, by comparison, in Clinton’s case, more than 1,300 emails have thus far been found to have been classified either when she received them or when she sent them, contrary to her public claims. The State Department, under current Secretary of State John Kerry, has sought to protect Clinton by challenging the “Top Secret” classification of at least two emails, but they were unsuccessful, and it’s now considered settled.

“It is unclear which of the two lines of inquiry was opened first by the FBI and whether they eventually will be combined and presented before a special grand jury,” Fox News continued. “One intelligence source said the public corruption angle dates back to at least April 2015. On their official website, the FBI lists ‘public corruption as the FBI’s top criminal priority.’”

The cable news channel says it has been told that about 100 FBI agents have been asked to sign non-disclosure agreements, meaning they cannot discuss the case publicly. Also, about 50 additional agents are on temporary assignment to work on the case.

The NDAs signify that the agents are handling highly classified information, or they serve as reminders that they are not to talk about the case outside of approved circles.