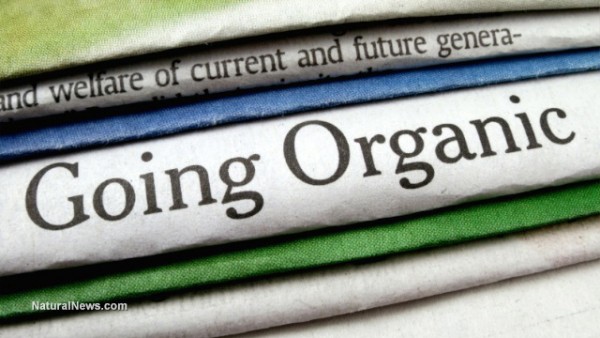 Anti-cancer diet books are a dime a dozen. Although many people want to reduce their risk of cancer through healthy eating habits, consumers find themselves drowning in a monsoon of conflicting information.

It’s time to simplify. The following are some general guidelines taken from Donald R. Yance and Arlene Valentine’s book Herbal Medicine, Healing & Cancer: A Comprehensive Program for Prevention and Treatment, which highlights the essentials of an anti-cancer diet.

First and foremost, it is essential to select foods of the highest quality. This means foods that are fresh, unprocessed, organically grown, non irradiated, and free of chemical additives. Long before the health food revolution of the 1960s, Dr. Weston A. Price, a pioneering dentist, rightly placed the blame for the increase in dental cavities in America on the increased consumption of white sugar, white flour, processed oils, and canned foods. His book Nutrition and Physical Degeneration is a classic I recommend highly.

Eating refined carbohydrates, such as white sugar and white flour, can cause abnormally high levels of blood glucose, a common factor in cancer. The excess glucose feeds the fermentation process of cancer cells and suppresses the immune system. Elevated glucose levels are seen three to eight times more often in people with active cancer. Another sign that the metabolism is not properly oxidizing the products of sugar breakdown is high blood lactic acid levels. This is also [frequently] seen in people with active cancer. The liver converts excess lactic acid back to glucose, thereby feeding the cancer’s growth. High lactic acid levels also contribute to the pain caused by cancer.

Why Organic Is Best

A balanced, healthy metabolism capable of inhibiting cancer requires a nutritionally adequate diet. Unfortunately, in today’s society, where fast food makes up close to 40 percent of food intake, a diet devoid of fresh vegetables and fruits is not uncommon. Moreover, most of the produce available to us is picked before it is ripe and may retain traces of pesticides or other chemical additives.

Processing foods disrupts the natural makeup of nutrients and adds chemicals, such as artificial colors and flavors; environmental pollutants, including industrial chemicals and radiation, add toxicity to the finished product.

Recent findings have linked many cancers, including lymphoma, sarcoma, leukemia, colon, lung, nose, prostate, breast, and ovarian cancer to the pesticides and herbicides in our foods. The increase in exposure to synthetic chemicals over the past forty years, along with the refinement of our food supply, may be responsible for the increase in cancer and other chronic illnesses.

Pesticides interfere with the enzyme systems of insects, many of which are similar to human enzyme systems. Measurements in human and animal tissues have shown that the enzyme systems are adversely affected by pesticides even at very low concentrations. There is no safe lower limit of dosage. Pesticide exposure eventually will result in illness. Preventive interventions must be taken now without waiting any longer for full scientific proof of the magnitude of the long-term effects.

Organic food is grown without exposure to chemical fertilizers or pesticides and without the use of growth hormones. Its nutritional quality is much higher than chemically processed food, particularly in trace elements, such as selenium and molybdenum, which are strong anticancer agents. It also nurtures the environment in which it is produced.

The healing power of fresh, organic food is more than the sum of its chemical nutrients. It contains many live enzymes released during the sprouting process when the plant is exposed to the sun’s energy. We know, for instance, that eating broccoli supplies us with dithiolthiones that trigger the formation of glutathione S-transferase, which in turn prevents carcinogens from damaging a cell’s DNA. By eating organic broccoli, we are assured that this process can take place unhampered by the chemical interference of pesticides or growth hormones. We derive vitality by eating foods that are vital themselves. It’s as simple as that.

Findings from a recent study concur with this view and have demonstrated that commercial foods are likely to be inferior in nutritional content to organically grown foods. Analyses of the elemental content of both organic and non-organic foods showed that many elements important for nutrition were present in greater amounts in the organic foods and that three potentially toxic elements (aluminum, lead, and mercury), though present, occurred in lesser amounts in the organic foods.

Meanwhile, population surveys show that nutritional deficiencies continue to be prevalent among children, teenagers, the elderly, and the institutionalized, including those in hospitals. Food irradiation is a growing concern that needs to be addressed by government regulation. Irradiated foods can cause chromosomal damage, especially in small children. A number of grassroots groups are working against the irradiation of foods, and these groups deserve our full support. Commercially grown potatoes and many of the spices on our grocery store shelves are just two examples of foods that are commonly irradiated. The person with cancer, especially, should avoid irradiated foods. Microwave ovens, which change the molecular structure of food, should also be avoided.

Eat cancer away by purchasing a copy of Herbal Medicine, Healing & Cancer: A Comprehensive Program for Prevention and Treatment here.