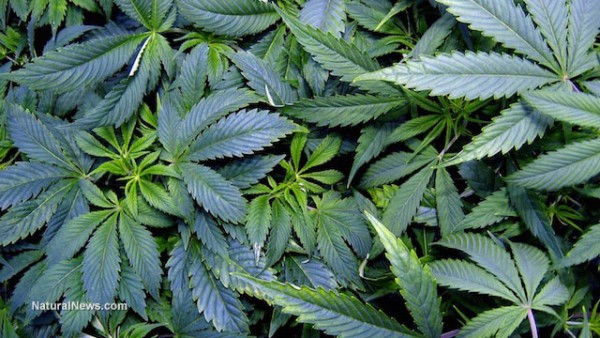 COPD, or chronic obstructive pulmonary disease, is a progressive disease which restricts a person’s breathing. While mainstream medicine claims the disease could only get worse, Big Pharma still advertises, and doctors still prescribe, all sorts of medications for people who suffer from it, purportedly to offer some kind of relief.

Unfortunately, the side effects of these medications are what put Jeff Waters into a coma in the first place.

Jeff, now a medical marijuana activist, was diagnosed with stage III COPD at the age of 36. At that time he was on 15 pharmaceutical drugs, including COPD drugs, high blood pressure meds and drugs for depression, anxiety, aggression, high cholesterol, insomnia and pain.

After spending nearly a month in intensive care going in and out of a coma due to those drugs, Jeff decided to find a better way to handle his COPD.

Jeff managed to get his hands on FECO (full-extract cannabis oil) made with full-spectrum cannabis that includes THC and uses grain alcohol as the solvent. He managed to get up to a half gram twice daily.

Soon enough, he was walking two to five miles daily without lugging an oxygen tank around. Prior to using cannabis, he couldn’t even climb a flight of stairs. Eventually, his weight went from 189 pounds to a more frame-appropriate 142 pounds. His blood pressure even went back to normal, even without taking medications for it.

Until recently, Jeff had to restrict his activities according to his oxygen tank’s logistics and be assured that his COPD meds were nearby. Now, Jeff proudly states, “My inhalers and nebulizers collect dust in storage and I sold my oxygen concentrator and I walk every day and occasionally jog. I no longer set limits on what exercise or anything else I can do!”

While many employers do drug checks and don’t fully understand the positive health benefits of marijuana, Jeff is proud to report that he’s working full-time now, in a local grocery store.

How to take cannabis