Was Oklahoma’s third strongest earthquake in history a result of fracking? 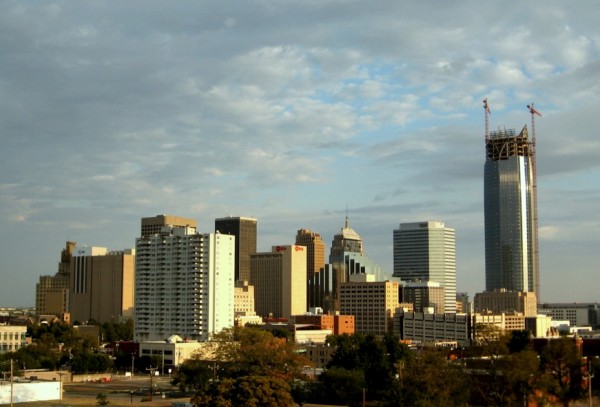 The most lucrative industries, aided and abetted by the U.S. government’s protective policies, routinely conceal the adverse health and environmental impacts caused by their destructive operations. When it comes to fracking, the oil and gas industry is no exception.

Over Valentine’s Day weekend, Okla. experienced its third-largest earthquake, which registered a magnitude of 5.1 and was followed by a 3.9 aftershock. Known for its friendly relationship with fracking, the Sooner State has endured an unusually high number of earthquakes in recent times – leading scientists to question whether the cons of fracking outweigh the benefits.

Hydraulic fracturing – or fracking – was first deployed in the 1940s, however, due to technological advancements, has grown increasingly more popular among oil and gas companies. By drilling horizontally into underground shale formations, before injecting a mixture of nearly 200 chemicals at high pressures to crack open solid rock, frackers are given access to precious natural oil and gas reserves.

Fracking is profitable, but is it safe?

It’s predicted that fracking will position America as the world’s leader in oil production, surpassing Saudi Arabia in the next year or two, and being entirely energy self-sufficient by 2035, Al Jazeera reported. But there’s just one problem: Fracking has dire consequences for public health and the environment.

The Natural Resources Defense Council (NRDC), an effective environmental action group, highlights scientific studies that connect fracking to air, water and land pollution, as well as increases in cancer and birth defects among those living near drilling sites. Fracking is also associated with increased seismic activity, which may result in irreversible landscape alterations.

The NRDC reveals that the oil and gas industry has drilled hundreds of thousands of new wells across the U.S. over the last decade, a practice that correlates directly with the rising number of earthquakes.

“Between the years 1973–2008, there was an average of 21 earthquakes of magnitude three and larger in the central and eastern United States. This rate jumped to an average of 99 M3+ earthquakes per year in 2009–2013, and the rate continues to rise,” according to the U.S. Geological Survey.

In 2014 alone, over 650 M3 and larger earthquakes struck the U.S., with one of the largest, being the M5.6 in Prague, Oklahoma, where lawmakers do not conceal their love of fracking.

“Contributions from the fracking industry to all Oklahoma congressional candidates increased by 84 percent between the 2004 and 2010 campaign cycles, from $223,869 to $414,450,” reports Citizens for Responsibility and Ethics in Washington, a nonprofit dedicated to holding politicians accountable.

More earthquakes than anywhere else in the world

The oil and gas industry is king in Oklahoma; in fact, the state is one of the top producers of natural gas, an “achievement” accompanied by some serious downfalls. The Sooner State is now believed to experience more earthquakes than anywhere else in the world, according to a spokesman for the Oklahoma Corporation Commission, which oversees the state’s oil and gas industry. And it’s no secret that those earthquakes are being driven by fracking.

Last summer, Okla. Gov. Mary Fallin admitted that there was a “direct correlation between the increase of earthquakes that we’ve seen in Oklahoma [and] disposal wells.” Disposal wells or deep injection wells are sites underground in which the fracking industry disposes of toxic fluids used in the fracking process.

Despite the unintended consequences of fracking, economic profitability takes precedence.

“We want to do it wisely without harming the economic activity we certainly enjoy and the revenue, quite frankly, we certainly enjoy,” said Fallin. “The council has worked very hard to ensure the energy sector, state agencies, environmentalists and academia are all talking and sharing that data and we have a scientific-based approach to reducing seismicity in our state.”