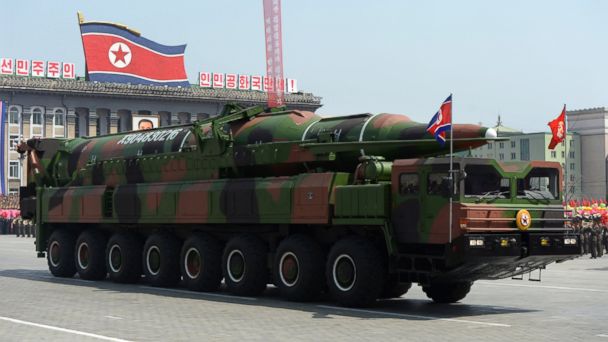 (NationalSecurity.news) The ballistic missile and nuclear capability from North Korea is advancing and threatens to further destabilize not only Asia but also U.S. national security, Pentagon officials have said.

As reported by the Washington Free Beacon, a new report to Congress that was made public last week concludes that North Korea’s intercontinental ballistic missile technology is improving, posing a direct threat to the continental United States. In addition, the report notes that Pyongyang is deploying new road-mobile and submarine-launched missiles as it further diversifies its ICBM arsenal.

The upgrades have led the Pentagon to bolster its cooperation with regional powers including South Korea and Japan, as well as other nations, in order to counter “the continued and growing threat from North Korea, its nuclear and missile programs, and its proliferation of related technology,” the report noted.

The 30-page report also said the U.S. is currently providing “extended deterrence” via its nuclear and conventional military forces.

Regarding the North Korean nuclear threat, the report focused on missile programs as a major concern.

“North Korea’s continued pursuit of nuclear technology and capabilities and development of intermediate- and long-range ballistic missile programs underscore the growing threat it poses to regional stability and U.S. national security,” the report said, as cited by the WFB.

“The country seems to be in the stage of the ejection testing, but not in the completion stage,” the official told the news agency.

“The SLBM program is scary to me because it has the new, Golf-class submarine, and the ‘new’ SSN-6 missile to successfully threaten American bases and territory,” Bruce Bechtol, a former Defense Intelligence Agency expert on North Korea, told the WFB. “To discount this ongoing development is to discount the national security of the United States.”

Earlier this month North Korea launched a rocket in violation of UN Security Council sanctions, claiming to put a satellite into orbit. But experts believe the satellite launch was cover for a ballistic missile test. CNN reported that the council would consider placing additional sanctions on Pyongyang at a subsequent emergency meeting.

U.N. Secretary-General Ban Ki-moon said the launch is “deeply deplorable” and in violation of Security Council resolutions “despite the united plea of the international community against such an act.”

In response to that launch and a suspected underground nuclear test in January by North Korea, the U.S. is in talks with South Korean officials regarding the placement of missile defense systems in that country.

North Korea’s pattern of conducting small-scale military attacks combined with its nuclear and missile developments and its arms proliferation, all of which are considered provocative, “pose a serious threat to the United States, the region, and the world,” the report said.

NationalSecurity.news is part of the USA Features Media network of sites.