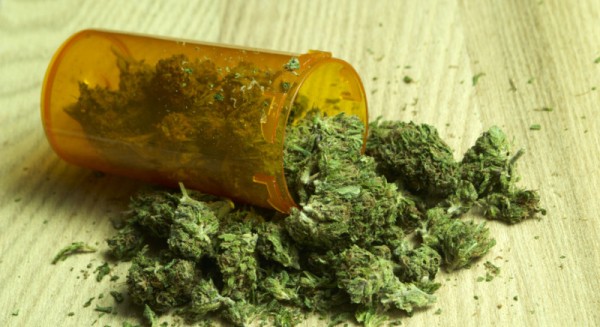 To prove just how effective cannabis can be in dealing with often life-threatening illnesses, an anonymous Australian woman in her mid-50s decided to post a YouTube video detailing how cannabis helped eliminate her stage IV lung cancer. She was initially given a mere six months to live. Her doctor suggested chemotherapy to prolong her life, but with no assurances that it would cure her cancer.

Given the lack of options, her daughter suggested they turn to the Internet to look for more information on the healing effects of cannabis. Given that Australia currently doesn’t have provisions for medical marijuana, the lady opted to locate underground sources of cannabis oil to proceed. While doing so, she also took oral chemo Tarceva tablets as prescribed.

While the woman remained anonymous throughout the video, it was still incredibly courageous of her to share her inspiring story to the online community. To prove the veracity of her claims, she displayed before and after PET scans in the video to prove that cannabis, indeed, helped remove traces of lung cancer within three months.

She also mentioned she got a lot of help both from a Facebook Group Site called “Cannabis Oil Success Stories” and from Chris Wark of the Chris Beat Cancer website.

At the beginning, her attempts with cannabis oil where unsuccessful, since the psychotropic effect of THC was too much for her body, even with low doses. She and her husband then decided to use what they termed the “back door method” of delivering cannabis oil. They mixed a half ml of cannabis oil with a half ml of coconut oil and placed it into a syringe.

The syringe was inserted anally twice daily, thereby giving her the benefits  of 1 ml of cannabis daily minus the unwelcome marijuana high.

The woman told her doctor about her usage of cannabis oil, but said she couldn’t recommend it, because it’s illegal in Australia. From a “death sentence” of six months, she was cured by cannabis oil in almost four. Her cannabis treatment started in May 20, 2014, and her cancer was gone by Sept. 3, 2014.