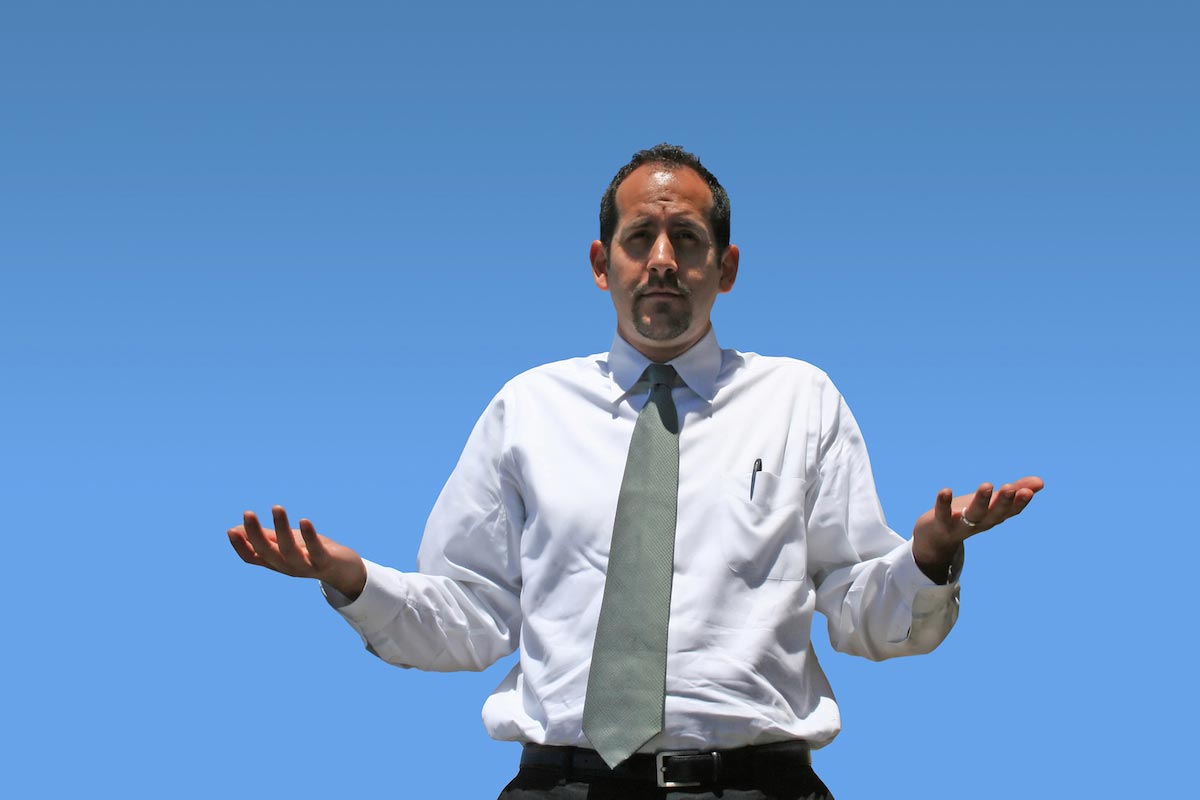 Well, this is awkward.

As the new year began, the 20th largest bank on the planet issued a dire financial warning to investor clients advising them to “sell everything” and prepare for a “cataclysmic” 2016.

As reported by CNNMoney:

[Roberts] said the bank’s red flags for 2016 — falling oil, volatility in China, shrinking world trade, rising debt, weak corporate loans and deflation — had all been seen in just the first week of trading.

“We think investors should be afraid,” he said.

But that is just the opposite of what the deniers of reality are saying over at MarketWatch, where writers and “analysts” are essentially telling Roberts that he’s a clueless idiot, while not mentioning him specifically.

One article, “Why it’s wrong to sell everything when markets fall,” by Anora Mahmudova, a New York-based reporter, attempts to fool readers into thinking that the markets really aren’t as bad as they actually are – that Wizard of Oz moment when Dorothy and her friends are urged to “pay no attention to that man behind the curtain.”

The drumbeat of bearishness is reaching a crescendo. Scary, attention-grabbing headlines have become the norm in a market overwhelmed by fear after U.S. stocks kicked off 2016 with the worst calendar-year beginning ever. And it isn’t as if 2015’s returns were anything to be cheerful about.

Regular readers on MarketWatch, for example, have been subjected to headlines ranging from “it isn’t a good time to buy” to the more extreme calls to “sell everything.”

She quotes Michael Batnick, director of research at Ritholtz Wealth Management and blogger at The Irrelevant Investor, who says: “For a lay person, the ‘sell everything’ type of stories have no value and are pure entertainment and should be taken as such.”

Really? So – Andrew Roberts of RSB is not a financial and credit expert but an entertainer who can’t be taken seriously?

Roberts – along with other market analysts – see oil dipping to below $20 a barrel; in fact, Roberts warns, if it gets below $30, then $16 is next on the horizon.

He goes on to point out that, instead of wallowing in massive growth, the global economy is actually in a recession. Take everything together, he says, and that means investors ought to now be thinking about getting a “return of capital, not return on capital.”

His bank, in fact, is comparing the current market mood and conditions with those of 2008, before Lehman Bros. collapsed and the Great Recession kicked off.

Would someone in Roberts’ position make such an impactful claim for “entertainment” purposes?

Unlike MarketWatch, Roberts and RBS don’t have to publish “clickbait” articles in order to garner attention. His job and the duty of his bank is to protect assets and investments of customers and clients.

Trading – investing – is a profit-seeking endeavor. Why would a bank tell its own clients to sell instead of continuing to engage in a profit-generating endeavor, when much of the bank’s own income is tied to that very financial activity?

Maybe Roberts has a ulterior motive – but what would it be? Wouldn’t he be more interested in protecting the financial position of his employer? That would only make sense, wouldn’t it?

“In the long term, stock prices do follow earnings, but in the short term, there is too much noise. Even if you had a crystal ball which said with a 100% certainty what earnings next year would be, nobody has any idea what the multiple is going to be or where the interest rates are going to be—there are so many variables that it’s impossible to predict where the prices will end up,” Batnick said.

So – if it’s “impossible to predict” pricing, how does Batnick, a research director, even have a job? Isn’t it his job to know such things?

Roberts would never issue such a dire warning unless he saw something on the horizon that warranted it. Batnick’s – and MarketWatch’s – motivations seem to be less than honorable.