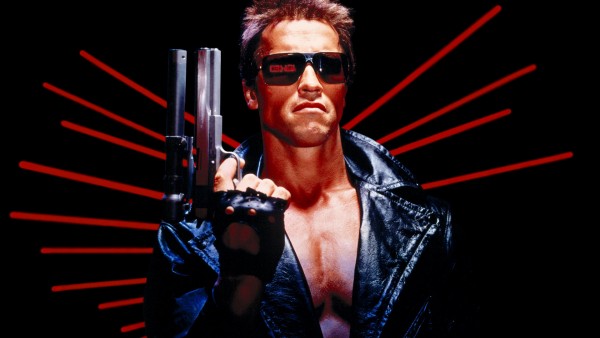 So often Hollywood serves as a sort of idea test-bed for futuristic scientific concepts that often have a habit of becoming reality, but back in 1984 when The Terminator was released, hardly anyone believed that “killer robots” would someday become a reality.

But today, as robotics becomes a much more mature scientific field of study, the possibility that governments or private entities could “program” killer robots to take out certain targets or even entire populations is not so far-fetched anymore. In fact, it’s downright chilling.

As reported by the UK’s Daily Mail, such robots could execute without any human intervention, and they’re about to become a reality within a few years unless there is some sort of global ban implemented by the world’s nations, a leading scientist is warning.

Yale University ethicist Wendell Wallach recently called on the U.S. government, lead the way by outlawing such machines on the basis that they are blatant violations of international humanitarian law.

He also warned that the evolving technology has become so advanced that a robot that is capable of making its own decision to kill is not far off, and could even resemble so-called “rogue” machines, like those played by Arnold Schwarzenegger in the “Terminator” films.

“The basic idea is there is a need for concerted action to keep technology a good servant and not let it become a dangerous master,” Wallach said.

Last year Stephen Hawking voiced similar sentiments in an open letter where he argued that the development of Artificial Intelligence (AI) should not continue without some control, lest Mankind put itself at danger, even of extinction.

Then, Hawking told Techworld, “Computers will overtake humans with AI at some within the next 100 years. When that happens, we need to make sure the computers have goals aligned with ours.

“Our future is a race between the growing power of technology and the wisdom with which we use it,” Hawking continued.

As for Wallach, he said he believes that there ought to be ethical committees established to monitor the development of AI and to report on potentially dangerous advances in the technology.

In comments to the Sunday Times, Wallach noted, “One of the concerns voiced by critics of military robots is the prospect that robotic weaponry will lower the psychological barriers to starting wars.

“Another major concern is that robotic fighting machines in the relatively near future could autonomously initiate lethal activity,” he added.

Unemployment could be a major side-effect

The Pentagon is actively developing autonomous weapons and in fact has recently asked Congress for $19 billion to support and increase funding for the development. Other nations like Russia are also working on robotic weapons development.

In the meantime, other leading scientists are claiming that robots soon will be able to do just about everything that humans are able to do, which will also result in massive job losses over the next 30 years.

Moshe Vardi, director of the Institute for Information Technology at Rice University in Texas, said, “We are approaching a time when machines will be able to outperform humans at almost any task.

“I believe that society needs to confront this question before it is upon us: If machines are capable of doing almost any work humans can do, what will humans do?” he said during a panel discussion on AI at the annual meeting of the American Association for the Advancement of Science.

He added that there will likely always be a need for human labor in the future, but robotic replacements are going to radically change the labor market in the future, and that no profession is safe. Men and women will be affected equally, he added.